From Novak Djokovic to Roger Federer’s coach, tennis fraternity sees Jannik Sinner as a star in the making 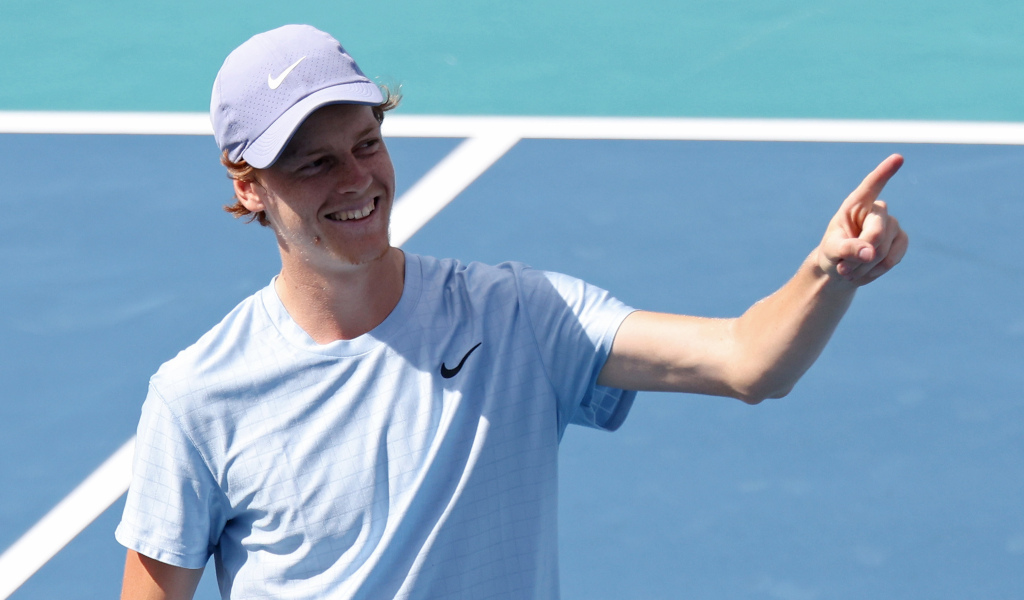 Novak Djokovic believes he will be the next “top, top player” while Roger Federer’s coach Ivan Ljubicic has described him as “pure talent” and it is easy to see why Jannik Sinner is one of the most highly-rated youngsters in tennis.

He may have come up short in his maiden ATP Masters 1000 final, losing 7-6 (7-4), 6-4 against Hubert Hurkacz at the Miami Open, but big things have been predicted for the teenager by current tennis players, legends, coaches and pundits.

Sinner beat the likes of Karen Khachanov and Roberto Bautista Agut en route to the final while outside of Miami he also has wins over the likes of Stefanos Tsitsipas and Alexander Zverev under his belt.

The Italian climbed eight places to a career-high No 23 in the ATP Rankings on the back of his run at the Hard Rock Stadium, but many believe he is destined for top spot.

Reigning world No 1 Novak Djokovic is one of those with the 18-time Grand Slam winner stating at the end of the 2020 season that Sinner is headed for the top.

“I definitely see a lot of quality in the young players,” the Serbian said. “(Sinner) definitely possesses a game that is powerful and is with a lot of quality, and you can say he has the potential to be a top player of the world.

“Sinner is definitely, I would say, the leader of the guys younger than (Alexander) Zverev and (Stefanos) Tsitsipas, who I think by many experts’ opinions the next ‘top’ top player.”

World No 11 Roberto Bautista Agut, who lost in the Miami semi-final against Sinner.

“He’s playing great, he’s very solid and he has very good strokes. Jannik is playing great… I have to say he will be one of the best players in the world.”

World No 42 Alexander Bublik after being beaten in the Miami Open quarter-final by Sinner.

“He’s not [human]. That’s a fact. I asked him if he’s a human or not, because for me, it’s very surprising that the guy at his age has this mental toughness that many, many other players don’t have. I called him a robot a couple of times during the match, but I do it in a very sincere way because he’s a really, really a great player.”

“Jannik Sinner is pure talent, in the technical, mental and physical terms. These three things together are useful if you want to be Alberto Tomba in tennis. In my opinion, he is taking step by step, winning one small title in Sofia so far and knowing how hard he has to work to reach the top.”

Former British No 1 and BBC and Eurosport pundit Tim Henman at the 2020 French Open.

“He [Sinner] has been developing really well over the last 18 months really, obviously we’ve had a bit of a break. He won the Next Generation Championships in Milan, his game’s improving all the time and I still think there are areas he can do better. His first serve is improving, his movement is OK, but I think he can get faster and stronger. This time next year, I expect him to be in the top 10, he’s that good a prospect.”

“He seems to have such great court awareness and great tennis IQ. The thing is, he might do a bit more damage against Rafa [Nadal] on a faster court because he is a power player and he’s got a big serve.”