There are few more beautiful sights in sport than a perfectly prepared grass tennis courts, with the 20 grass courts at London’s Queen’s Club boasting a proud history of being the best in the world.

Joe Tyler from Henman Communications caught up with Queen’s Club grounds manager Graham Kimpton to give Tennis365 an insight into how he manicures the perfect grass court.

What makes the perfect grass court?
Well, not sure how long you’ve got! It’s lots of attention-to-detail – what we’re really looking for is good bounce, true bounce, pace – everyone says “Ah the grass courts are so slow compared to years ago”. I don’t think that’s quite true – I think the balls have changed a lot – they’ve got slightly bigger, slightly fluffier, so the balls don’t fly through the air quite so quick. We’re also looking for traction for the players. Obviously a grass court is a bit more slippery than a clay court or a hard court, but they need to be able to stand up on it and get traction to play the rallies. 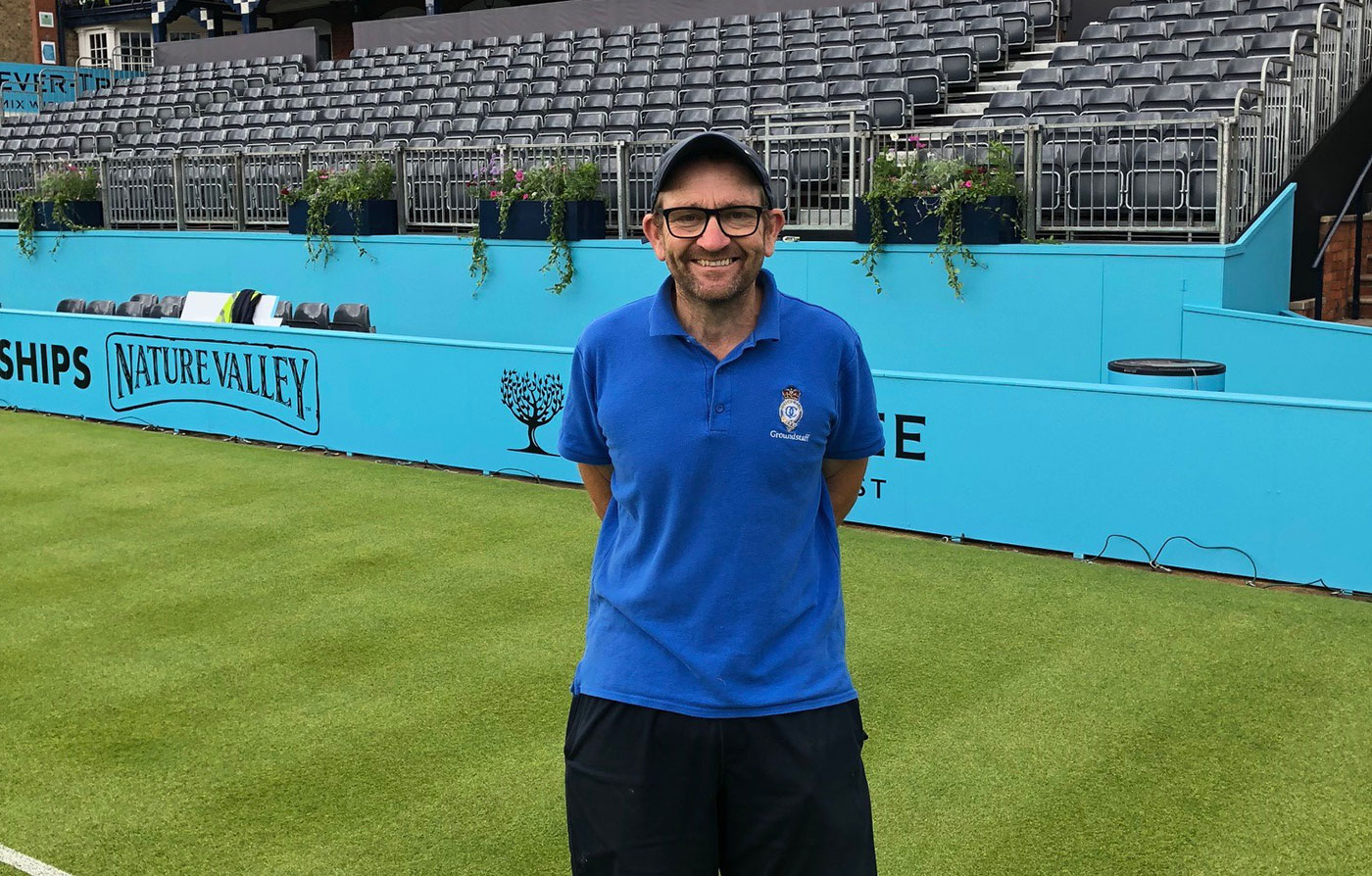 What qualities does a top class grass court player need to succeed?
A key element is being flexible and able to react to the conditions. Obviously the big servers do well because the ball comes away quickly, so you need a big serve. Also if you just win your serve, you may not ever win a tennis match, as you could get done in the tie-break. You’ve got to be able to return, have great reactions, be able to read the ball off the bounce, and be able to move on grass. That’s where some of the clay courters come unstuck, because they’re not so good at moving. Whereas, you look at some of the greats like Roger Federer and Pete Sampras – the way that they could move across the grass – very light on their feet, and yet generating lots of power.

What do you do for the 51 weeks of the year when the world’s top players are not playing at Queen’s Club?
We obviously gear our calendar largely around the tournament. However, we are a members club, so we are constantly trying to improve the club for our members, be it the grass courts, hard, courts, clay courts, whatever it may be. The preparations for next year’s Championships will start the day after the upcoming tournament finishes. Centre Court is only really used for the Championships. 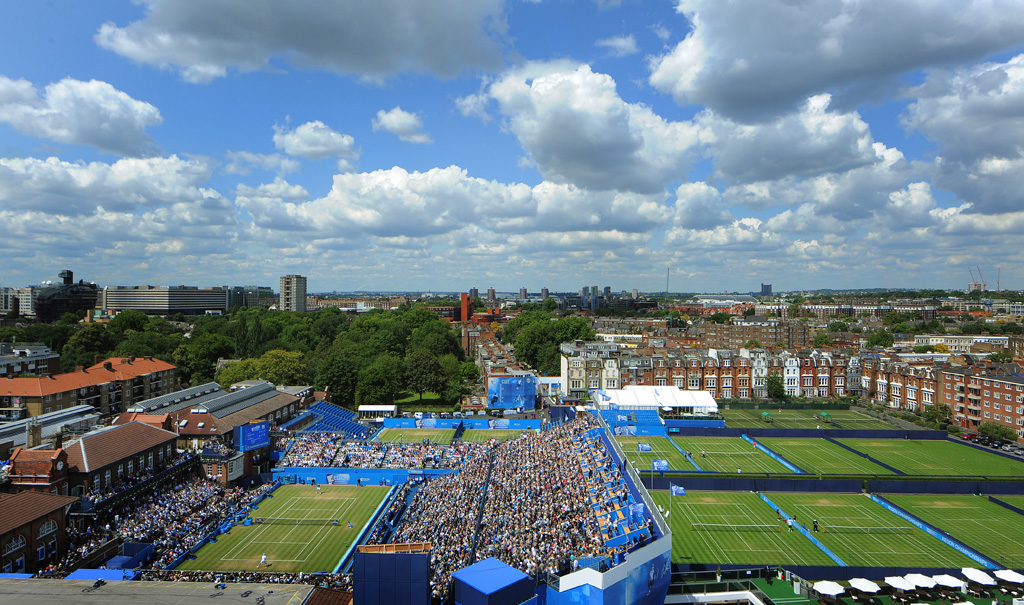 What is the perfect weather conditions to prepare a grass court?
What you really want is a nice temperature – maybe 23, 24 degrees, and maybe a light breeze, and the odd bit of rain. You don’t want rain too much and you don’t want a complete drought. In a way we’re farmers – we like a little bit of everything. All things in moderation – not too hot, not too wet. No matter what weather comes, we’ll be moaning about it!

Is there a big difference in the grass courts at Wimbledon and those you work on at Queen’s Club?
Someone in our industry they could probably tell the difference. We do some things differently, but not an awful lot. The biggest difference will be the soil composition – which is more of where the soil comes from, as opposed to clay content – and the biggest one will be the grass seed choice. We’re 50/55% rye grass and they’re 100% – but we just prefer some other grasses in there as well. 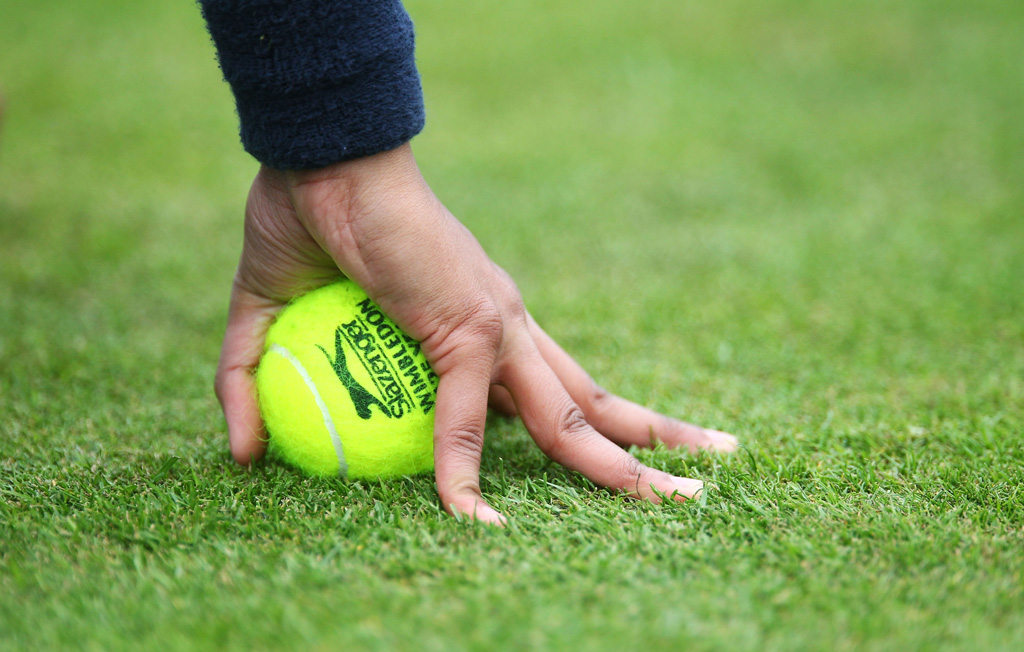 You don’t just have grass courts at Queen’s so are you also an expert in preparing clay courts?
We’ve got 20 grass courts, 6 clay courts (which I would like to say are of international standard), with the Davis Cup team coming to practise here whenever they have a tie on clay. We had Kyle Edmund coming to practise on our clay – as they’re known in the industry to be very good and are the red traditional clay, as opposed to the green clay which a lot of clubs have now

How did you end up landing this role at Queen’s Club?
I started working at Queen’s in 1984. My dad was already head groundsman here then. He started at Queen’s in 1966, so he had already been here some time. He retired from here in 2008, so it was quite a long handover period.

What would you say is the biggest challenge ahead of the big ATP event here every year?
Trying to keep our 4000 members happy, whilst getting everything ready for an international standard tournament (Fever Tree Championships) can be quite a challenge – but one that we’re up for.

Local school children affected by the Grenfell Tower fire attended the Fever Tree Championships on Monday 18th June, courtesy of the LTA. To help raise vital charity funds for those left injured, bereaved, or homeless by the disaster, please visit: www.ebay.co.uk/usr/westwaysportsandfitness to bid on an auction item, or https://www.justgiving.com/fundraising/rally4grenfell to make a donation.