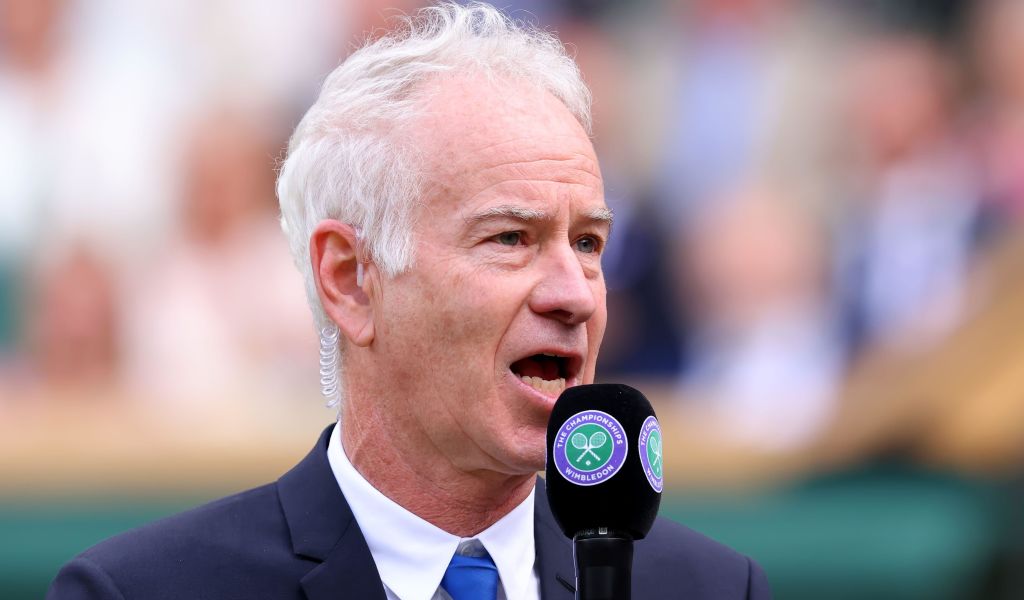 Former World No 1 John McEnroe was one of the first superstars of tennis in the open era and his business savvy is an example to the players of today and the future.

McEnroe was one of the first to command silly money appearance fees and was a popular choice for exhibition events long after he had passed his prime.

During a glittering career, he won 77 career singles titles among them seven Grand Slams.

McEnroe also won 78 doubles titles with nine of those coming at Majors.

A former Davis Cup captain, McEnroe still has active involvement in the game as the non-playing captain of Team World in the Laver Cup.

McEnroe was named as the World Number 1 Male Player of the Year in 1984, and he was honoured with the Davis Cup Commitment Award in 2014.

He has also served as a commentator at Wimbledon, the US Open, the Australian Open, and several other ATP tournaments.

McEnroe’s gig with the BBC nets him a tidy sum but he has managed his fortune well and ranks as one of the wealthiest former players especially relative to other players of his generation.

How much is John McEnroe worth?

The most recent estimates place John McEnroe’s net worth at a staggering $100 million.

His official prize money total came to $12,552,132 but McEnroe undoubtedly earned far more from the game during his playing days.

Aside from a few short acting gigs, McEnroe has also played in a touring rock band and owns several properties together with his wife, former Scandal singer Patty Smyth.

The power couple own several valuable homes in Malibu, California and McEnroe has owned an upmarket art gallery in Manhattan since 1993.

McEnroe and Smyth bought a ranch-style home for $3.35 million in 2013, and two years later in 2015, they forked out an eye-watering $21 million for an oceanfront home in Malibu’s exclusive Paradise Cove.

It has been reported that the couple also own around $50 million worth of real estate in Los Angeles.

McEnroe sold a home owned by late-night TV icon Johnny Carson on Carbon Beach in Malibu netting a tidy profit from the sale.

In 1999 the couple also bought a property in New York’s Hamptons for $4.2 million.

McEnroe has been able to earn money away from tennis, as the voice of Netflix series “Never Have I Ever” and has also appeared on numerous sitcoms, game shows and talk shows.

He has been featured in and the subject of numerous documentaries but none more candid than the 2022 offering McEnroe which gives viewers intimate insights into the life of the tortured genius.