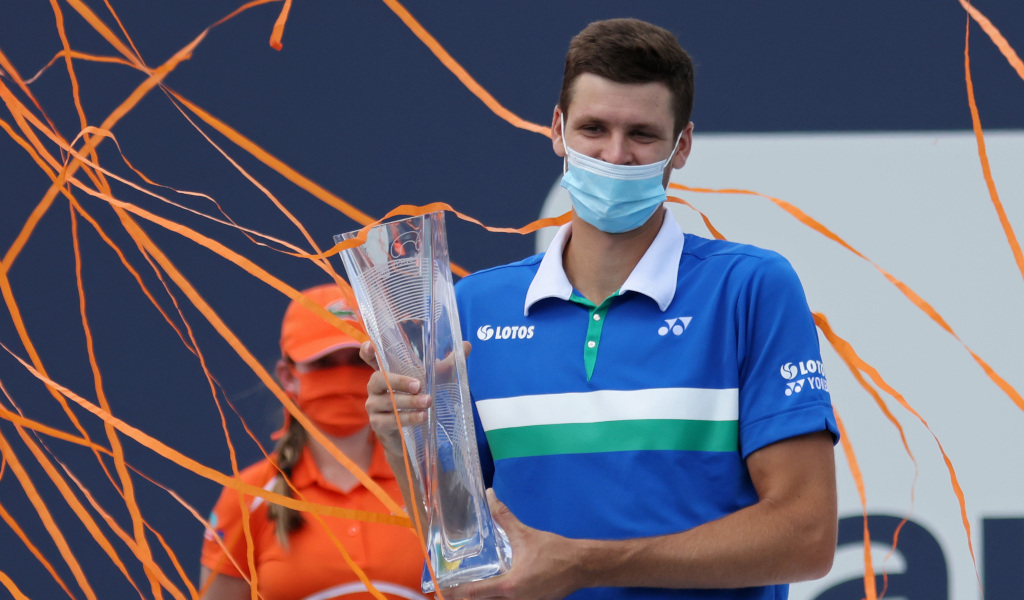 Poland is not a country considered a traditional tennis powerhouse, but rising stars Iga Swiatek and Hubert Hurkacz have given the European nation a big tennis boost.

Of course, there have been some great Polish players over the years and the best was arguably Agnieszka Radwanska, a former world No 2 and runner-up at Wimbledon in 2012.

Despite her popularity and evident talent, Radwanska was never quite able to break through and win a Grand Slam. Neither was Jadwiga Jędrzejowska, a runner-up at three majors in the late 1930s.

Meanwhile, whilst the likes of Jerzy Janowicz and Lukas Kubot had some success on the ATP Tour in the past decade or so, neither was able to consistently reach great heights.

However, with Swiatek and Hurkacz things could be very exciting for Polish tennis in the years to come.

Swiatek catapulted into the limelight following her incredible run to the French Open title last October, and it is hard to imagine a world where she does not win more big titles in the future.

🥏It has been announced some time ago but because of pandemic I got my trophy in Miami. Isn’t it nice? Thank you @wta for the recognition and this beautiful frisbee (plate).

2020 WTA Most Improved Player of the Year. pic.twitter.com/N9TdTsyHS0

Having been ranked outside of the top 50 before her triumph at Roland Garros, the 19-year-old is now ranked 16th and picked up a second career title at the Adelaide International in February.

She is a supremely talented player with very few weaknesses in her game and great variety, and she is capable of success on all surfaces.

Despite being a few years older than his compatriot, 24-year-old Hurkacz has revealed he has taken inspiration from Swiatek following her recent success.

Speaking at the Miami Open, he said: “I was super proud of Iga. What she has done at the French Open was amazing.

“I think that gave the belief for us, for me, myself and the younger player in Poland that it’s possible to win those big titles.”

Now, Hurkacz has matched Swiatek’s ranking of 16th on the ATP following his run to the title in Miami.

The men’s draw at the Masters 1000 Miami Open was certainly open, with several notable withdrawals beforehand, and it was the Pole who took the golden opportunity presented to him.

That does not mean that he had an easy run to the final. He beat sixth seed Denis Shapovalov in the third round, before rallying from a set down to beat Milos Raonic in the fourth round and from a set and a break down to beat second seed Stefanos Tsitsipas in the last eight.

His win over Tsitsipas was one of the biggest of his career, and he backed that up by beating Andrey Rublev in the last four before overcoming young gun Jannik Sinner to win the third – and by far the biggest – title of his career.

Hurkacz was the underdog in all his matches from the third round onwards, and his wins after that stage show that he is not only incredibly talented but also mentally tough.

He had struggled after winning his second career title in Delray Beach in January, losing in the first round of the Australian Open, but this victory at a Masters 1000 event will surely provide a huge boost for him.

Still only 24, Hurkacz has not attracted as much attention as the likes of Tsitsipas and Rublev, but he has now won a Masters title before either of them and there is no reason why he can’t match their achievements and reach the top 20.

Both Hurkacz and Swiatek have made significant breakthroughs over the past few months and have given themselves the platform to push on even further.

Outside of their big triumphs, they have comparatively few points to defend so the opportunity is certainly there for them to push on even further up the rankings.

Whether that will be the case remains to be seen, but it is hard to bet against them inspiring the next generation of Polish tennis players.