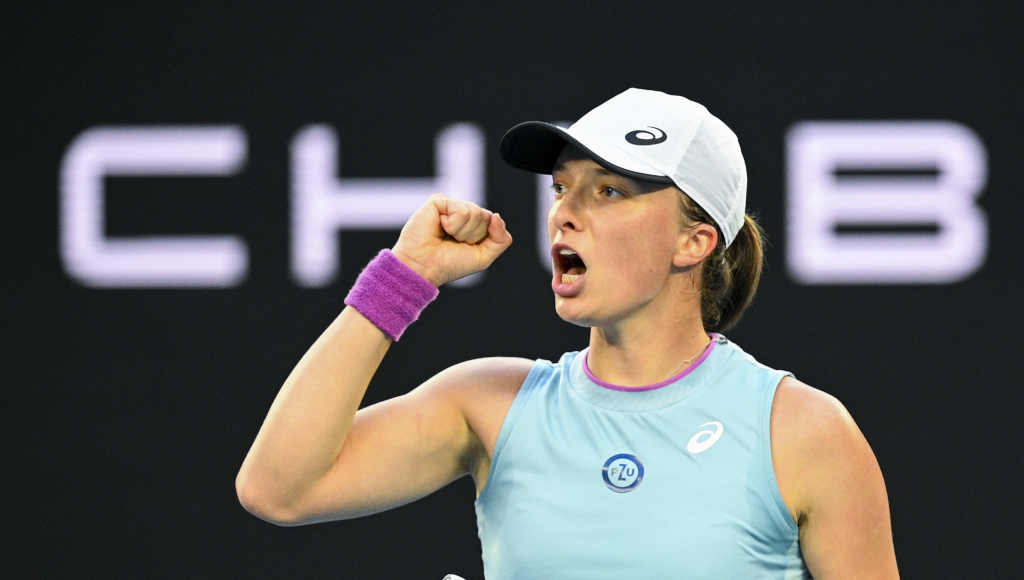 Andy Murray “loves her game” and as she rapidly becomes a prominent figure on the WTA Tour, countless more will become fans of Iga Swiatek in the next decade.

Very few players have risen from relative obscurity to one of the most dominant forces in the game in the way the teenager has in recent months.

The Pole was outside the top 50 of the WTA Rankings when the Tour resumed in August after the Covid-19 suspension, but now finds herself at a career high of 15.

Without the revised system Swiatek would be even higher up due to her French Open triumph and her second title in Adelaide the past weekend.

Her game is built around her forehand, one of the biggest and most potent on the Tour, though the overall variety within her game means she will likely be a threat on any surface in the next few years.

A second career title for @iga_swiatek as she defeats Bencic 6-2, 6-2 to secure the @AdelaideTennis women’s singles title! 🏆 pic.twitter.com/wtiso8yrYr

Many believe that hard courts will prove to be her strongest surface, though her triumph on the clay of Roland Garros and her run to the Girls’ Singles title at Wimbledon just three years ago show she is well and truly adept on all surfaces.

Swiatek herself believes she is capable of success at any tournament and revealed after her triumph in Paris last October that completing the Career Grand Slam and becoming a consistent force in the game were major goals.

“My main goal now is to be consistent and to experience the top-10 of the rankings for a long period of time,” she said. “I struggle with consistency but my long-term goal and dream is of course to win all four Grand Slams.

“Actually I felt it was a little bit more like a dream than a goal… but it’s not a dream anymore after I’ve won the French Open!”

Three-time Grand Slam winner and former world No 1 Murray was certainly impressed with her performance at Roland Garros as after the final he commented: “Ridiculous performance today and the whole tournament. Love her game.” 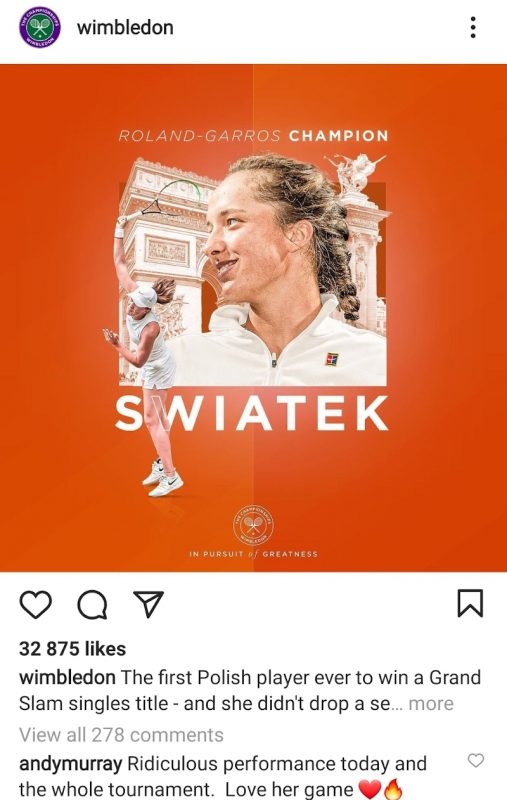 What is perhaps most exciting for many about Swiatek is not only her evident talent but also her age, with the Pole not turning 20 until May.

This has led to natural excitement about many of the potential rivalries she could form with players of her or a similar generation, most notably four-time major winner Naomi Osaka.

Osaka and Swiatek are good friends off court, having met in a practice session in 2019, and though they have only played once so far a potential rivalry between the two is something that might drive the sport in recent years.

As well as Osaka, Swiatek also fits in with a generation of players such as Bianca Andreescu, Aryna Sabalenka and Sofia Kenin who could become leading figures in women’s tennis.

Some have criticised the WTA for not having consistent and high-profile rivalries in recent seasons and Swiatek could be involved in a number of those types of rivalries, if she and others can maintain the high-level of tennis they have at times demonstrated.

Swiatek next plays in Dubai and, due to the ranking systems, finds herself seeded only ninth with the likes of Simona Halep, Petra Kvitova and Victoria Azarenka also all in action.

With such a stellar field to compete against and 1000 ranking points up for grabs, she will surely be relishing the opportunity to continue her rise up the rankings and become one of the dominant figures on the WTA Tour.