2018 REPORT CARD: Kyle Edmund made strides but maybe missed out on leaps 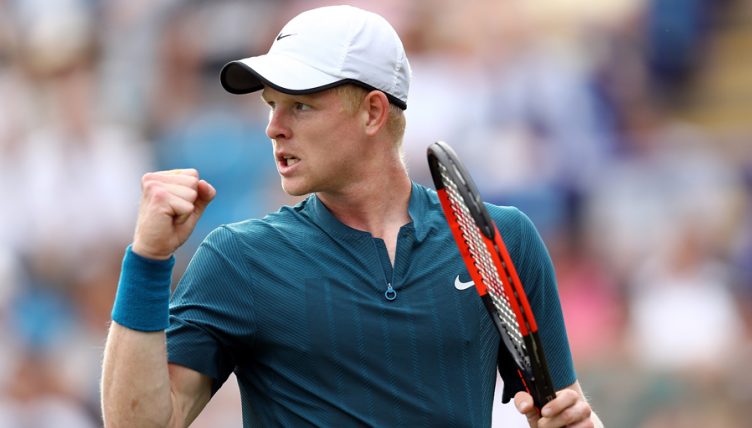 Kyle Edmund was a genuine breakout tennis star of 2018, but was he capable of achieving even more? We take a look at his report card.

Edmund started the season in sparkling form, powering his way to the Australian Open semi-finals.

Marin Cilic ended his hopes of reaching the final, but it was still a great performance.

Sadly, though, Edmund was unable to come even close to repeating that in the other Slams.

The biggest disappointment will have unquestionably been at Wimbledon, where he lost to Novak Djokovic in the round of 32.

There is no shame in ever losing to Djokovic, of course, but he’d have had high hopes going into the competition.

He went out at the same stage of the French Open, where Fabio Fognini was too cute for him, and was dumped out of the first round at the US Open.

He also reached the final in Marrakesh, and was a semi-finalist in Beijing.

In terms of his Masters’ performance, the quarter finals in Madrid and Shanghai was as good as it got.

Edmund finished the season with an overall win-rate of 63% – by far a career high.

He was most consistent on clay, where he won two thirds of his matches.

Going by the ratings alone, Edmund’s season has been a complete success.

He went into the year ranked at number 50 in the world and finished at 14.

There likely isn’t a player on the planet who’d not take that kind of progress.

Edmund has had a great season – a genuine breakthrough season. It cannot be denied.

He has reached his first Grand Slam semi-final, won his first ranking title, and made a huge jump in the world rankings.

The frustration may be that he actually looked capable of a lot more, and there was probably an opportunity to break into the top ten with a stronger overall Grand Slam performance.

Nevertheless, had he been offered this season back at the start, he’d have gleefully taken it.