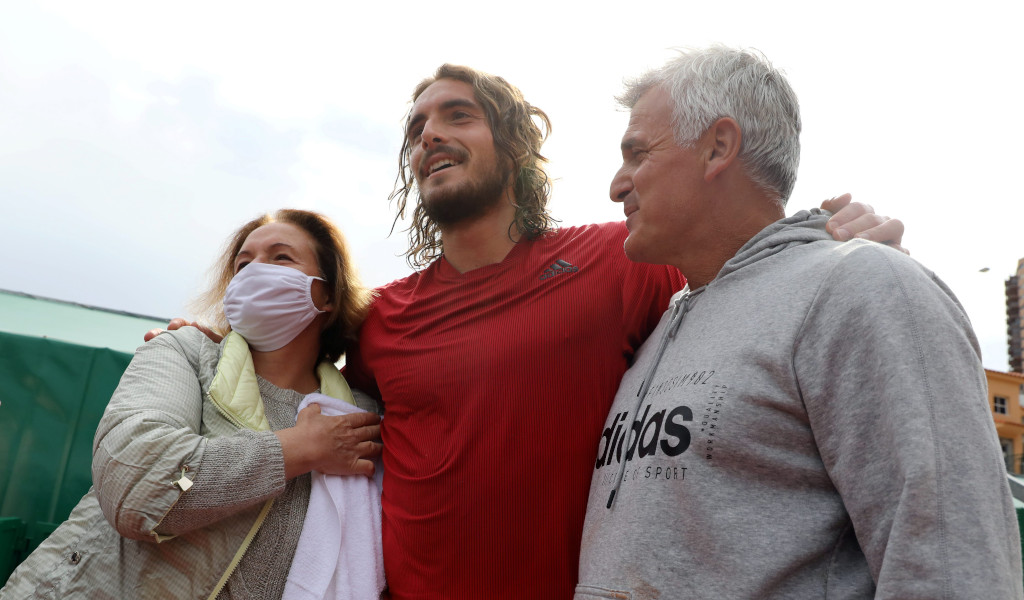 The Monte-Carlo Masters is now one of the most prestigious events on the ATP Tour, with only the elite of men’s tennis setting foot on its iconic clay courts.

Over the years several of the sport’s most iconic champions have graced the event and won the title, though it has not always been just at the top of the game.

The tournament used to host junior events, not only for rising ATP Tour stars but also for WTA junior players as they looked to rise up the rankings.

The daughter of leading Soviet Union footballer and Olympic gold medalist Sergei Salnikov, she was just 17-years-old when she lifted the trophy.

Salnikova proved to be a strong Fed Cup (now Billie Jean King Cup) player for her country during the early 1980s, but failed to progress too far in tour.

She reached a career high of 194th when she returned to the tour in 1990 after taking a break to study, by this point representing Greece, having taken up citizenship due to her marriage.

Though Salnikova may not have hit the heights in her career that may have been expected after winning such a prestigious junior event, 40 years on she has become a significant figure within the game.

For she is the mother of Stefanos Tsitsipas, the 22-year-old Greek who has just won one of the biggest titles of his career at Monte-Carlo.

It is Tsitsipas’ father, Apostolos, who has been his son’s main coach throughout the years, but it is the Greek’s mother who has arguably provided the most inspiration.

Let your dreams be your wings. 🏆

Monte-Carlo thank you for all the small things that add to the journey! Appreciation is a wonderful thing. @rolexmcmasters pic.twitter.com/0FsQUTXW2r

“The first time I walked in the Monte-Carlo Country Club with my mum, I think that was when I was six years old. She showed me her name up there. I remember seeing it for the first time. I was stunned. I was like, ‘Wow. That is really cool,” said Tsitsipas.

The world No 5 had not come close to winning in Monte-Carlo before this year and has faced criticism for failing to win enough big titles, with four of his five previous titles coming at ATP250 level.

However, with Novak Djokovic and Rafael Nadal losing early, it was the Greek who made the most of the opportunity presented to those still in the draw.

Tsitsipas did not drop a set throughout the event, beating rival Andrey Rublev fairly comprehensively in the final to capture a first Masters 1000 title and sixth career title overall.

Though the victory could just be perceived as another step in his progression, listening to Tsitsipas shows there is no doubt that his mother’s success in Monte-Carlo is also significant for him.

“I was thinking that it would be really cool to be in this together, like mother like son. That’s where the whole purpose came from,” he said. “I feel like there was an enormous amount of willingness to want to do more in order to be there with my mum.”

Very few players have Tsitsipas’ natural flair and talent. When the likes of Djokovic and Nadal fade or retire, it is difficult not to see him as one of those who win multiple Grand Slam titles and reach the top of the ATP Rankings.

However, though nothing in the future can be guaranteed, Tsitsipas’ name is guaranteed to be on display at the Monte-Carlo Country Club for decades to come.

Alongside that of his mom.