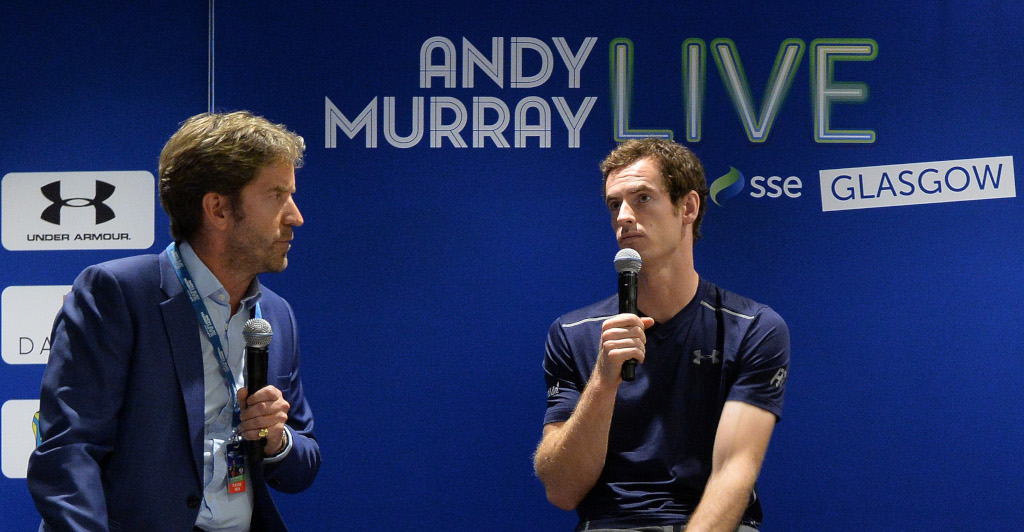 Marcus Buckland has witnessed Andy Murray’s greatest successes over the course of his 11 years as the host of Sky Sports’ coverage of the ATP Tour and he believes there could still be more to come from Britain’s greatest ever tennis player in 2019.

Ahead of Sky’s coverage of the Paris Masters event next week, Marcus sat down with Tennis365.com for an exclusive interview that focused on Murray’s journey over the last decade.

Tennis365: Have we seen the last of Andy Murray at the top of the game?
Marcus Buckland: “I want to believe there is still more to come. He may never be at his absolute peak again and that is inevitable when you have had the kind of injury is currently trying to overcome, but we saw flashes of brilliance from him in the handful of matches he matches to play in 2018 and he has ended his season early in a bid to have a big push to make an impact next year. One thing you should never do is write off a great champion and I won’t be doing that with Andy Murray. I hope and believe there are one or two more chapters still to write in his story.”

Tennis365: What did you make of his tearful outburst when he won a match in Washington a few weeks back? Some suggested it was a sign that his career may soon be over.
Marcus Buckland: “I just think that was the reaction of a guy who has been away from the Tour for a long time, won a long and draining match and then it hit him how much he had missed being on court. There may have been an element of him asking how much more there would be for him at the top of the game, but only Andy could answer that.” 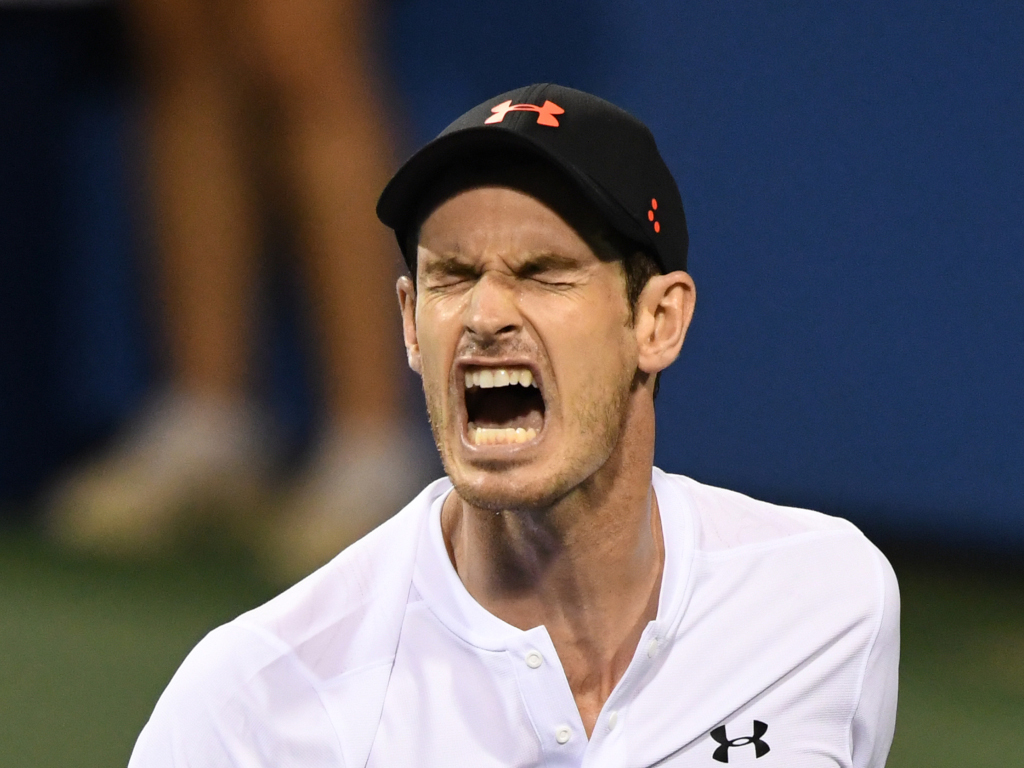 Tennis365: What is your best memory covering a Murray match?
Marcus Buckland: “The big highlight was watching Andy win his first Grand Slam at the US Open in 2012 and shortly after his amazing five-set victory against Novak Djokovic, he made his way across the practice courts and joined us in the studio for a memorable chat. We had all invested so much in this journey with Andy and that made his first Grand Slam win seem all the more special.”

Tennis365: How do you reflect on his run to the world No 1 spot in 2017?
Marcus Buckland: “That would be my other great memory watching Murray. He put so much into getting to the No 1 ranking and then had this one match against Djokovic at the ATP World Tour Finals that would decide the prestigious year-end No 1 ranking. Andy prevailed in front of a British crowd at the 02 Arena and it was one of the most magical moments of our time covering tennis on Sky Sports.”

Tennis365: What is Murray like away from the cameras?
Marcus Buckland: “I worked on his Andy Murray live show in Glasgow that raised a lot of money for charity and he was fantastic to deal with throughout. After the event, we were both going to the wedding of his ex-coach Miles Maclagan and he generously offered me a place on his plane to fly over with him to Ireland for the event and he was a delight to be around throughout those few days. It also gave me a taste of what it is like to live like a top sportsman for a few hours and that was a very interesting experience.”

Tennis365: Has Andy Murray been misunderstood by the British public over the course of his career?
Marcus Buckland: “My early interviews with Andy confirmed that he was a young man who may not have been comfortable talking on camera. He had that issue with an interview when he joked he would cheer on any team England were playing against at the World Cup and the backlash went on for a long time. It was a bit of fun, people took it way too seriously and that clearly had an impact on how he dealt with the media for a long time after that. He was wary of putting himself in that situation again.

“Clearly, the British public have got to know Andy a lot more in recent years and the respect and admiration he is due has come his way, which has been wonderful to see. He has got better and better at speaking in public and it actually a great guy to be around. Hopefully our coverage on Sky Sports over the course of his career has highlighted the real Andy and not the image some may have carved out for him. ” 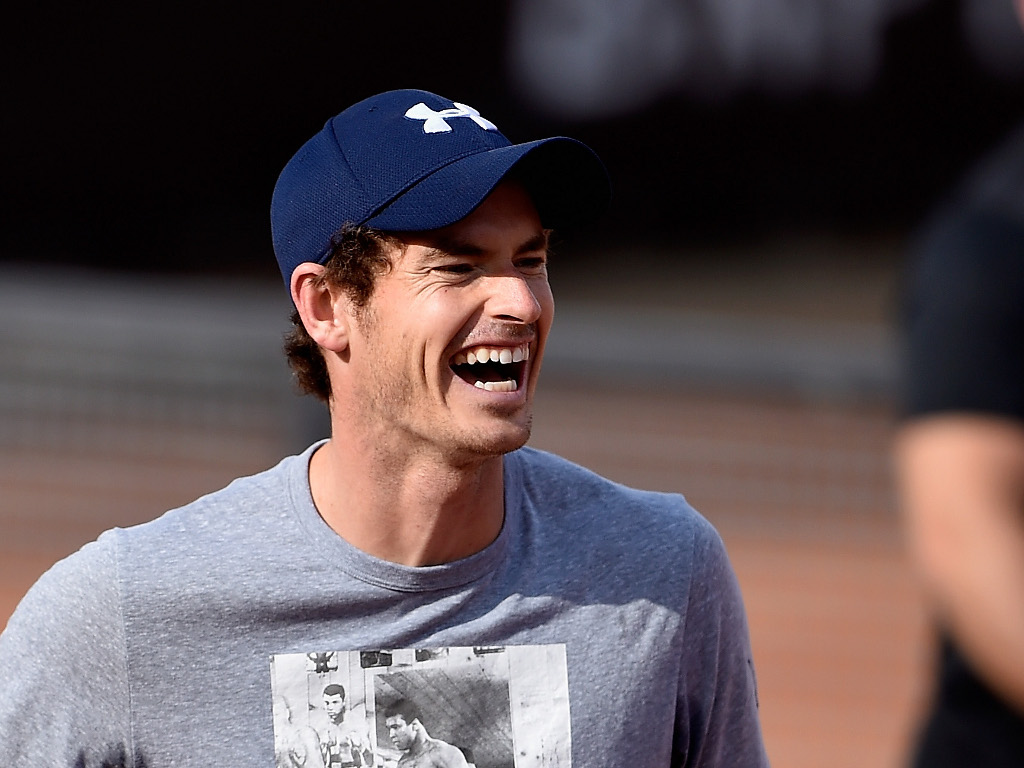 Tennis365: So is the enduring image of Murray being dour misplaced?
Marcus Buckland: “I think it is unfair. We moan about our top sportsmen for not having opinions or a personality and then we jump on them if they say something perceived to be controversial. I have always enjoyed my interviews with Andy and even though he may have been irritated by some of our comments at times when he has not behaved as we might like on court, he has been a credit to himself and British tennis for a decade and more.”

Marcus Buckland will host the ATP Masters 1000 event from Paris starting on Monday and the ATP World Tour Finals that gets underway on November 11th on Sky Sports.