Meet Marian Vajda, the man who has put Novak Djokovic back at the top of the tennis world 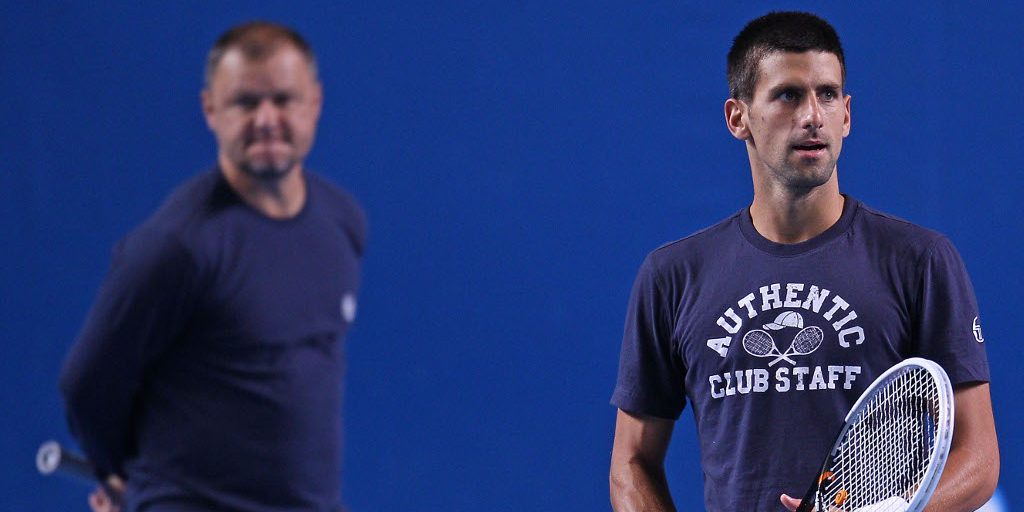 With Novak Djokovic back and looking better than ever, Kevin Palmer introduces us to the man we have to thank for his return.

As Marian Vajda resumed his role as chief confidante to Novak Djokovic earlier this year, a chain of events that could eventually re-write the tennis record books were set in motion.

After spells working with Boris Becker and then brief coaching relationships with Andre Agassi and Radek Stepanek failed to produce results for Djokovic, the Serbian’s career looked set to continue in the downward spiral as he underwent elbow surgery in February.

It seemed that 12-time Grand Slam champion Djokovic has lost the fire that propelled him to the top of the game, with reports of personal issues and the fitness concerns that were hampering his efforts to compete at the highest level. In truth, this was a story that seemed to have reached an unexpected conclusion and as at the age of 31, it seemed that Novak’s days at the top were numbered.

While it could hardly have been described as a final roll of the dice when he asked long-time coach Vajda to return to his set-up, the phone call made by Djokovic to the coach he had worked with since 2006 has transformed this tennis season to a point that has already seen the Serb rebuild some of the aura he lost during his two-year hiatus from the top of the game.

His Wimbledon victory in July was the most emphatic confirmation that Novak was back to his best, with his convincing Cincinnati Masters final win against Roger Federer last month cementing the suspicion that a new era of Djokovic dominance may suddenly be on the horizon.

In the background of this headline grabbing comeback, Vajda has been gently pulling the strings and the changes he has made appear to have had a dramatic effect.

“He called me from the Dominican Republic,” said Vajdam in an interview with Dennik Sport. “We talked for around an hour. I caught him full of doubt.

“Novak asked me what I thought of his tennis. He was not sure about the way his game should look. He suggested I could coach him again. He felt he could not find the right team.”

Vajda has confirmed that one oft conditions of his return was the removal of long-time mentor Pepe Imaz from the team around Djokovic, with spiritual guide often ridiculed in the media as a ‘hugging guru’ believed to have a huge influence on a player who appeared to have lost the mental strength that was so important to his success.

“Yes, I wanted to quit (working with Imaz), although that was not my primary condition,” continued Vajda. “The first condition was to see Novak personally.

The other was to set specific rules and plans for the coming months. We wanted other people around him not to intervene as much as it used to be before, we told him that we would not be pleased if it was again. We did not want to treat tennis as a philosophy.”

Essentially, Vajda has taken Djokovic back-to-basics and uncluttered his mind after a period of change on and off the court, with the arrival of his son Stefan in April 2014 and daughter Tara in September 2017 adding to the complexities of life on the road in recent years.

Working to rebuild Djokovic’s shaken self belief, Vajda is believed to have been central in his decision to play in the Queen’s Club event in London after a worrying quarter-final defeat against Marco Cecchinato in the quarter-finals of the French Open.

Djokovic’s spiky press conference at that defeat saw him suggest he may skip the entire grass court season in a bid to rediscover his best form, but the move to ask for a wildcard to play at Queen’s Club gave him a platform that has launched his stunning return to form.

Defeat in the final of the pre-Wimbledon event against Marin Cilic was a disappointment, but the form shown by Djokovic in the tournament suggested he was close to finding his best form and his sparkling displays as he won his fourth title at the All England Club confirmed as much.

The joy that was lacking in Djokovic’s game has been reintroduced by Vajda and with his place in the end of season ATP World Tour finals all-but secure, the rebuilding of a champion is all-but complete.

Such has been the impact made by the Djokovic/Vajda reunion that the duo could dare to dream that they could move their haul of 13 Grand Slam titles close to Roger Federer’s record of 20 before this story is over.