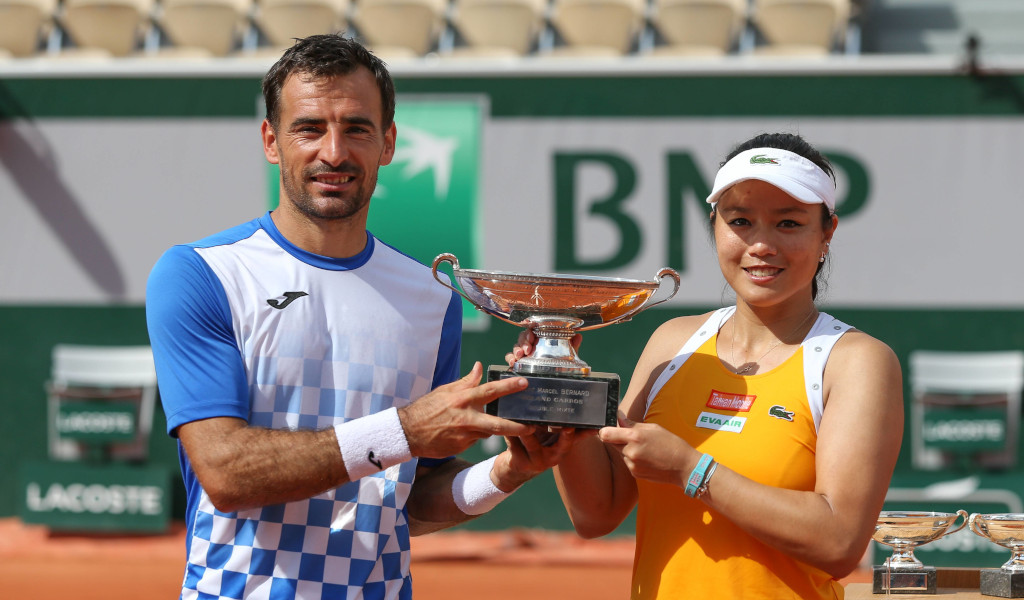 It is fair to say that the French Open has not won too many fans over the past few weeks.

Having pushed itself back by five months last year amid the coronavirus pandemic, the French Tennis Federation (FFT) announced a fortnight ago that the 2021 event would be pushed back a week.

This was in response to a third lockdown in France, with hopes the week delay will boost the chance of fans attending, though it was a decision largely unpopular with players and grass tournaments which may be affected.

However, an announcement made by the tournament on Tuesday that mixed doubles is back on the agenda is certainly one to be welcomed.

Mix doubles will return to Roland Garros after being cancelled last season due to Covid-19 restrictions.

As the US Open and French Open scrambled to organise events in 2020, mixed doubles was an unfortunate casualty in both New York and Paris, considered not important enough amid social distancing measures.

However, the event made a successful return at the Australian Open in February, and it is incredibly exciting to see it will be played at Roland Garros this year – no matter how many or few fans can attend.

Mixed doubles remains one of the most entertaining and popular events with both hardcore and casual tennis fans.

Few can forget how much buzz circulated around SW19 when Andy Murray and Serena Williams were confirmed as a pairing at Wimbledon in 2019, whilst Williams’ partnership with Frances Tiafoe against Roger Federer and Belinda Bencic at the Hopman Cup earlier that year attracted huge attention.

The fact that the Hopman Cup, one of the most popular events with players and fans alike, is no longer on the calendar deprived tennis fans of the only event outside of Slams where mixed doubles is played.

The absence of the event last year was notable, and its return is not only positive for fans but for players as well.

Though doubles players still make a great deal of money, it is nowhere near at the same level as the prize money singles players generate.

The fact that there is an extra event at Grand Slams to earn more money to continue on tour is huge for many of them, whilst simply being able to raise the profile of doubles is important.

At club level, most people play doubles and it is important that such matches are played and given the right level of coverage at Slam tournaments.

Two-time defending French Open champions Ivan Dodig and Latisha Chan – the only team in the Open Era to defend their title – are just two of the extremely talented mixed doubles players who deserve a chance to compete and to have their achievements celebrated.

The draw at this year’s French Open will not be quite as large as usual, with just 16 teams instead of 32, but it is still incredibly positive that it seems mixed doubles is now here to stay.

The French Open may be over a month and a half away, but this adds a little extra excitement to the build-up of the second Grand Slam of 2021.