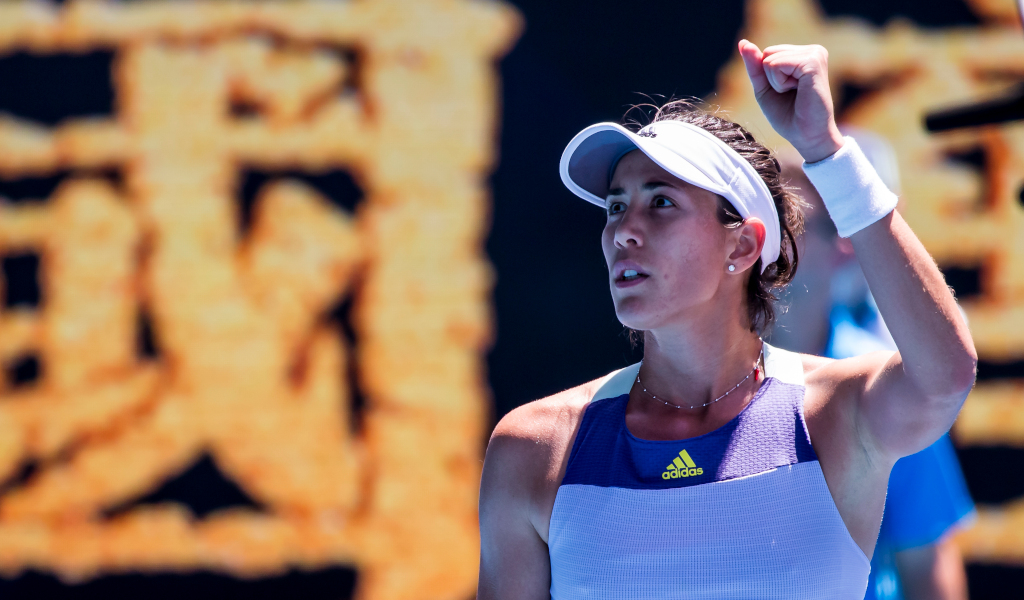 Very few players have had quite so many highs and lows as Garbine Muguruza has had over the past few seasons.

At her very best the Spaniard has been the best player on the WTA Tour, winning the French Open in 2016 and Wimbledon in 2017, and rising to world No 1 in the world for four weeks in 2017.

However, there have been some notable lows for the Spaniard as well, most especially in 2019 when she slipped down to 36th in the WTA Rankings after a couple of seasons with poor and inconsistent results.

Yet over the past year or so she has looked nearer her best, with her good form starting in 2020 where she reached a fourth Grand Slam final at the Australian Open.

The pandemic arguably disrupted her rhythm as she struggled towards the end of last year, though she has looked rejuvenated once again in 2021.

Muguruza has already reached two finals this year, losing to Ashleigh Barty at the Yarra Valley Classic and to Petra Kvitova in Doha last weekend, and also looked good at the Australian Open before a fourth-round loss to eventual champion Naomi Osaka.

Congrats to @Petra_Kvitova.
We will try again next time. That’s the only way.
Volveremos a intentarlo de nuevo. No queda otra. #DohaWTA pic.twitter.com/vy0B36imiY

No woman has won as many matches on the WTA Tour than Muguruza this season and she is certainly re-emerging into a force again, with people evidently needing to play title-winning tennis to beat her.

However, the question is now whether she can translate that form into winning more titles.

Despite having achieved so much in her career, Muguruza has only won seven titles on the WTA Tour and has only reached a further seven finals.

When you look at the fact that the likes of Elina Svitolina and Karolina Pliskova, two consistent top-10 players who are yet to win a Slam, have won double the number of titles she has whilst Kvitova, another two-time major winner, has a staggering 28 career titles, it shows how comparatively less winning Muguruza has done on Tour.

That lack of title success may have hindered her in both her finals this season, as she was arguably playing better tennis than both Barty and Kvitova in the build-up to those finals before falling in straight sets.

Of course there is no denying what she has achieved, winning two Slams and reaching another two finals as well as being a world No 1, though surely more titles is something that she will be targeting.

The revised ranking system currently in place is arguably not helping her, meaning she is facing tougher draws early on that are more likely to trip anyone up.

Last week she had to face in-form Aryna Sabalenka in just the second round in Doha, a match she impressively won in three sets, whilst at the Australian Open she narrowly lost to Osaka after holding two match points in the third set.

After serving for the match in the 2nd set, Garbiñe Muguruza comes back from a break down in the 3rd to beat the defending champion Aryna Sabalenka 6-2, 6-7(5), 6-3 and reach the QFs in Doha. Best match of the week. pic.twitter.com/KZQzueQWCv

Muguruza would have been in with a strong chance of winning the title in Melbourne had she prevailed against Osaka, showing how well she has played but also demonstrating the fine margins she needs to flip to start winning more titles.

She is certainly capable of beating anyone on her day, but more ranking points would allow her to have easier draws earlier on and boost her chances of consistently going deep into draws and picking up more titles

It has been two years since she was able to win a title, in Monterrey in April 2019, and though there was the five-month suspension in 2020, that still seems far too long for a player of Muguruza’s quality.

She is playing the kind of tennis that could bring her another Grand Slam title in the coming months, but any title would be a welcome step for the Spaniard as she looks to rise back into the top 10 and once again become the best player in the world.