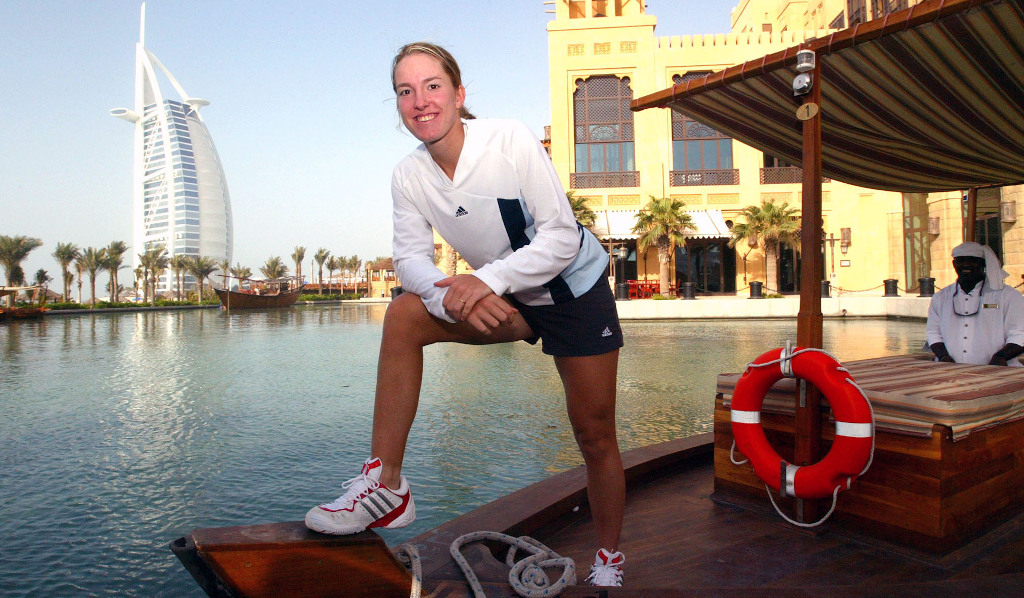 Having won the title in 2015 and in 2020, Simona Halep will be looking to defend her crown at the Dubai Tennis Championships this coming week and pick up a third trophy at the Middle East event.

A two-time Grand Slam champion and former world No 1, Halep is one of many notable names that have lifted the title in Dubai since the event began in 2001.

Here, Oli Jefford takes a look at some of the great champions who have lifted the title as several look to emulate their success in the coming week.

Aged just 20, Hingis picked up the 38th singles title of her stellar career by prevailing in the inaugural edition of the women’s event in Dubai.

Ranked No 1 at the time, the Swiss was the top seed at the hard-court tournament and dropped just one set on her way to the title

Hingis beat Nathalie Tauziat in straight sets in the final in what proved to be her sole title in Dubai.

Henin was one the leading players of the 2000s and no women can match the four titles she won during her prime.

The seven-time Grand Slam champion beat Monica Seles in a tight three-set final to pick up her first victory in 2003, before beating Svetlana Kuznetsova in straight sets the following year to successfully defend her title.

After skipping the event in 2005, the Belgian returned and beat Maria Sharapova in the final in 2006 before defeating Amelie Mauresmo in 2007 to seal her fourth and final crown at the tournament.

Williams is another multiple champion in Dubai, lifting the trophy three times over the course her career.

In 2009, she picked up her first title by beating defending champion Elena Dementieva in the quarter-final, sister Serena in the semi-final and then Virginie Razzano in the final.

The American successfully defended her title by beating Victoria Azarenka in straight sets in the final, before regaining the title in 2014 with a win over Alize Cornet.

Wozniacki was the world No 1 in 2011 and the title in Dubai is one of six tournaments she won that year.

The top seed at the event, the Dane did not drop a set en route to the final having beaten the likes of Jelena Jankovic during that run.

The Dane was a comfortable winner in that final as well, dispatching Svetlana Kuznetsova in straight sets to win her first and only title in Dubai.

Kvitova was runner-up only two years ago, though had previously gone all the way to the title in 2013.

The Czech had a tough run to the title, having to beat the likes of Ana Ivanovic, Agnieszka Radwanska and Wozniacki to reach the final.

There she beat Sara Errani in three sets to claim what is to date her only title at the event- though she is one of those who will be eyeing up the title this week.