Novak Djokovic’s admission of vulnerability hasn’t made him weaker, it’s made him – and tennis – stronger than ever, writes Michael Graham.

I don’t know when exactly it happens, but somewhere along the line we get it into hour heads that sportsmen aren’t people.

I’m not entirely sure why we seem to do it. Over time, I’ve probably settled on a theory that detachment makes drama more absorbing. Perhaps our enjoyment of sport is without a doubt immeasurably enhanced once we immerse ourselves in the drama it provides.

For example, I love an action movie, and I especially love a brilliantly choreographed and constructed car chase scene. Say, for example, someone powering down a motorway in the wrong direction causing beautiful chaos to countless vehicles around them.

However, a couple months ago my partner showed me real-life video on Youtube of exactly such a scene and I could barely watch it as anxiety, not Adrenalin, really got the best of me.

And why? Because on Youtube was watching real people with real consequences that made the ‘drama’ a bit traumatic in truth.

That’s an extreme example, I grant you. Sport isn’t going to kill you. I’m a Sunderland AFC fan. Trust me, if sport could kill you, I’d definitely not be here to postulate the premise.

This week, though, Novak Djokovic gave us a timely reminder that sportsmen are real people with real struggles. We may not be able to always relate to them, but they are struggles nonetheless.

“The fact Djokovic has pushed himself to their level, and make no mistake about it that he has, is testament to the fact that an admission of vulnerability is not an easy one for him to make.”

Djokovic wrote an open letter on his website chronicling his difficulties in, first, accepting injury and subsequently overcoming it.

“For the last 2 years, I wasn’t patient with my tennis expectations,” he wrote. “I wasn’t wise in strategising. And I certainly wasn’t clearly hearing my body telling me that there is something serious happening with my elbow.

“After many changes made with training, racket, team members, I was trying to find solutions somewhere else and solution was always inside of me.”

Now I’ll be honest at this point, I struggle to relate to the terms of those problems. I sit writing this today on a comfortable settee, wearing pyjamas, and seriously contemplating whether I can get away with having a packet of crisps for breakfast. The life and struggles of an elite athlete are just about incomprehensible to me.

However, it also dawns on me, that Djokovic, and any other person of genuinely good health and physical motivation, probably can’t relate to the, very real I assure you, struggle of resisting that packet of crisps as a genuine breakfast option – and that’s without even getting started on the subsequent problem of, having succumbed to the inevitable and devouring the crisps, comprehensively deluding yourself that it’s actually a wholesome and relatively healthy fibre alternative.

What we can share an appreciation of, though, Mr Djokovic and myself, are the at-times crushing feelings of vulnerability and self-doubt that plague us all, and in most cases a lot more often than we care to admit. To see reflections of ourselves in others is just part of the human condition, and so is finding a way to ignore it when we don’t like what we see.

And so sportsmen, and women, become easy figures to almost dehumanise. 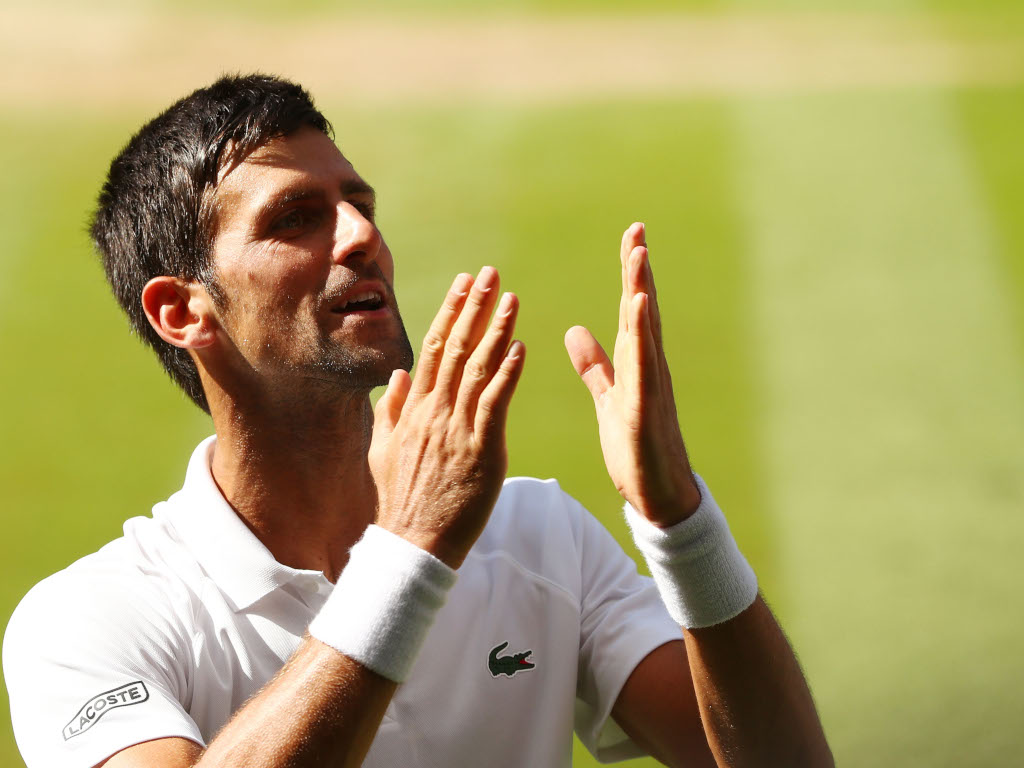 Furthermore, I should probably admit that I enjoyed his decline a lot more than I enjoyed his resurgence. Former greats having humility forced upon them through overwhelming failure is a more enjoyable story than constant greatness. It’s just better. I can’t help that. It’s just how I’m wired and I make no apologies for it.

That said, I also have to admit that Djokovic’s decision to open up on the matter has changed my opinion, or at least made me consider it a lot more carefully.

Djokovic is a player who could have settled. For someone, anyone, playing in the Rafael Nadal and Roger Federer era, coasting along in the chasing pack telling yourself how unlucky you were to have your path to greatness blocked by those two is the easy option. History will not condemn you for it. In fact, history is more than likely to offer its sympathies.

The fact Djokovic has pushed himself to their level, and make no mistake about it that he has, is testament to the fact that an admission of vulnerability is not an easy one for him to make.

He’s a natural warrior, fuelled by passion ate ambition and you see it pour out of him every time he’s on the court. There probably isn’t a worse loser on the Tour.

So let’s not underestimate the significance of his words, nor the importance of the admission. It’s okay to be vulnerable, especially in sport. Djokovic’s added layer of vulnerability has served to make him far more an absorbing character than he ever has been before.