Comment: Novak Djokovic doesn’t just belong in GOAT debate, he should be leading it

After a brilliant summer, Novak Djokovic is firmly in the mix for the title of tennis’ GOAT, but Michael Graham believes he shouldn’t just be considered comparable to Roger Federer and Rafael Nadal in the debate, but ahead of them.

In sport, we have a tendency to obsess over words. Let’s face it, “best” and “greatest” are just words.

Because, and let’s be absolutely clear about this: there are certainly no absolutes attached to those words at all.

There are no ‘right’ ways to judge. There is no points system. Numbers are an aide to the debate, not the end of it. It’s all opinion. It’s all subjective.

In tennis, we tend to measure our ‘greatest’ by Grand Slam titles, and that seems reasonable to a point. Grand Slams are the ultimate test in tennis. Greatness is required to win one, never mind many. Obviously, Grand Slam success should form the basis of the discussion.

But there is also a saturation point to Grand Slam success. Proving your greatness just buys you a podium at the debate. What is doesn’t do is provide context with those numbers.

The modern debate has focused on two men: Roger Federer and Rafael Nadal, and it’s actually always been quite hard to put anyone else in there with them.

Rod Laver was a victim of transition, specifically tennis’ transition from amateur to professional, and that robbed him of the chance to stake his claim by making him, and his achievements, essentially incomparable to the rest.

Perhaps Pete Sampras is worthy of consideration, but the fact he only managed to master three of tennis four cornerstone surfaces in the sport probably damages his claim to too greatly. The same can probably be said of Jimmy Connors who, like Sampras, failed to master the clay of Roland Garros.

But now we have Novak Djokovic too. This summer has seen him surpass Connors’ Grand Slam total equal Pete Sampras’ four but, unlike those two, he also has the career slam to his name.

Djokovic, admittedly, lacks the likeability of both Federer and Nadal. There isn’t a great deal of on-court charisma, or off-court charisma for that matter. He’s quite robotic in his mannerisms, and the only time he really shows any discernible outward humanity is when he’s annoyed about silly things like the crowd supporting his opponent, and that’s one of the things that made him so unlikable in the first place.

But he’s better than both.

When you’re looking at Nadal and Federer you can describe them both very distinctly and easily. 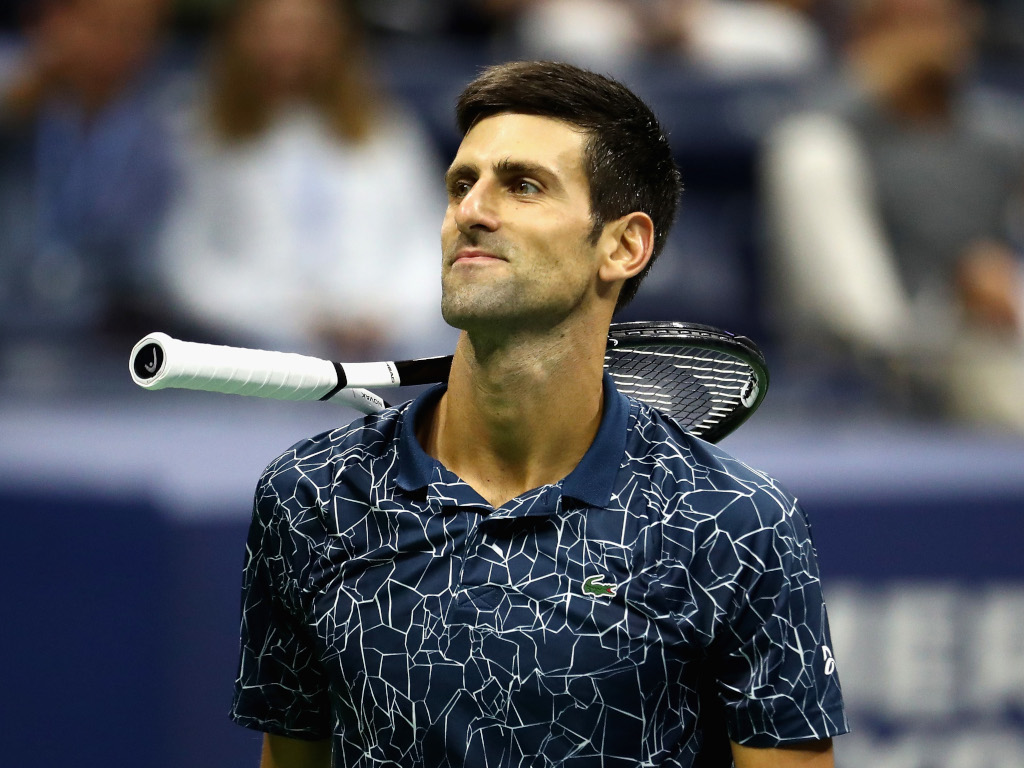 Federer has an incredible amount of grace and finesse, and his court coverage is unerringly effortless. There are weaknesses, of course. His one-handed backhand is not ideal in the modern game, and he sometimes lacks that powerful punch when needed that others have.

Nadal, by contrast, is a powerhouse of a player with off-the-charts court-smarts. He, though, is perhaps over-reliance on his physicality and lacks some cuteness when needed.

In many ways, we have come to define these two players by their contrast to each other. When the two greatest players of their generation are polar opposites, as we saw previously with Bjorn Borg and John McEnroe, they are both elevated by the narrative.

However, how would you describe Djokovic? Obviously he’s an absolutely phenomenal defender and the master of making his opponents play one more shot, but what else would you say about him? He doesn’t really have one defining strength nor any glaring Achilles heel. He’s just very good at everything,the perfect all-round complete player.

And that can make him hard to appreciate. No one goes to watch FC Barcelona to watch their great defenders playing, they go to watch Lionel Messi and the other great attacking players.

Tennis is the same. It’s the attacking players you get excited about seeing, the unpredictable ones, and you’d describe Djokovic as neither.

But ask the pros how to beat Djokovic and the analysis tends to be reduced to ‘hope he has an off-day’. He can’t be overpowered, as Juan Martin del Potro discovered at the US Open. He can very rarely be outlasted or mentally broken by pressure, as Rafael Nadal found out at Wimbledon.

His outstanding return game makes him next to impossible to earn cheap or free points against. His mobility makes him tough to out-manoeuvre. His two-handed backhand makes him difficult to force onto the back foot in points. His intelligence in knowing when to attack and when to defend makes him hard to dictate a point to.

You always sense that players go into matches against Federer and Nadal with a game-plan in mind. Granted, usually they fail because they are just too good, but there’s still a plan. With Djokovic, you never get that same sense. Players just seem to go at him with their own game and hope that it’s enough on the day.

For me, that makes him the best.

As for the greatest, well that’s another matter entirely. In terms of having all the tangible tools you’d want, Stan Wawrinka is probably as ‘good’ as anyone, but that hasn’t translated into greatness.

By contrast, Andy Murray is much more of a blunt object, but he has just as many Grand Slams and far more career titles.

Whatever it is that translates ability into greatness, though, Djokovic has it.

Just achieving what he has in the Nadal/Federer era had already proven that, but fighting back from injury to return to the top has surely underlined it.

Whichever way you want to look at it, Djokovic now belongs in the fabled GOAT debate. He is the best player in the world and, for my money, the greatest too.