Profiling the top eight men’s seeds at the Australian Open, including Novak Djokovic and Rafael Nadal

There is only a few days to go until the Australian Open begins, with the tournament nearing its start date after originally being postponed due to COVID-19 restrictions.

Despite Roger Federer’s absence the men’s draw is still very strong with the likes of Novak Djokovic and Rafael Nadal in action, though there are several other contenders who could trouble them at Melbourne Park.

Here we look at the top eight seeds in the men’s singles draw, and how they might fair Down Under this year.

Djokovic is the greatest champion of the Open Era in Melbourne, and is the favourite to add a record-extending ninth title at this tournament.

The Serbian won his 17th major title in Melbourne last year but failed to add to that in 2020 with Wimbledon cancelled, a high-profile disqualification at the US Open and a French Open final loss to Nadal.

He will be hoping to pick up some match practice at the ATP Cup this week as he looks to start 2020 with an 18th major title.

Do you have a favourite version of @DjokerNole? #AusOpen

It has been 12 years since Nadal’s sole title Down Under though he has come close to further success since then, losing four finals in the past decade.

Victory for Nadal this year would see him surpass Federer’s 20 major titles, having equalled the record with his Roland Garros triumph last year, and also become the first man in the Open Era to win every Grand Slam singles title on multiple occasions.

However, there are now some concerns over his fitness following his withdrawal from his first ATP Cup match on Tuesday.

Thiem heads into Melbourne as a Grand Slam champion having won the US Open last summer, and will be backing himself to match that run in Melbourne. 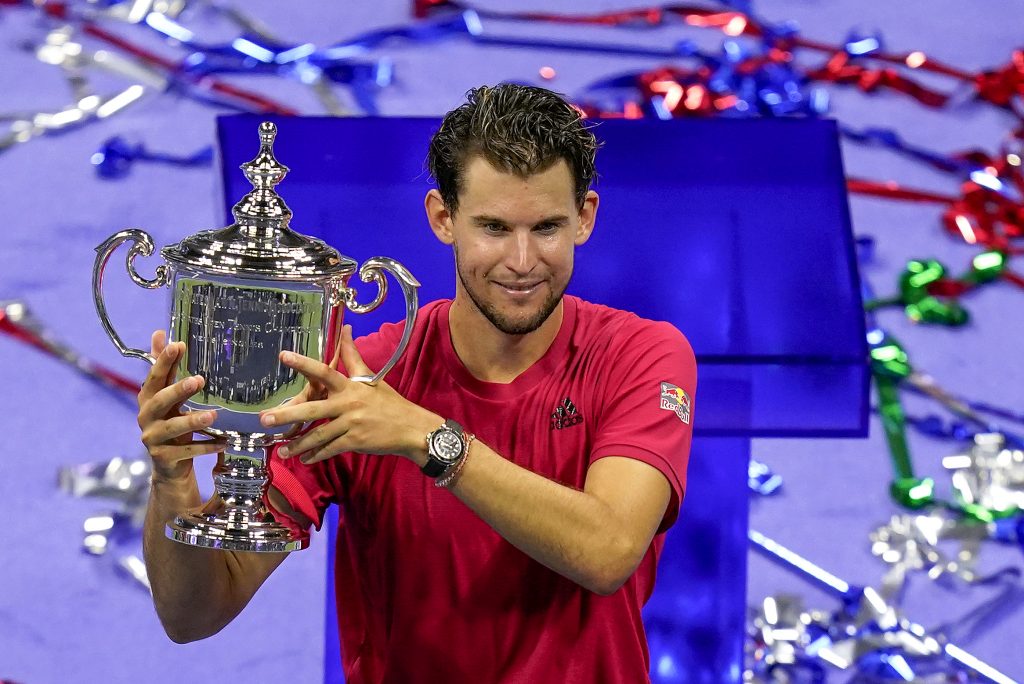 The Austrian has greatly improved on hard courts in recent seasons and has also shown he can challenge Nadal and Djokovic, having beaten both in Grand Slam matches.

There is also an opportunity for Thiem to reach a new career-high of second in the rankings should he win the title and Nadal lose before the semi-finals.

Melbourne Park hasn’t been the happiest hunting ground for Medvedev with the Russian having never made it to the last eight, but he will fancy his chances of a deep run this time around.

The Russian seems to thrive on hard courts and impressed towards the end of 2020, with a run to the US Open semi-final and victory at the ATP Finals among his highlights of last year.

Medvedev has looked good at the ATP Cup so far and is displaying the kind of tennis that could see him win a first slam in Australia.

Tsitsipas made his breakthrough when he reached the last four at this tournament two years ago, and will be hoping for a similar run this time around.

The Greek largely struggled at major tournaments following that run, though the 2019 ATP Finals champion looked near his best when he reached the last four of the French Open last season.

He has beaten the likes of Nadal, Djokovic and Thiem before, but the real question is whether he can challenge them in a best-of-five sets encounter.

After years of underperforming at Grand Slam tournaments, there were some significant steps forward for Zverev despite the disruption caused by Covid-19.

Zverev has had to deal with multiple off-court issues in recent months, including an acrimonious split with a former management group and allegations of domestic violence from an ex-partner, so it will be interesting to see how he is able to perform at the event.

No one broke through as successfully as Rublev did in 2020, with the Russian reaching quarter-finals at the US Open and French Open and winning a Tour-best five ATP titles.

The Russian also started his 2020 with a successful Australian summer, winning the title in Adelaide before reaching the fourth round for the first time in his career.

Rublev has become one of the most consistent players on tour and no one will want to see him in their section of the draw.

Schwartzman was another who was able to breakthrough despite Covid-19 in 2020, with the Argentine reaching his first major semifinal at the French Open and also breaking into the top 10 for the very first time.

Schwartzman can certainly test the top players but, like a few other potential contenders, questions remain about how much he can push them in a five-set contest.