Rafael Nadal: How the right-handed Rafa became the Grand Slam record holder by playing with his left hand 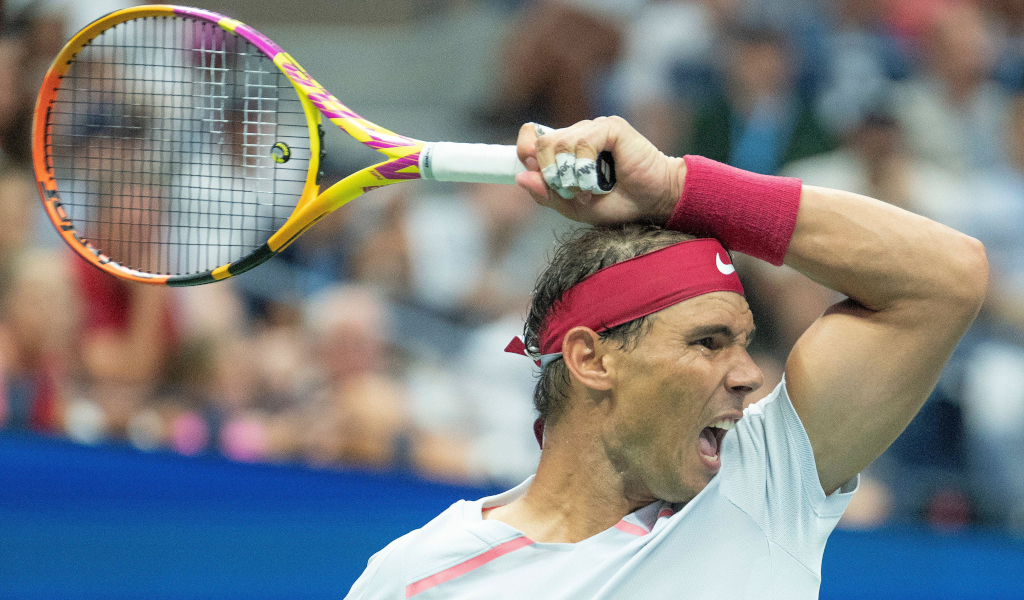 Rafael Nadal will go down in history as one of the greatest players to have played tennis as he has won 22 Grand Slams and set numerous other records, but a lot of casual tennis fans don’t know that he is actually right-handed. Well, away from the tennis court anyway.

After being written off by many following a disappointing 2021 season, Nadal bounced back in glorious fashion this year as he won the Australian Open and French Open to move ahead of his great rivals Roger Federer and Novak Djokovic in terms of most majors win.

He was on a 20-0 winning streak at one point this year while he also finished the Slam season with a 23-1 record with his only defeat coming in the fourth round of the US Open.

The 36-year-old, who has won 92 singles titles, is of course one of the most-famous left-handed athletes.

Some irate Nadal fans recently voiced their unhappiness after a “right-handed” Nadal featured on a poster for his upcoming exhibition match in Mexico City.

A host of fans poked fun at the organisers for using an “incorrect” image of the Spaniard, but Nadal is actually right-handed when it doesn’t involve hitting a tennis ball. Although he is not too bad using his right hand either.

Much of Nadal’s dominance is put down to the fact he is left-handed, especially when you’re asking right-handed players. It’s true that left-handed players have an advantage, as they can powerfully hit deep cross-court to the right-hander’s less-practised backhand, as well as serve wider from the deuce side of the court.

Obviously, Nadal has much more in his locker than just that. He’s a wonderfully gifted all-round player. The lefty thing does help, though.

However, the twist in the tale is that he’s not actually left-handed at all.

Indeed, ask Rafael Nadal to write, brush his teeth, or throw a dart with his left hand, just as Nike once did for a promotional video, and disaster will almost certainly ensue.

Oddly, he’s not alone in the tennis world in playing his career with his unnatural hand.

Kimiko Date, Asia’s first real tennis star and natural left-hander, reached number four in the world and played in three Grand Slam semi-finals after training herself to use her right.

“When I was young, everything I did – writing, eating, my parents tried to change me using my left hand to doing it with my right hand,” she explained.

“You see, when we (Japanese people) are writing on paper, we write from the right hand side at the top, not from left to right like they do in the West. That’s why we need to always use the right hand.”

“When I started playing tennis at six years old, I always followed my parents and so I picked up the racket and started watching other people and just copied them.

However, the myth with Nadal goes that his switch from right to left was not cultural, it was design. It’s often told that ruthless Uncle Toni, the man who coached Nadal from a very early age, forced him to change to give him an extra advantage. Is that true?

“No! That’s a legend,” Toni once explained in an interview to Tennis Magazine

“It’s really not the truth. At the start, he played with two hands but using one hand to direct.

“I had the impression that he was stronger on his left side than on his right side. So, I figured that he was left-handed; it’s as simple as that.

“Besides, even if he ate with his right hand, he also played football with his left foot. However, at no point did I tell him he needs to play with his left hand because that way, he will be much stronger.

“However, since I’m not completely stupid, I simply advised him to use his strongest hand. That’s it.

“I don’t think that it’s that much more advantageous to be left-handed. Just look at the world’s best players: there are not many of them there.

“No, the only thing I did advise Rafa was that at the age of 10, he needed to stop playing his forehand with two hands because no top player had a two-handed forehand and I couldn’t imagine my nephew being the first.

“So, this is all there is to this story. Would Rafa be as strong now if he used his right hand? That’s something we don’t know and we will never know.”

As the above video show, Nadal can serve with his right, and has a pretty smooth and fantastic right-handed forehand too. It’s curious to wonder what level of success he’d have had as a right-handed player.

I guess we’ll only ever know the ‘official’ story, though, and, in fairness, we have no actual reason to doubt it.

However, what we do know is that whatever the reason was behind the decision, history has proven it to be a very good one.