Rafael Nadal v Chris Evert: Who is the real clay court greatest of all time? 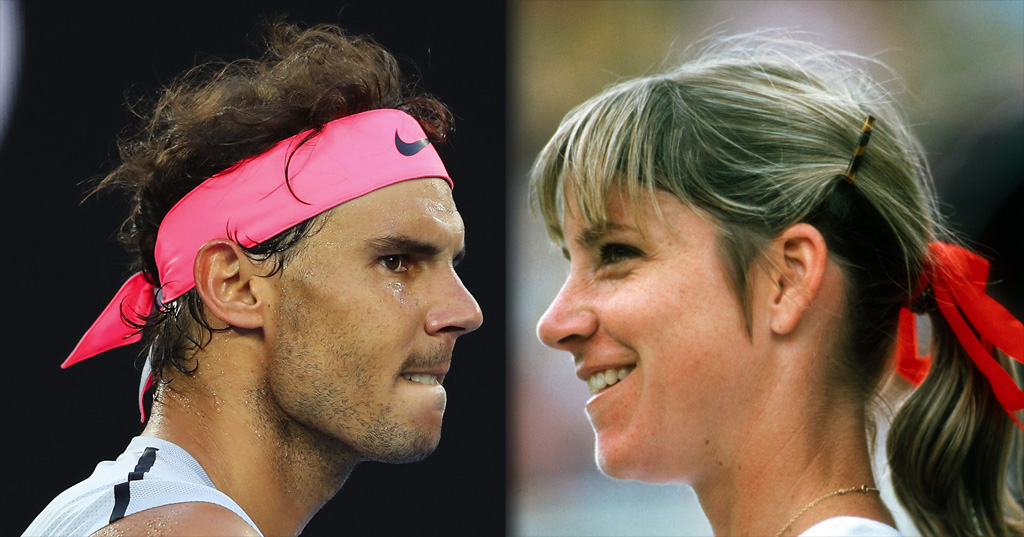 With the clay-court season in full swing and approaching the French Open, Rafael Nadal is getting widely hailed as the greatest player of all time on the red dirt.

It’s tough to argue, however there is one other player who makes a very serious challenge for the title of best clay-court player the game has ever seen: Chris Evert.

So, let’s see if we can settle this. 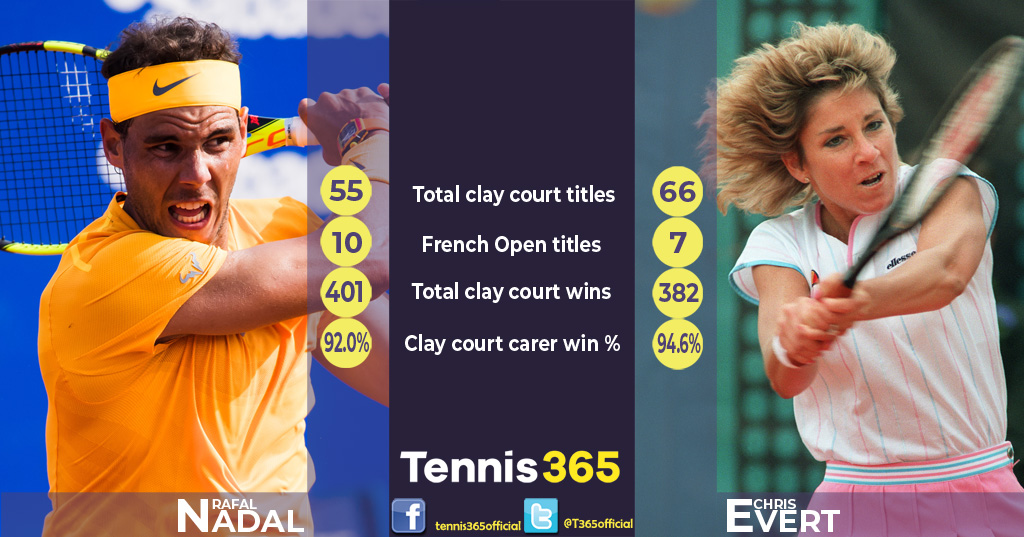 In many ways it’s hard to compare here.

Evert played on the WTA circuit and Nadal the ATP. Evert played in the 70s and 80s when wooden rackets ruled and athleticism was winged to a certain extent, whereas Nadal plays in the era of the sports science specialist.

That said, the comparison is useful if for nothing else but to see just how similar their respective records read.

The case for Evert
There are many reasons to back Evert in this debate.

Her unerring accuracy from the baseline and beautiful two-handed backhand made her a genuine joy to watch – and nightmare to play – on clay.

She won 125 matches in a row before a young Tracy Austin stopped her – a streak that lasted six years.

However, Martina Navratilova may be the biggest reason why Evert deserves the title. It took Navratilova – a serve and volley specialist, admittedly, but good enough to win two French Opens – a whole decade to get the best of Evert on the red dirt.

The case for Nadal
Well, a bit awkwardly, Chris Evert has cast her own vote in this and gone for Nadal, but we’re putting that down to a little humility.

Congrats to @RafaelNadal , the greatest clay courter ever; enjoy ur big win!!!

The truth is, though, that Nadal needs no endorsements to stake his claim to be heralded as the greatest-ever clay court player.

His record speaks for itself, as does his actual brilliance, especially that topspin forehand that rockets up off the surface like a leaping predator. He plays left-handed too, which gives his opponents an extra nightmare.

It’s quite annoyingly easy to dismiss the Roger Federer factor given his reluctance to play clay-court season these days when discussing Nadal. The Swiss isn’t known for his prowess on clay so dominating him on the surface is perhaps not the boast it should be.

Almost certainly, though, Federer’s record on clay would be much better had he not played in the Nadal era.

He has lost four finals at Roland Garos alone – all of them to the Spaniard, and dominating a player of that quality must surely make a colossal case alone for Nadal in this argument.

Who is the greatest of all time on clay? We’ll leave it to you to decide but feel free to leave us your views or on our social media channels!