No one knows when tennis is going to be back up and running after the coronavirus crisis, but can the sports’ various authorities use this time to solve some of the biggest problems in the game today?

Here, we take a look at some of the ways tennis could choose to improve during the lockout.

Patrick Mouratoglou, arguably the most influential tennis coach in the world has hit out at the tennis authorities after the coronavirus crisis highlighted just how perilous many lower-ranked players’ finances are.

“I find it revolting that the 100th-best player of one of the most popular sports in the world – followed by an estimated one billion fans -is barely able to make a living out of it,” he said, and he has a good point.

The generosity of the top players in the world cannot be questioned given Roger Federer, Novak Djokovic, and Rafael Nadal have all made big donations to various charitable causes during the COVID-19 crisis.

However, there is surely enough money in tennis to share the wealth a little more equitably so that players who make the grade can at least make a secure living from the game.

Early on in the coronavirus crisis, the French Open shocked everyone by effectively making a land grab on the tennis calendar.

Officials apparently unilaterally decided to move the 2020 tournament to September, on dates already taken by the Laver Cup.

It showed everyone, including the governing bodies themselves, just how complicated the tennis schedule can be, with the ATP, WTA, ITF, and all four Slams all working largely independently of each other.

It is time they all got on the same page and it looks like that penny has dropped.

A good place to start with the greater spirit of cooperation would be seeking a solution to the ATP Cup/Davis Cup conflict.

The ITF-ran Davis Cup entered a new era last year, switching to a week-long finals format instead. The ATP responded by launching their own nearly identical competition, with rankings points as the bait for the top players.

Even more ridiculous, was that they essentially ran back-to-back, with the Davis Cup ending the 2019 season and the ATP Cup beginning the 2020 calendar.

The Davis Cup has the history and tradition, the ATP Cup has the bait to lure the best players to it. Surely it’s time they brought it all together? 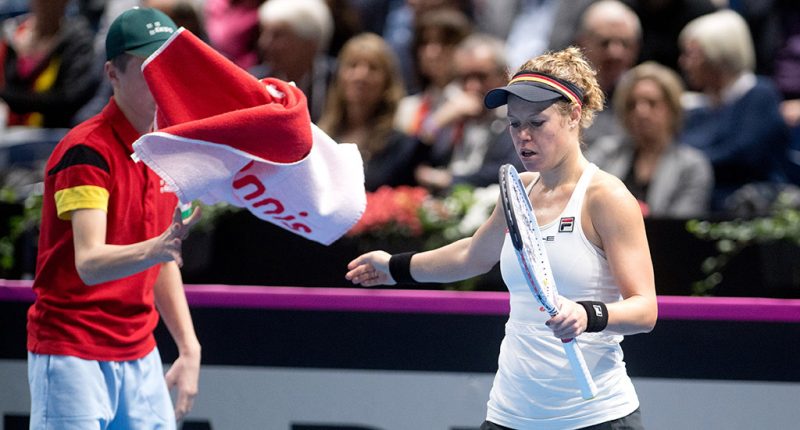 One seriously ugly facet of the modern game is seeing players ‘telling off’ ball kids for slow or sloppy towel service, apparently wholly oblivious to the facts that, firstly, it is actual children they are screaming at, and it isn’t even their job.

They have trialled towel tables instead at some tournaments and that seems like a much more sensible idea.

Tennis players get their own towels and look after themselves and ball kids look after the balls. Seems a pretty simple concept to me.

This one might be controversial to some, but is it time to consider Rafael Nadal’s suggestion of bringing in a two-year cycle on rankings points?

Nadal’s point is a solid one. Players who are injured are unable to defend the points they won at the same tournament last year, and that’s not really fair.

The current system almost forces players to repeat their schedules to defend their points, meaning meaning the same tournaments can miss out on the star names every single year.

However, switching to a two-year cycle would give players flexibility, help tournaments pursue the big names, and help protect players from injury.

Given the world rankings appear likely to be frozen for much of this year anyway due to the coronavirus pandemic, it’s also a highly opportune moment to introduce it.