Ten years after Rafael Nadal’s epic victory over Roger Federer in the greatest tennis match ever played, Kevin Palmer tells us why it was a landmark day for sport, not just tennis.

Sporting eulogies are often written for moments that seem significant in isolation, yet no words do justice to the events I witness first hand on Wimbledon’s hallowed Centre Court ten years ago today.

While it’s easy for us seasoned sportswriters to get blasé about our free pass to yet another Cup Final or the prospect of watching the Ryder Cup once again, there are odd occasions when this seems like the best job of them all.

The tendency to wait a few years before positioning sporting epics in the all-time list is reasonable, yet Rafael Nadal’s stunning victory over Roger Federer in the 2008 Wimbledon Final was instantly installed as one of the greatest events ever witnessed from the moment the final ball was struck

Great sportsmen need a rival to push them to unimaginable levels and in Federer and Nadal, tennis is fortunate to have icons providing the ultimate clash of styles and characters. Both are equally brilliant and can sustain their genius for hour after hour. 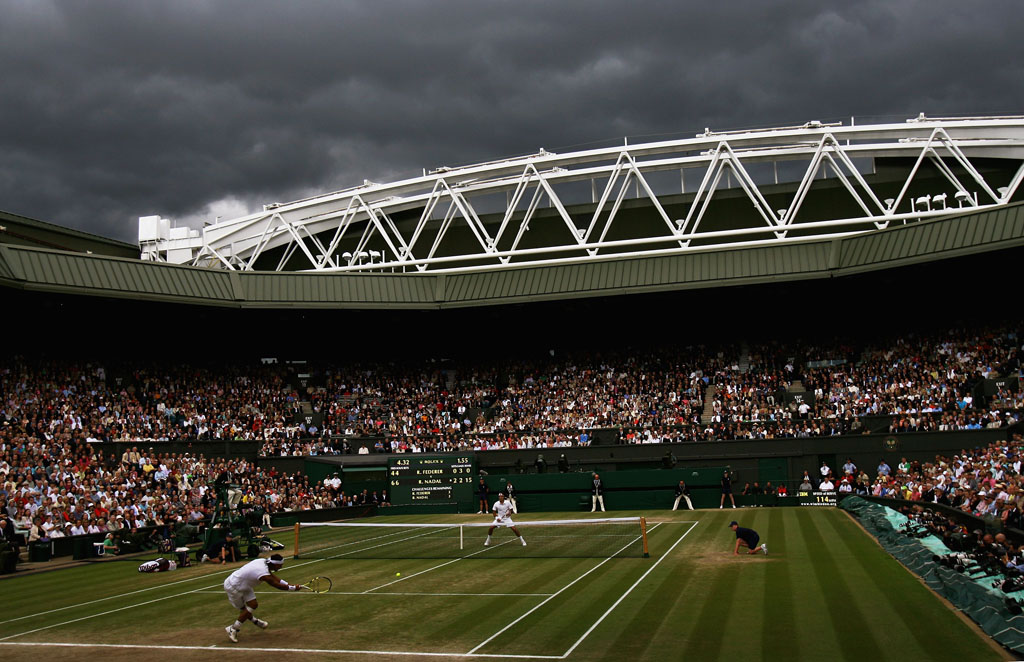 Every decade or so, sport transports its subjects to a unique place and all of us fortunate enough to lap up wondrous and beautiful events on Centre Court instantly knew we had been present for a battle that will live in tennis heaven forever.

Here was Federer, the longest running world No.1 the game has seen, battling to hang on to his mantle against the only challenger who had troubled him throughout his reign.

Their previous meetings on the Centre Court were classics, but this was the best yet.

The champ went two sets behind, came back after saving match points in a mind-blowing fourth set tie-break, only to see his dream of a record-breaking sixth successive Wimbledon title snatched away at the last.

An epic story with so many twists along the way, this a fairy tale was spread over four hours and 48 minutes, interrupted by two neatly spread rain delays and blessed with a finish as the final shafts of light faded in London’s SW19 at 9.15pm.

After these heroic warriors, fighting a lonely battle without the help of team-mates, engaged in a duel that took their sport to a whole new level, we were left with a timeless sporting event for the PlayStation generation to call their own. It was the perfect match.

Your own sense of joy can blur your judgement at times, but the words of tennis legends John McEnroe, Rod Laver and Boris Becker merely confirmed what we all expected – something very, very special occurred when Roger and Rafa played out the greatest game of them all on American Independence Day.

Either now or later, Nadal v Federer 2008 will be placed alongside Mohammed Ali’s KO of George Foreman in 1974, Tom Watson’s famous win against Jack Nicklaus in the 1977 British Open and Dublin’s legendary victory against Kerry from the same year. 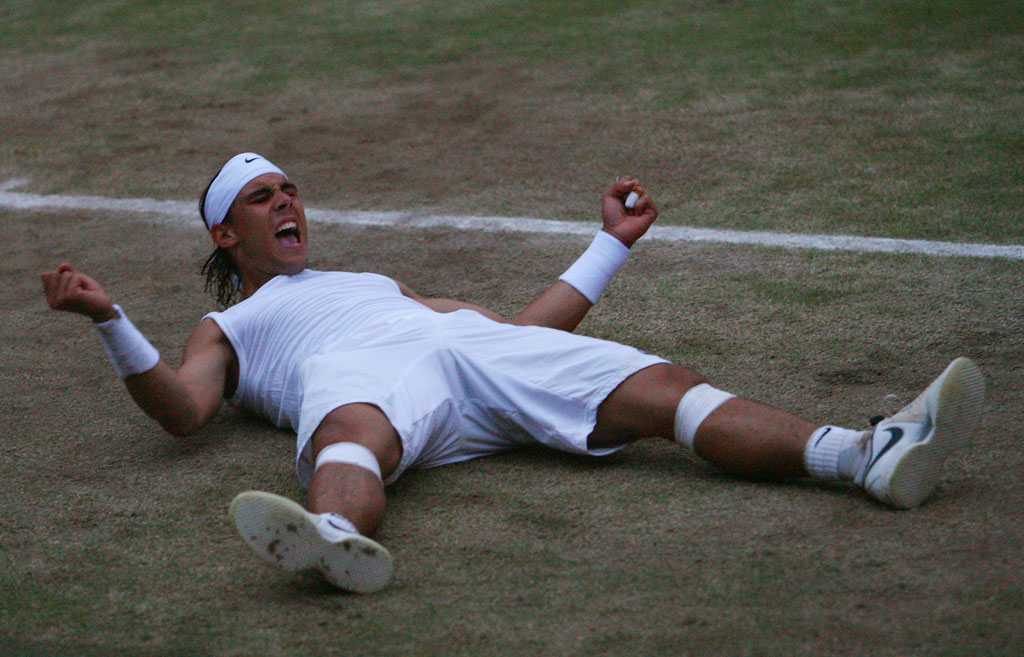 The etiquette in the Wimbledon press box is to maintain a dignified silence as the tennis is played out on the lush lawns of the All England Club, but such politeness was abandoned as I cheered and clapped as wildly as the fans who had paid £91 for their prized Centre Court tickets. What a bargain they picked up.

Emotions of the moment can devalue the achievements of past heroes, but just for once we deserve to get carried away with an occasion that will live forever.

I was there and I’ll never forget it. Thanks Roger and Rafa.