The rise and rise of Daniil Medvedev to No 2 in the ATP Rankings, but can he topple Novak Djokovic at No 1? 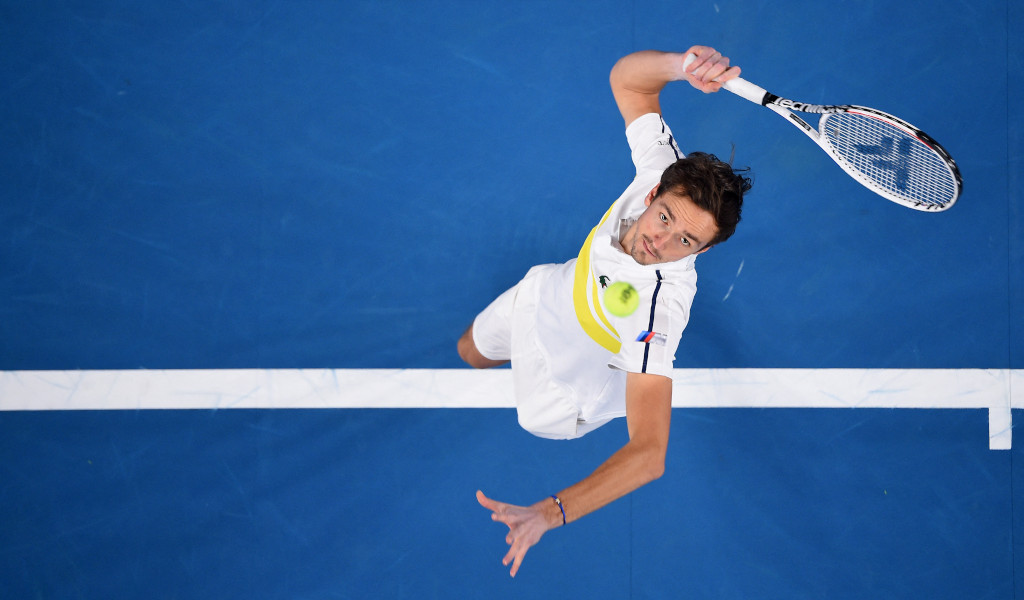 For the first time since 2005 a player other than Roger Federer, Rafael Nadal, Novak Djokovic and Andy Murray is second in the ATP Rankings after Daniil Medvedev moved to a career-high of No 2.

“It is great for the self-esteem that just before becoming No 2 on Monday, I win a tournament,” the Russian said after winning the Open 13 in Marseille.

Now that his self-esteem has received a big boost, the big question is whether or not Medvedev can overthrow the current rankings king, Djokovic, who has been top of the pile since February 2020.

The short and easy answer is he could potentially become world No 1 as early as June this year if he wins the French Open while he could even do it in August even if he fails to win a Grand Slam.

But any tennis fan will know it is easier said than done as it not only depends on his own results while a certain Djokovic will no doubt be keen to extend his record in terms of weeks at No 1 for as long as possible.

What the formidable Russian can control is his own form.

Medvedev’s ascend to No 2 has been no fluke as it has been two years in the making as his rise dates back to the final few months of the 2018 season.

Ranked outside the top 50 at the beginning of August that year, he won his second title, the ATP 250 Winston-Salem Open, and you have to say he hasn’t looked back since.

It has been an astonishing charge from the Russian as he won his first ATP 500 event, the Japan Open, in October and jumped into the top 20 while 2019 was the year when he made everybody sit up and take note of his prodigious talent.

The year yielded four titles, including his first two ATP Masters 1000 titles at Cincinnati and Shanghai, while he also finished runner-up to Nadal at the US Open.

In fact, his hot streak saw him reach six consecutive finals which propelled him into the top five in the ATP Rankings.

He will be the first to admit that there was a slight dip in form at the start of 2020 and, before he could turn things around, tennis was suspended due to the coronavirus pandemic.

But any professional player will tell you that how you respond in the face of adversity shows your true character and Medvedev certainly proved he has the mentality to be at the very top of the game.

When the sport resumed he reached the semi-finals of the US Open before another dip in form saw him struggle during the clay-court season, but he soon found his A-game again as he won the Paris Masters and then added a cherry on the cake by winning the ATP Finals unbeaten, dispatching the likes of Djokovic, Nadal and Dominic Thiem en route to the title.

The 2021 season has started in similar form as he helped Russia to win the ATP Cup and then finished runner-up to Djokovic in the Australian Open final.

That performance, a 7-5, 6-2, 6-2 defeat at Melbourne Park, has been one of his most disappointing in his two-year spell of consistency and he followed it up with another below-par display in his opening clash at the Rotterdam Open, a two-set loss to Dusan Lajovic in the second round.

Before he kicked off his campaign at the Open 13, he was assured of rising to No 2 in the ATP Rankings, but he gave his ego that boost by winning the title, beating Pierre-Hugues Herbert in the final.

“I just wanted to let you know how happy I am at becoming world No 2, especially since it is the first time since 2005 that somebody out of the Big Four becomes the No 2 so it is a great achievement,” he told the US Open social media channels after the win.

Most tennis players, though, will tell you they feel like they have reached the zenith in the sport once they have clinched the No 1 spot in the rankings.

That had seemed an unrealistic goal when Messrs Djokovic, Federer, Nadal and Murray were dominating the sport, but for Medvedev it is not unthinkable that he could be world No 1 before the 2021 season is over.