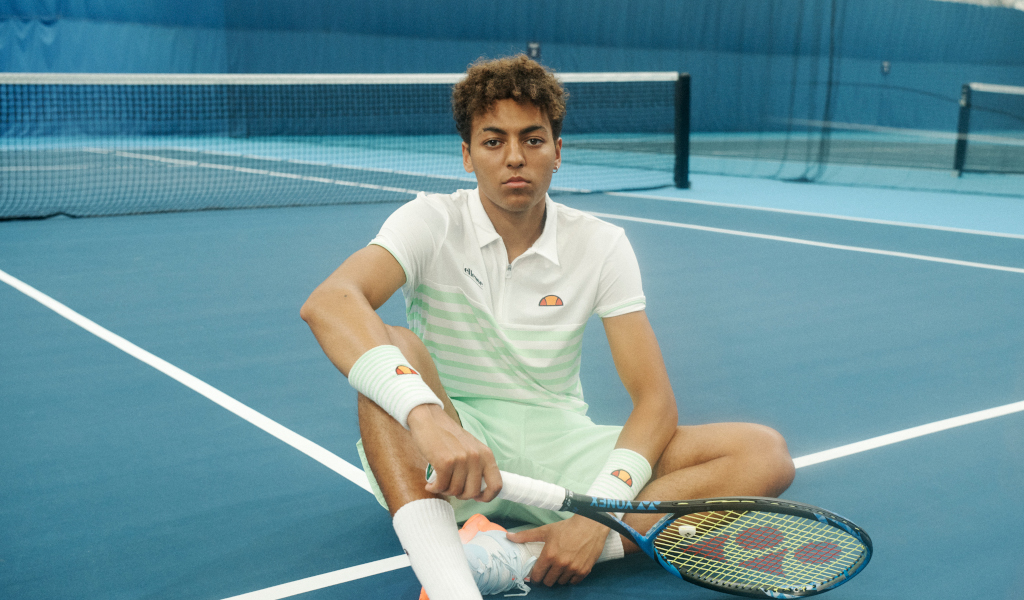 He is Andy Murray’s latest protégé; the former world No 1 swiftly signed up Paul Jubb to his 77 Sports Management agency after he became the first Briton to win the US colleges’ prestigious NCAA men’s singles title, previously won by Grand Slam champions Jimmy Connors, John McEnroe and Bob Bryan.

It’s been an interesting journey for the young man who grew up on a tough Hull council estate with his grandmother after becoming orphaned at a young age. No matter what life threw at him, Paul never lost focus on his tennis career and subsequently won a tennis scholarship to the University of South Carolina in the USA.

Now back on British soil, the ellesse athlete is training with Murray at Roehampton’s National Tennis Centre, ready to make his mark on the world tennis stage and Lynn Carratt caught up with the 20-year-old.

You’ve returned from studying in America, and it’s your first year on the ATP Tour. Was it a difficult decision to give up your studies and turn pro?

Paul Jubb: “My college tennis career was finished (although I still had a year of studying to do on my Retail Management degree) and tennis is my priority, I really felt I was ready to turn pro, and this was the time I had to do it. It was an easy decision in the end. ” 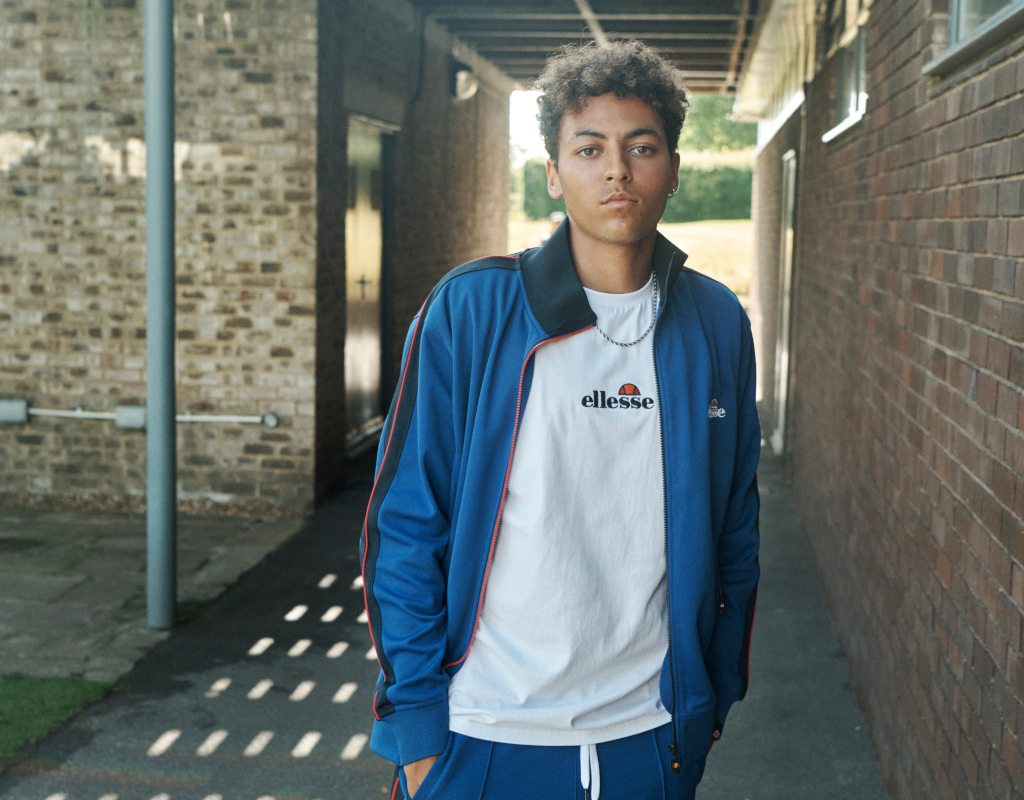 You had only just turned 17 when you won your scholarship to the University of South Carolina – a significant change from Hull. Was that difficult to manage your studies along with your tennis career?

PJ: “Some weeks were harder than others depending on what work I had on in a class, and especially when I was coming up to final and midterm exams, then it would get hectic. I had a lot to focus on; then I was also trying to take care of business on the court and look after my fitness. Sometimes it could be draining, but for the most part, I handled it quite well. I had to be very disciplined and get my work out the way in plenty of time, so it didn’t affect my tennis.”

Now you’re signed to Andy Murray’s 77 Sports Management agency what is he like as a mentor?

PJ: “We’ve been training at the same place for the past five/six weeks now, so I pretty much see him most days and we talk. He’s given me some great advice. It’s been fantastic having someone like him in my corner and getting advice from the best is very cool. It can be a massive help in moving forward. I’ve also hit with him a few times.”

Have you ever beaten him in training?

Which players in the game do you admire the most?

PJ: “Novak (Djokovic), on the court I love the way he plays. I idolised him when I was growing up. Also, I would always watch Rafael (Nadal), and he would always be fantastic, but the more I’ve grown, and the more my game has changed, I relate to Novak a lot more. I also love Andy (Murray) and Frances (Tiafoe) and Jo-Wilfried (Tsonga). Just the passion they show, I like to think of myself in the same category as those guys—the ones who really show that passion and emotion on the court.”

Is it quite challenging to control your emotions when you’re on the court?

PJ: “For me, when there’s a crowd there, it keeps me a bit more controlled. I don’t want to act like an idiot in front of lots of people; I want to be professional. When I’m training, I put a lot of pressure on myself to approach everything with the right attitude. It’s all about habits, and it’s not something you can just do on the day. It’s something you have to do every day in training.” 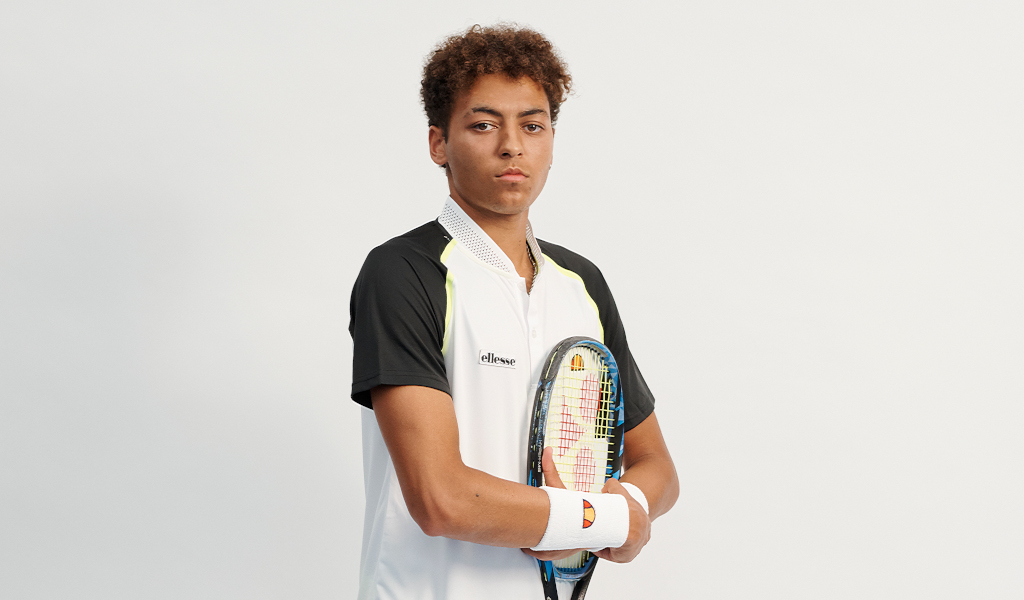 Who would be your dream opponent?

PJ: “As long as I win, I don’t mind. Everyone says they always want to play their rival but whoever’s at the top at the time and I play them, and I win that’s good enough for me.”

What is your most significant career achievement so far?

PJ: “Winning the NCAA’s men’s singles title in the USA, I think just how prestigious of an event it is. It is the pinnacle of college tennis. It was so big, and previous winners have included Jimmy Connors, John McEnroe and Bob Bryan.”

What tournaments do you have coming up in the next 12 months?

PJ: “I’m not too sure what tournaments I’m going to play. Everything is up in the air due to coronavirus. It’s kind of tough. So, I’ll have to wait and see. At the moment, my ranking isn’t high enough for Wimbledon. So I aim to boost my ranking before Wimbledon 2021. I have time. It will be my first full year on the Tour as a professional, and I want to do my best to get as high up the rankings as I can and see what I can achieve.”

Have you noticed any pitfalls in the game? Are there difficult times that you struggle to deal with?

PJ: “Not really, I feel like I was born to compete in sports. That’s the world I live in now. I am competing every day and working hard. I love that about what I do. Obviously, some days are tougher than others, but it’s my dream job, so I’m blessed to be doing this.”