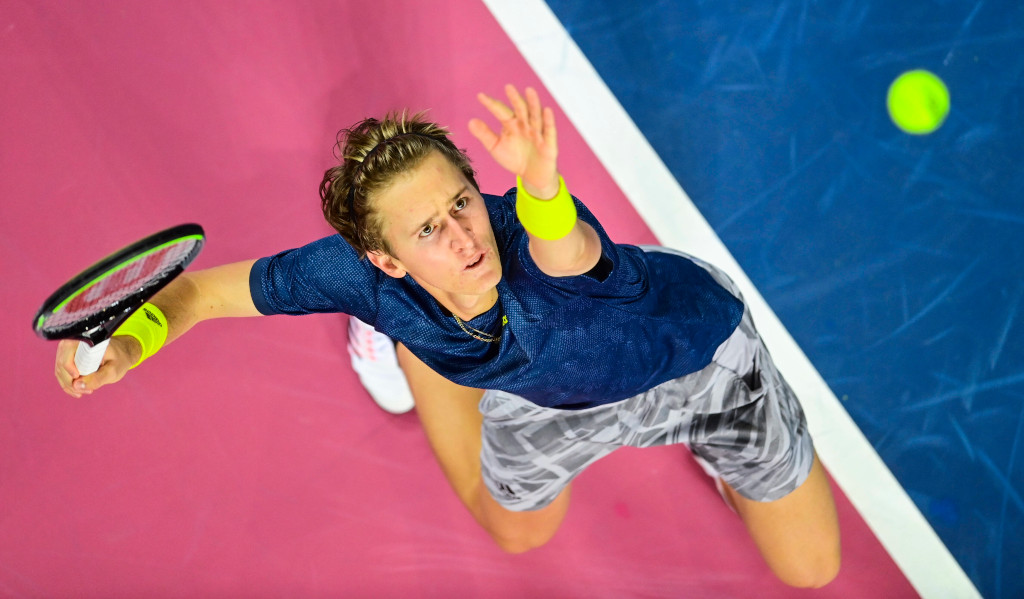 It has been over 17 years since Andy Roddick became the last American man to win a Grand Slam singles title, but Sebastian Korda and Taylor Fritz are hoping to end the drought.

Roddick’s sole title came at the US Open in 2003 and though he came close to adding to that, falling in four Grand Slam finals after that, there has been a noticeable drought for American men since then.

For a country that has previously dominated tennis with greats like Jimmy Connors, John McEnroe, Pete Sampras and Andre Agassi, this kind of drought is unexpected but also disappointing considering the financial support and facilities available in the US.

What highlights this even further is the success US women have had in this time. Not only have Serena and Venus Williams won multiple Grand Slams, Sofia Kenin and Sloane Stephens have also won majors.

With the likes of Amanda Anisimova and Coco Gauff also breaking through and Jennifer Brady and Jessica Pegula now finding form, the future for US women’s tennis continues to look bright.

Now, there is also hope on the men’s side with a number of young male players breaking through.

With long-term US No 1 John Isner falling out of the top 30 next week, Fritz will become the highest-ranked US men’s player for the first time.

The 23-year-old Fritz, the son of former WTA top 10 player Kathy May, has been backed for success for many years, and is now starting to live up to expectations by becoming a more consistent performer on tour.

He reached the fourth round of the Miami Open this week, and has already won an ATP title alongside four further finals.

Fritz can certainly look to pick up better results at Masters 1000 events, though his consistent top-35 ranking over the past seasons means he has given himself the platform to do just that.

However, perhaps the most talked about talent in US men’s tennis right now is Korda, who has surged up the rankings recently.

Korda was perhaps destined for sporting success. His father, Petr, was the Australian Open champion in 1998 and his mother, Regina Rajchtova, was also a top-30 player during her career.

Furthermore his sisters, Jessica and Nelly, are two of the leading golfers on the LPGA, and all signs currently point to him as having the potential to become a real force on the ATP Tour.

Junior champion at the Australian Open in 2018, Korda made his major debut at the US Open last year and made headlines when he reached the fourth round at the French Open as a qualifier, that run only halted by Rafael Nadal.

He built on that momentum by reaching a first ATP final at Delray Beach at the beginning of 2021 and is now in his first Masters 1000 quarter-final in Miami, having picked up his first top-ten win over Diego Schwartzman in the fourth round.

“Any win is a good win,” said Korda in press following his fourth-round victory. “I’ll always put my head down and keep working, and hopefully one day I could achieve something that my dad achieved.”

“You can play tennis for so long if you stay healthy for 15-plus years. Especially guys now they are playing until 40, it’s incredible. There are a lot of years ahead of me.”

Though it is hard to judge just how well Fritz and Korda, alongside other talents such as Frances Tiafoe and Tommy Paul, will do in the years to come, it seems more than possible that an American man might end their Grand Slam singles duck within the next few years.