Serena and Venus Williams at Indian Wells: From being booed to ‘feeling the love’ 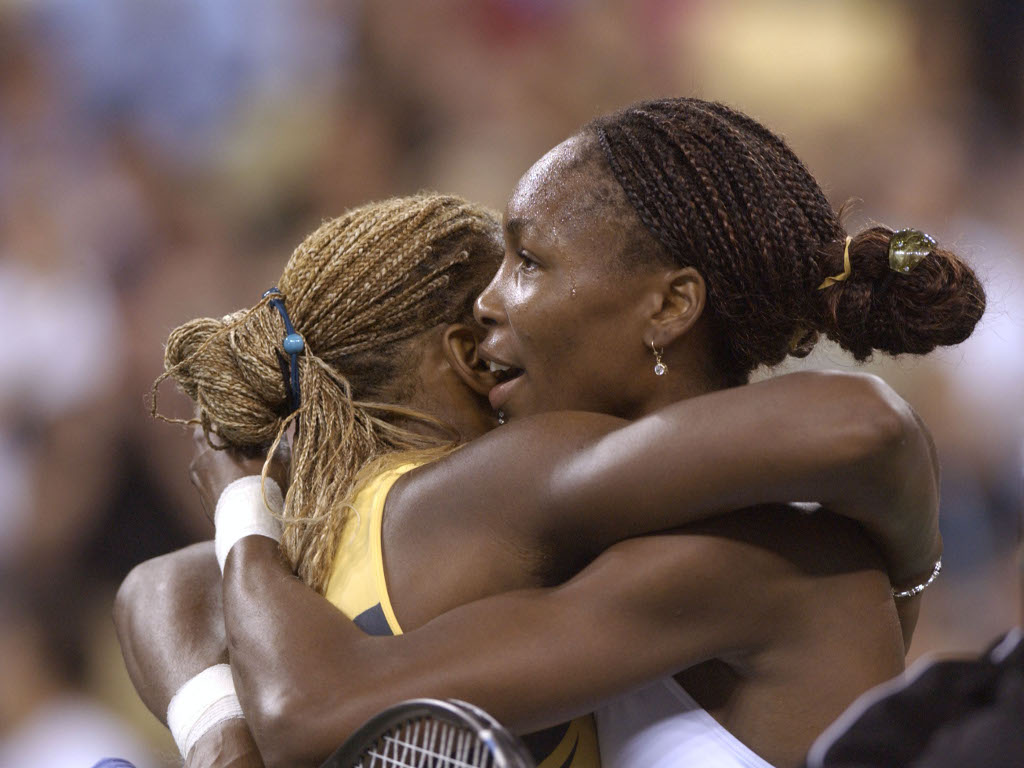 “I definitely feel the crowd behind me if I’m getting behind and when I get match point I feel the love. So I love it, I’m happy. This is home,” Venus Williams said after she reached the semi-finals in Indian Wells for the first time since 2001.

Serena received similar support when she made her singles comeback last week, but 17 years ago it was a different story as the Williams sisters and their father, Richard, were given a hostile welcome.

On March 17, 2001 Serena played Kim Clijsters in the final of the BNP Paribas Open, but boos rang around the stadium when she entered and Venus and their father were given a similar reception when they made their way to their seats.

The controversy started a few days earlier when Serena and Venus were due to meet in the semi-final. After being beaten by Serena in the quarter-final, Elena Dementieva was asked who would win and the Russian replied: “I mean, I don’t know what Richard thinks about it. I think he will decide who’s going to win tomorrow.”

Then just minutes before their match was due to get underway, Venus withdrew due to tendinitis, giving the crowd even more ammunition.

Both Serena and Venus were asked whether or not their father decides who wins matches and both denied the allegation with Serena saying: “I think maybe if my dad would decide, then maybe Venus wouldn’t be up 4-1, maybe it would be three-all by now.” 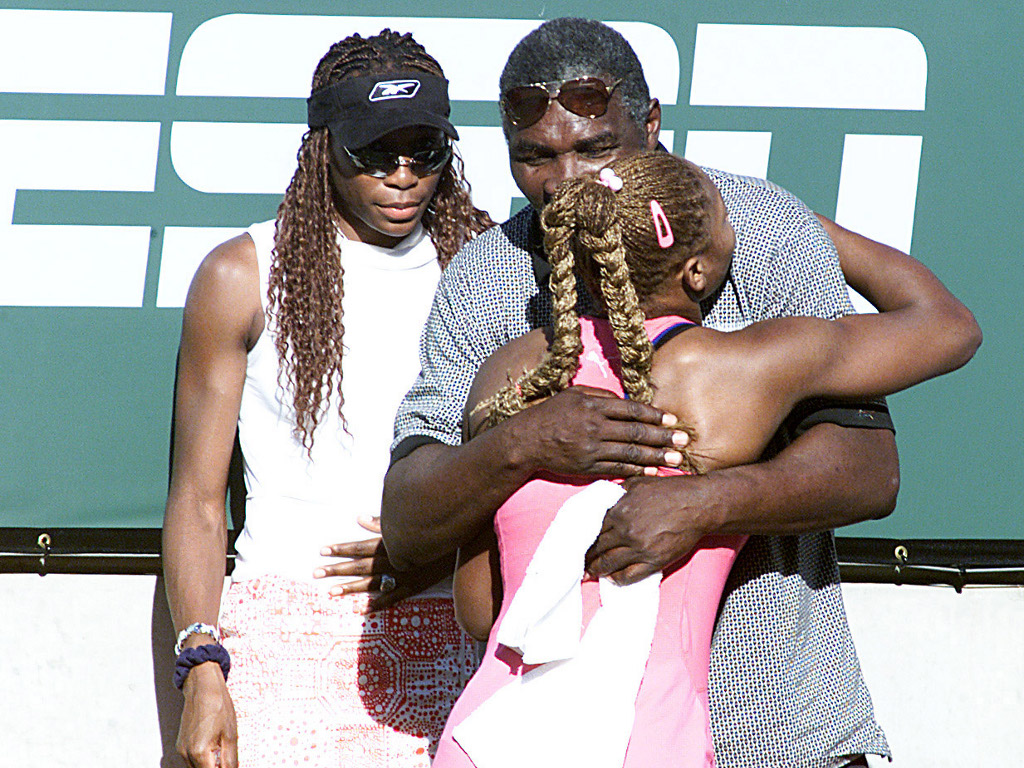 The crowd, though, had already made up their mind and they made their feelings known when Serena arrived.

Needless to say, Serena was put off at the start of the final as Clijsters won the opening set, but the American eventually put it to one side to claim a 4–6, 6–4, 6–2 victory for her second Indian Wells title.

However, even after the match Serena was still booed.

“At first, obviously, I wasn’t happy,” she said in the press conference. “I don’t think mentally I was ready for that. To be honest, what I literally did on a changeover, I prayed to God to help me be strong, not even to win, but to be strong, not listen to the crowd.”

“I’d like to thank everyone who supported me, and if you didn’t, I love you guys anyway.”

Richard Williams made it clear that the booing was motivated by racism.

A few years later in his book Black and White: The Way I See It he wrote: “The chorus of boos that cascaded through the stadium sent a powerful message to America, to Venus, to Serena, and to me. It was a message from the past, one America tries to put behind it but can never forget. It was a snapshot from the days when the open humiliation of the black race was accepted without question. Accusations and racial epithets flew through the stadium.”

The Williams sisters didn’t play at Indian Wells in 2002 and it took another 13 years before Serena made her comeback in 2015 and shortly before her return she backed up her father’s claims of racism. 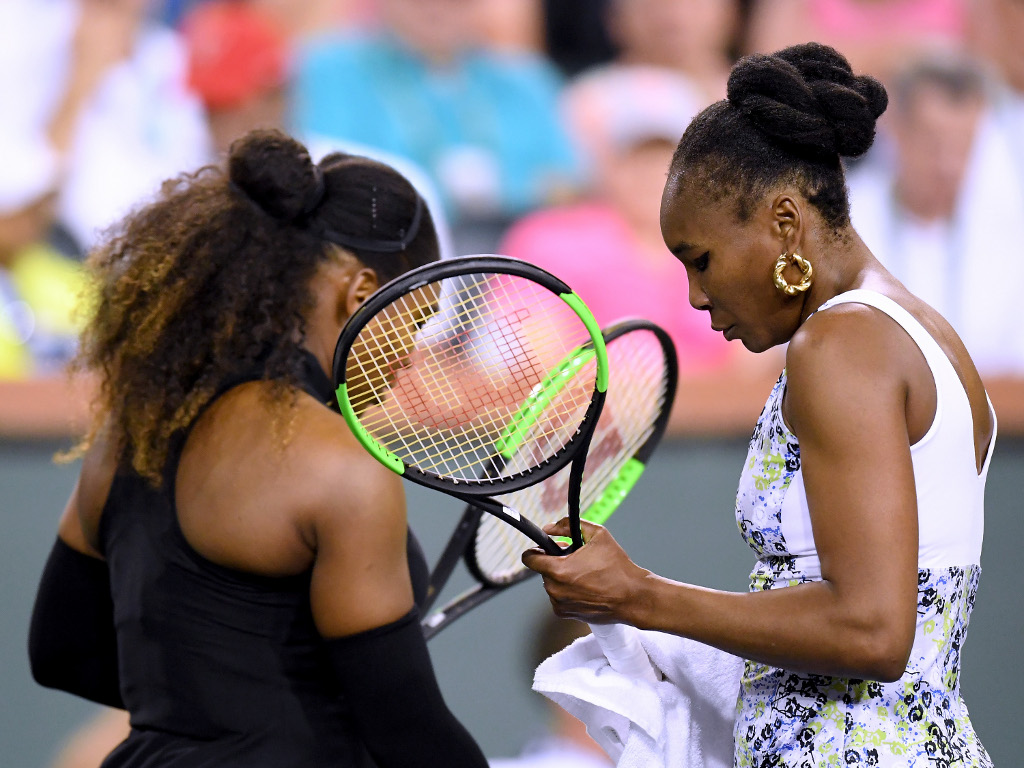 “The false allegations – that our matches were fixed – hurt, cut and ripped into us deeply. The undercurrent of racism was painful, confusing and unfair,” she wrote in Time magazine.

Venus finally returned in 2016 and Serena would finish runner-up to Victoria Azarenka that year.

The following year, Venus lost in the quarter-final while Serena missed the bulk of the season after revealing she was pregnant with her first child shortly after the Australian Open.

With Serena opting for Indian Wells as her singles comeback tournament after giving birth, it threw up an all-Williams tie in the third round.

There were only cheers when the two sisters walked onto the court for the 29th all-Williams professional match and there was no talk of match fixing or throwing games when Venus claimed a straightforward 6-3, 6-4 victory.

And this time Venus “felt the love”.