Stories and sub-plots: Five things to watch for at the Australian Open, including Rafael Nadal struggles

Ahead of the Australian Open, Michael Graham picks out five stories and sub-plots to keep your eye on as the tournament develops, including the biggest problem facing Rafael Nadal.

There can be little question that Rafael Nadal has had a stunning six months or so heading to Australia.

The Spaniard has won the US Open, added to his Masters titles collection, and finished 2019 as year-end world number one.

One thing he hasn’t done, though, is solve Novak Djokovic.

Djokovic has Nadal’s number, and there is no getting away from it. If there was any doubt, the ATP Cup final should have removed it.

It won’t be easy for Nadal in Melbourne, especially with the conditions favouring his rival, but beating Djokovic to the Australian Open title would be right up there with his biggest achievements.

If Nadal can find a way to win the Australian Open, he will draw level at the top of the all-time Grand Slam title count with his ultimate rival, Roger Federer.

Nadal says he is not motivated by that, and Federer insists he would not be bothered about losing the record, but it would still be a significant moment in their storied rivalry.

Who knows, maybe it will push Federer to win it himself? You’d never put anything past Fededer, even at 38-years-old.

Can the youngsters make a breakthrough?

Let’s be honest: We ask this at the start of every Grand Slam, and we have for as long as most of us can remember. They have never really delivered.

Something feels more imminent now, though. Obviously, the big three have started to look a little more vulnerable than before, which happens with age.

But also, there are two players who look genuinely on the cusp of something: Daniil Medvedev and Stefanos Tsitsipas.

Medvedev gave a brilliant account of himself in the US Open final and Tsitsipas won the ATP Finals in November, so both are pushing.

Dominic Thiem deserves to be in the conversation too, particularly with two Grand Sla finals behind him.

Does Serena Williams have another left in her? 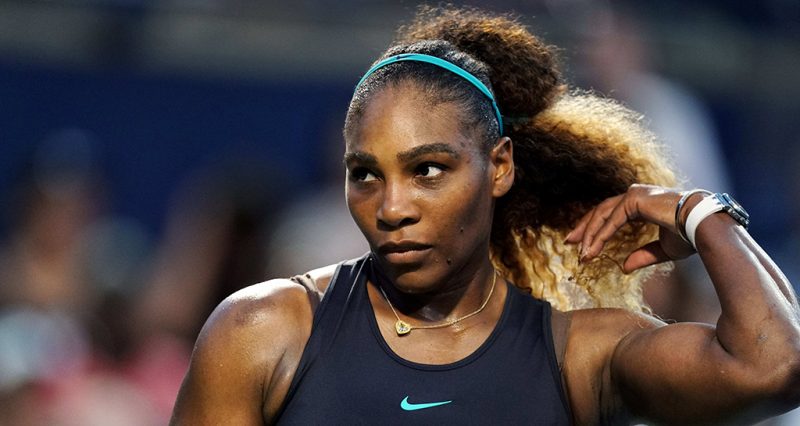 Serena Williams isn’t the force she was, but she is still reaching Grand Slam finals with stunning regularity.

She has come close to winning the US Open twice and Wimbledon twice since she returned to tennis after becoming a mother, but has fallen at the final hurdle in all four.

However, there doesn’t appear to be a true favourite for the women’s title, does there?

Ashleigh Barty may struggle to deal with the expectation at home, Naomi Osaka is in the early days with her new coach, and Simona Halep is struggling for consistency.

Consistency is something Williams never struggles for, though, and she could flourish in Melbourne.

How will the bushfire crisis affect things?

There’s no getting away from the fact that air quality is a huge problem heading into the Australian Open.

Melbourne is at the mercy of the winds, which can bring thick smoke from the bushfires to engulf the city.

Qualifying has been severely affected, with players retiring hurt due to coughing fits and reporting they are struggling to breathe.

The Australian Open usually has searing temperatures to deal with, so they are well-versed in medically protecting players, but how this particular situation actually plays out in practice is anyone’s guess right now.