The Sunshine Double: What is it, and how often does it happen? 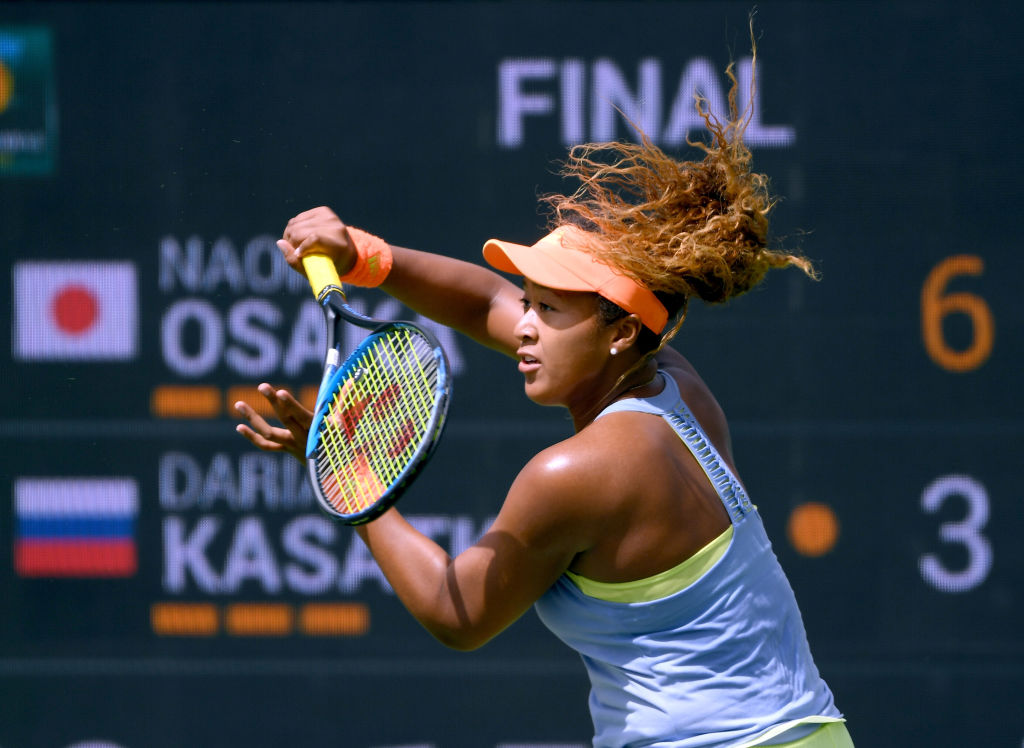 How easy is it to complete the Sunshine Double? Peter Hampshire takes a look.

Following victories at the BNP Paribas Open both Juan Martin del Potro and Naomi Osaka have an enviable opportunity to join one of the most exclusive clubs in Tennis.

It took six years for Jim Courier to be the first to claim the accolade of winning both the Indian Wells and Miami Open in the same year – a feat dubbed the Sunshine double.

‘The One and Only’ by Chesney Hawkes was top of the charts and Arsenal were on their way to winning the First Division as Courier beat David Wheaton in the 1991 Miami Open singles final.

Dumping out defending champion Andre Agassi in the fourth round, Courier beat fellow American Wheaton 4-6, 6-3, 6-4  in the Miami Open final after needing five sets to dispatch of Guy Forget at the Indian Wells.

Beating Rafael Nadal in just one hour and 34 minutes in last year’s final suggests that Roger Federer could present a masterclass on how to pull off a perfect fortnight in Florida, adding this to consecutive Sunshine Doubles in 2005 and 2006.

While not in contention for a fourth due to a surprising final defeat to Del Potro two weeks ago, the Swiss Maestro has a hat-trick of Sunshine Doubles to his name.

Following his latest victory in 2017, he stressed the resilience needed saying “It was more of a fight mode I was in today just trying to stay afloat. Physically, emotionally it’s been a draining week.” Saving three match points against the serve at the Indian Wells 2018 final, Del Potro certainly has that resilience in his locker.

This week’s Miami Open sets itself apart from other major competitions being the only non Slam tournament to feature a seven round draw meaning that 12 consecutive wins are needed for seeded players.

Some heavyweight names have failed to achieve the double. A list that includes Jimmy Connors, Rafael Nadal and Andy Murray. Only one man, Novak Djokovic, has achieved the feat four times in men’s singles.

20-year-old Japanese star Osaka, coached by Aleksandar Bajin, will have to win it the hard way should she complete the women’s double. Currently enjoying her highest ever singles ranking of 22, she’s been handed a tricky opening contest with Serena Williams, whose inclusion in the tournament has sparked a debate about seeding in the women’s game.

She could follow in the footsteps of Steffi Graf, Kim Clijsters and Victoria Azarenka, who saw off Russian Svetlana Kuznetsova in 2016’s Miami final.

Overshadowed somewhat by her hilarious acceptance speech, Osaka beat fellow youngster Daria Kasatkina 6-3, 6-2 in just 70 minutes to top off a sensational run at Indian Wells that saw her beat more established players such as Simona Halep and Maria Sharapova.

Upon collecting her sliverware, outsider Osaka said “I really feel like I have another match I have to play tomorrow, and it didn’t really sink in that I won.”

You can follow all the Miami Open action from every game in our LIVE Centre throughout the tournament, and be sure to check out our betting guide for some top pre-tournament tips.