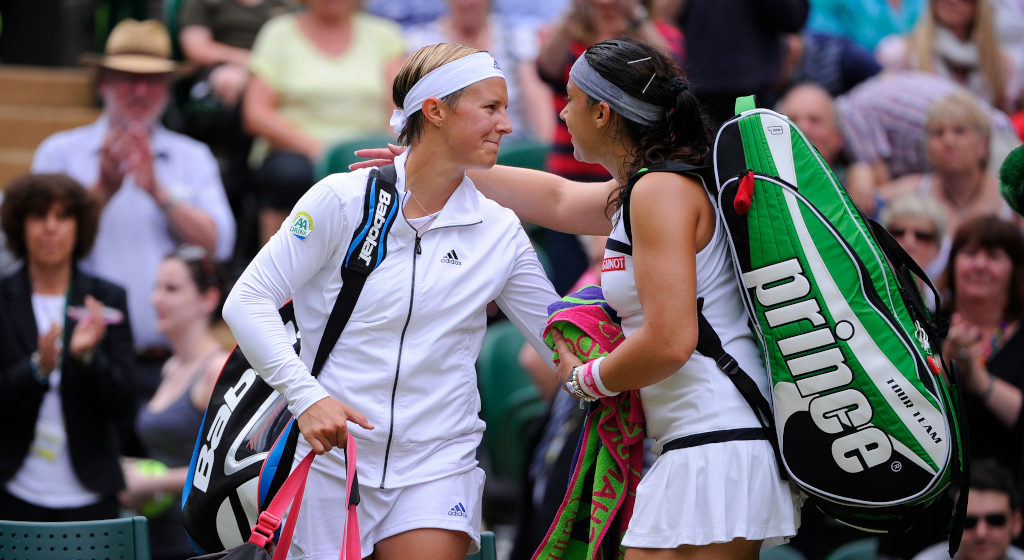 Though both have played very well since the Australian Open started, very few would have predicted a semi-final between 25th seed Karolina Muchova and 22nd seed Jennifer Brady.

Brady reached this stage at the US Open last year, though it is a first major semi-final for Muchova and the winner will be in a Grand Slam final for the very first time.

With the two set to face off for a final place in the early hours of Thursday morning, we look at some more surprising Grand Slam semi-finals that have taken place in recent years.

Just last year there was a huge surprise at the French Open when Swiatek and Podoroska faced off for a spot for the final at Roland Garros.

Swiatek had shocked many with her win over Simona Halep in the fourth round and reached the last four unseeded, whilst Podoroska was the first qualifier in 21 years to reach the semi-final of a women’s singles Grand Slam in just her second major appearance.

Podoroska had won eight matches across qualifying and the main draw, but her run was halted abruptly, with Swiatek winning 6-2, 6-1 and claiming the title two days later.

Welcome to the final 👏

19-year-old @iga_swiatek dominates Podoroska 6-2 6-1 to become the first 🇵🇱 woman in the Open Era to reach the title match in Paris.#RolandGarros pic.twitter.com/48CIv1C8vO

At Roland Garros in 2019 there were two fairly surprising semi-finals, with Barty beating Anisimova and Vondrousova beating Konta to set up a final encounter.

Despite being seeded eighth Barty was not expected to do too well on clay though rallied from a set and a break down against the unseeded Anisimova, who was just 17 years old and had knocked out Halep in the last eight.

Meanwhile, 26th seed Konta served for both sets in her semi-final but ultimately lost to the unseeded Vondrousova, who put on a spirited display, though she fell fairly convincingly to Barty in the final the next day.

With the absences of Novak Djokovic and Andy Murray due to injury, this was one of the most surprising semi-finals in recent ATP history with 28th seed Anderson taking on 12th seed Carreno Busta for a place in the final.

In an incredibly open draw, Anderson had beaten the likes of Borna Coric and Sam Querrey to reach the last four, whilst Carreno Busta had incredulously come across qualifiers in his first four matches before beating Diego Schwartzman in the last eight.

The Spaniard started brightly but it was Anderson who prevailed, with the South African prevailing 4-6, 7-5, 6-3, 6-4 before losing to Rafael Nadal in the final.

Very few majors have been quite as dramatic as Wimbledon in 2013, with several huge upsets across both draws, and a semi-final between Bartoli and Flipkens had not been on the cards before the event began.

Runner-up at the tournament in 2007, 15th seed Bartoli had snuck through the draw fairly quietly without dropping a set whilst 20th seed Flipkens had picked up a shock win against former champion Petra Kvitova in the last eight.

The Belgian was the favourite for this match but was swept aside by Bartoli, who won 6-1, 6-2 and claimed her sole major title by beating Sabine Lisicki two days later.