T365 Recall: When Pete Sampras’ tears of a robot laid the foundation for his legend 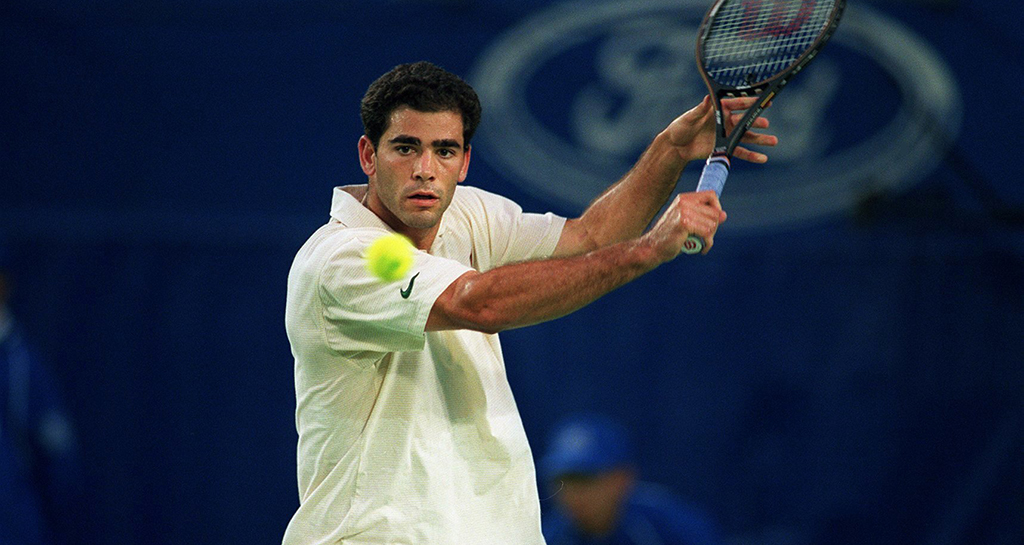 27 years ago today, Pete Sampras lost two matches in one day at the Barcelona Olympics, one singles, one doubles, both after leading by two sets to love. Michael Graham remembers the iconic occasion that showed just what an incredible fighter of adversity he was, on the rare occasions that struggle found him.

The scores are level at two sets apiece, although he’s had to battle back from two down to get himself into this position.

In the deciding set, he’s visibly struggling. His face is flooded with tears. It’s his service game, and he pauses to dry his eyes with his sleeve.

“You doing alright, Pete?” his opponent and close friend Jim Courier calls from across the court. “We can do this tomorrow, you know.”

The crowd laugh unknowingly, Sampras declines. He takes a few seconds to compose himself and serves a thunderous, effortless ace. 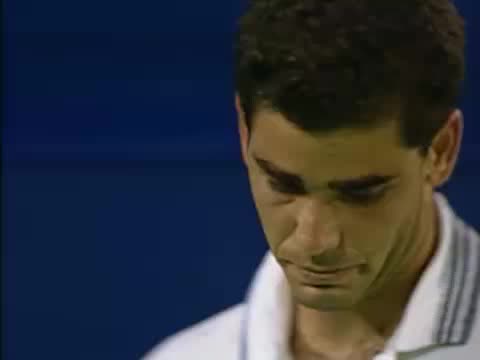 For me, personally, it’s one of the great moments in sports history, never mind tennis. But first, let’s go back to the beginning.

I grew up in a tennis household. That meant something different to what it does now.

These days, if kids don’t share a passion with their parents, they just pick up their iPad or go watch another television in the house. The options for kids today are seemingly endless, as is, both ironically and confusingly, their capacity for boredom.

For me, that was tennis. I didn’t enjoy it, I have to be honest, but I did learn to appreciate it. We only had four television channels from which to choose, and for the two weeks that Wimbledon was on, half of them were showing tennis pretty much from morning to night.

There it was, right slap bang in the middle of the summer holidays, and I just couldn’t escape tennis. And in that era, that meant one thing: Pete Sampras.

Sampras won seven Wimbledon titles in total, five of them before I had left home. In fact, in eight years between 1993 and 2000, he lost just one match. That was in 1996 in the quarter finals to eventual winner Richard Krajicek.

It’s fair to say that he wasn’t liked in our house. Well, not by my mother, anyway. She used to complain he was too hairy and stuck his tongue out too much, but that was just a front for the real issue: he was too good. After watching him in person at Wimbledon for the first time, she confessed he was completely “different level”.

It was a fair observation. For a time, a long time, Sampras stripped Wimbledon of its variety, and what’s more, he didn’t even have the decency to do it with a degree of flamboyance and charisma like an Andre Agassi or Goran Ivanisevic could have done.

He sauntered onto court, served big, dominated, and sauntered off again without looking like he even remotely enjoyed or appreciated it. I’m sure my mother’s opinion of him wasn’t unique to her.

“I envy Pete’s dullness,” Agassi said after likening him to a ‘robotic parrot’ in his demeanour. “I wish I could emulate his spectacular lack of inspiration, and his peculiar lack of need for inspiration. We could not be more different, Pete and I.”

Personally, though, I loved him, and I loved him for all the reasons that others, my Mother, and Agassi among them, didn’t. 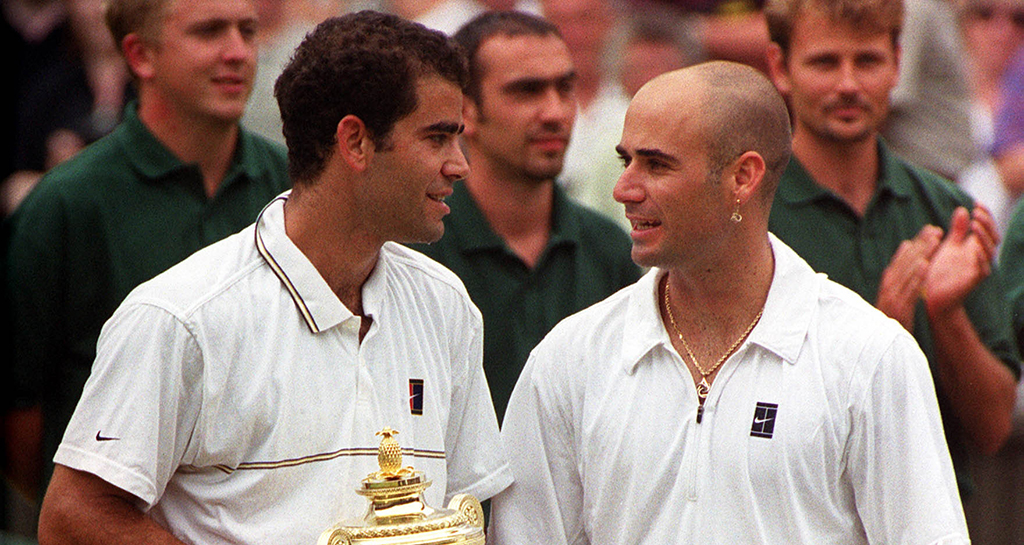 Plucky losers, to me, were just that – losers. I liked winners. I liked people who won so much and so coldly that they annoyed everyone else. I liked Pete Sampras.

And so back to Melbourne, 1995. The first thing to revere about the match was she sheer quality.

“I realized early, going into the second set, something special was happening out there,” Courier said afterwards. “We were both not missing very much, and all the points were really being fought for.”

The match had it all – rallies that sometimes lasted for more than 20 shots, volleys that were inspired, chases after balls that seemed impossible to reach yet somehow were returned.

“It would certainly be one of the few, if not the best, I’ve played as far as the intensity and quality of play,” Courier added.

“I don’t feel bad about this match at all. I know I played well.”

The real story though was the drama that was unfolding behind it. Days earlier, Sampras had learned that his beloved coach, Tim Gullikson, had been diagnosed with the deadly cancer that would later claim his life.

Truth is, where Pete Sampras was concerned, the myth was also the man. He was an introvert who closely guarded his true personality and let very few people close. Gullikson was one of them. They were close friends, closer than the world really knew.

“It was nice to just hang out, play cards or golf,” Sampras recalled. “We gelled and never had any issues on and off the court. We were always around each other and we both didn’t internalise our feelings.”

The night before that incredible match in Melbourne, Courier had visited Gullikson in hospital along with Sampras. He was fully aware of what was going on when he made the offer to postpone the end of their match. 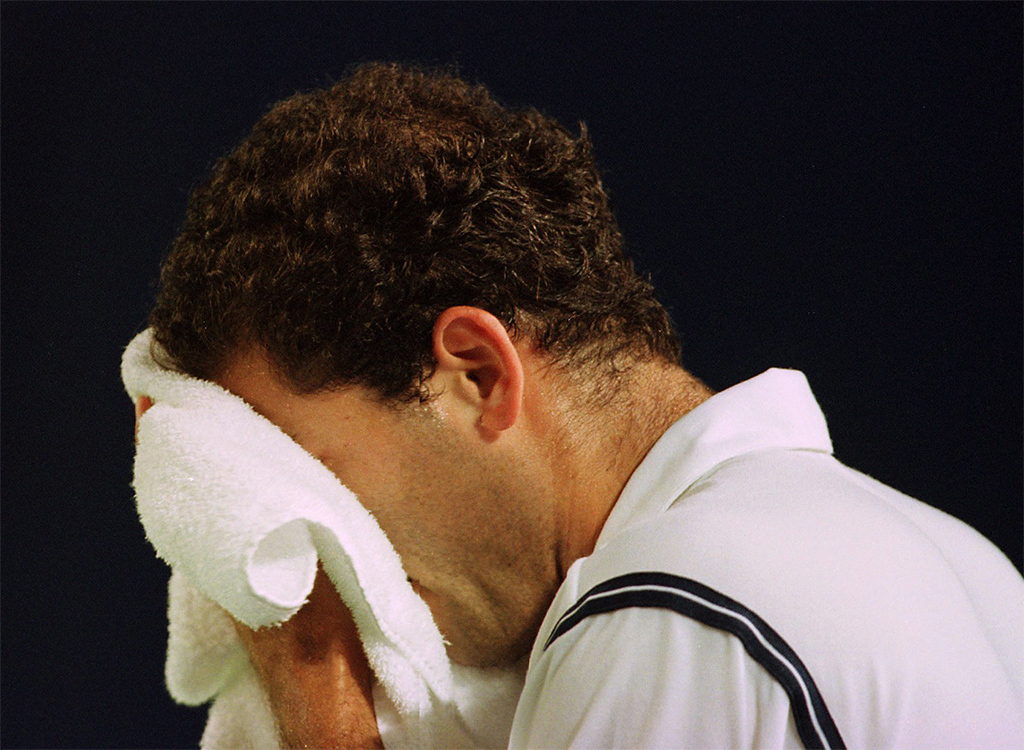 “It was plain to see that Pete was releasing the emotions he had been struggling to contain for a few days.”

Sampras, though, was unmoved by the offer: “I needed to go out and play well, because the last thing Tim needed was to start feeling guilty over how he was impacting my game – and Tim was just the kind of guy to do that.

“I couldn’t control my emotions. I lost the first couple of sets and spent the next 90 minutes getting back to even in order to exhale. I was fighting my a** off. It became a personal mission to finish off the match.

“I went to see Tim immediately after the match. I could see that Tim was worried. I remember seeing Tim and Tom (Tim’s twin brother) crying at the hospital.”
For me, it’s a tale that sets Sampras aside as a true sporting great more than any of his titles.

It was the moment when the robot was peeled back and the man emerged, and laid bare for all to see just how impressive the man beneath was and had always been.