Ten facts about Caroline Wozniacki: Featuring her love for Liverpool and chocolate, and her multilingualism 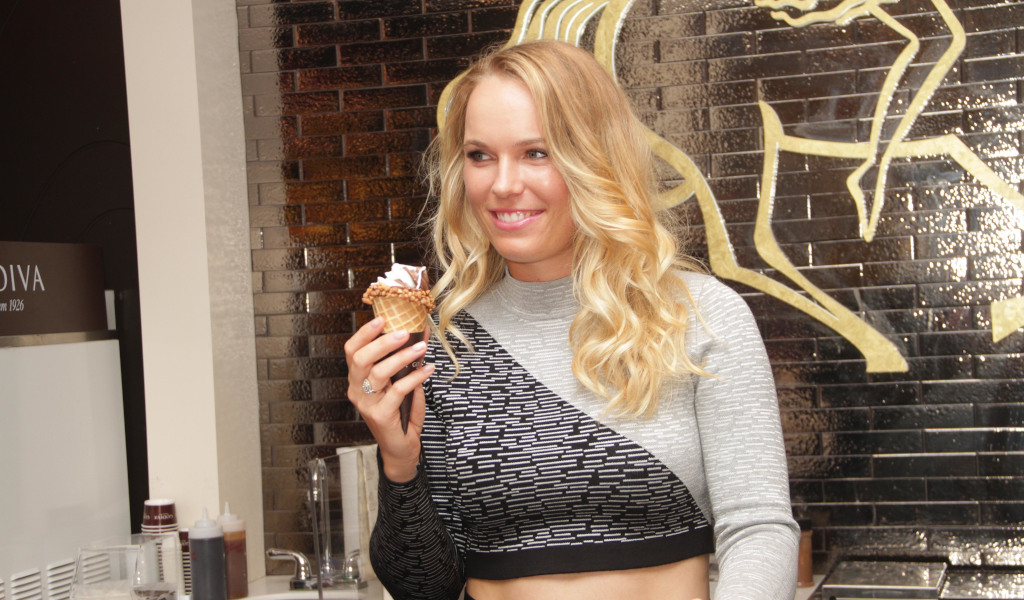 Caroline Wozniacki announced last week that she is to retire from professional tennis after the 2020 Australian Open.

To celebrate her 15-year career, we look at 10 fun facts about the former world No 1.

1. She hails from a sporting family
She is the daughter of Polish immigrants, Piotr Wozniacki and Anna Wozniacka, both of whom have fine sporting pedigree.

2. A Liverpool fanatic
Staying with football, she is a massive supporter of English Premier League club Liverpool – even though her brother supports Manchester United! “I wanted to be different,” she says.

She is often seen donning a Liverpool jersey and has attended matches at Anfield on several occasions.

And we are here!!! #Anfield @LFC pic.twitter.com/fJTbyQNXEy

Useless to say she must be pleased with her selection at the moment as her team are the reigning European club champions and are sitting pretty in the Premier League.

3. A sub-3:30 marathon runner
Many professional athletes dream of completing a marathon, but very few achieve it while they are still competing at the top in their various sports.

However, Wozniacki is different class as back in 2014 she not only completed the New York City Marathon while still active (she was ranked No 8 in the world at the time), but she dipped under the three-hour and 30-minute mark.

She finished her debut marathon in a time of 3:26:33 to be precise. Not bad for someone who attended a Halloween party three days before the big day and then on the morning of the race she had two bagels.

Oh and she also raised $81,000 for the Team for Kids charity in the process.

Is it normal to cry when someone finished marathon? So proud of you caro @CaroWozniacki #nycmarathon

The two have been BFFs for a long time and Serena was a bridesmaid at Caroline’s wedding in June this year.

@carowozniacki @davidlee I was so happy to see such two amazing people united with love. Here’s to a lifetime together ??

5. Living happily ever after
After her engagement with former golf world No 1 Rory McIlroy ended in brutal fashion, she found love again in former NBA champion David Lee.

Wozniacki and McIlroy got engaged on January 1, 2014, but a few months later the golfer ended things after being spooked by the invitations going out.

However, she found her happy after as she confirmed her relationship with then San Antonio Spurs player Lee on Valentine’s Day in 2017. Nine months later they got engaged before tying the knot in June 2019.

6. Olympic flag bearer
Only a handful of people have the honour of being a flag bearer for their country at the Olympics and Wozniacki got that feather in her cap at the 2016 Summer Games in Rio.

Such a dream come true!! Was chosen to be the Danish flag bearer at the opening ceremony at the Rio Olympics! 😃😃 pic.twitter.com/mIfFj0pnPz

Unfortunately she was unable to medal for Denmark at any Olympics with her best performance a quarter-final exit at the 2012 London Games.

Such an incredible honor to receive the Damehood of the Dannebrog order today! 🇩🇰

7. A first for Denmark and Scandinavia
Wozniacki is the only player (male or female) from Denmark to be the world No 1 in tennis while she is also the only Scandinavian female to achieve the feat in the WTA Rankings.

In total she spent 71 weeks atop the rankings, which puts her ninth in the all-time list.

8. She speaks eight (!) languages
She is fluent in English, Danish and Polish while she can also speak Czech, Slovakian, Norwegian, Swedish and Russian.

She admitted that she initially struggled to come to terms with the diagnosis in August 2018, but then took it in her stride.

“In the beginning, it was a shock, just you feel like you’re the fittest athlete out there, or that’s in my head, that’s what I’m known for, and all of a sudden you have this to work with,” she said.

The Dane added: “You just kind of move on from it and work through it and figure out how to deal with it and live with it. That’s that. I’m very proud of how I have been so positive through it all and just kind of tried to not let that hinder me.”

Her condition didn’t have an impact on her decision to retire, saying “this has nothing to do with my health” adding that she wants to “help raise awareness about rheumatoid arthritis”

10. A self-confessed chocoholic
After mentioning in an interview she’d like a chocolate company to sponsor her, Godiva stepped forward with a deal in 2015.

“Most athletes have a guilty pleasure,” Wozniacki said. “We work out so much, we need that sugar, and chocolate has always been my thing.

“I’m going to start at one end of the product line and try every single piece of different chocolate that they make.”