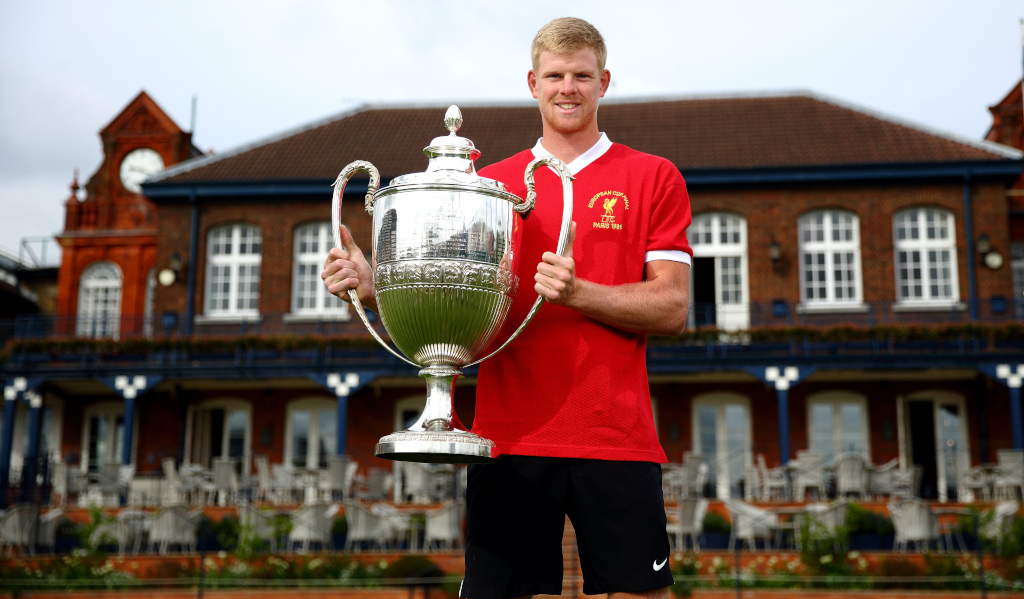 Kyle Edmund celebrates his 24th birthday today and we celebrate with 10 facts about the British No 1.

1. He took his first steps in South Africa
The 24-year-old was born in Johannesburg as his mother was a South African national while his father is a Welshman who grew up in Zimbabwe.

However, his family moved to Yorkshire when he was three and, after initially being interested in cricket, tennis and swimming, he started focusing on tennis from the age of 10.

2. He is a double junior Grand Slam champion
He won the 2012 US Open Boys’ Doubles alongside Frederico Ferreira Silva when they beat Australian pair Nick Kyrgios and Jordan Thompson in the final.

And a few months later the pair teamed up again to win the 2013 French Open Boys’ Doubles, this time seeing off Chilean duo Christian Garin and Nicolás Jarry. 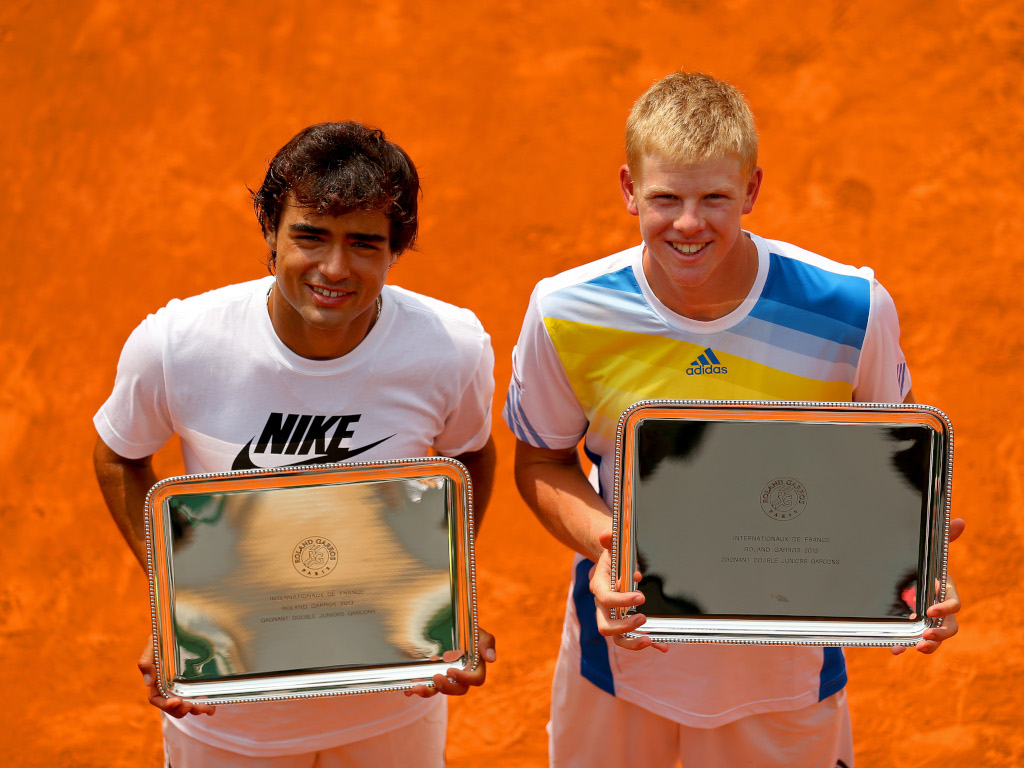 3. 2018 was a year of firsts
The 2018 season was a year to remember for Edmund as he reached his maiden Grand Slam semi-final, only the sixth British man to do so, when he made it to the last four at the Australian Open.

However, bigger and better things were to come as he became the British No 1 in April and yet he was not done as he won his maiden doubles title at the Estoril Open in May before finally winning his first ATP Tour singles title at the European Open in October and it ended up being a teary affair.

4. He is die-hard Liverpool fan
Edmund is passionate about football and supports Premier League outfit Liverpool.

“From being very young I just loved the kit, the crowd, the atmosphere. I had Liverpool bed sheets, curtains, everything,” he said.

Pity the Reds couldn’t give him the perfect present on Monday as they crashed out of the FA Cup to Wolverhampton Wanderers.

5. He is a petrolhead
He loves sports cars and is a big fan of Formula 1. He did the whole grid walk at the 2018 British Grand Prix. He has in the past revealed that if he wasn’t a tennis player, then he would love to be an F1 driver.

At the home of British racing, had a blast! Huge thanks to Rolex for the invite 🏁 @F1 #BritishGP pic.twitter.com/55z47QNoco

6. Ricky Ponting is his cricket idol
Cricket is another one of his passions and former Australia captain Ricky Ponting was a player he admired during his heyday.

During his run to the 2018 Australian Open semi-final, he had this to say: “I obviously watch the cricket. I was in a restaurant the other day and Ricky Ponting walked in. He’s like one of the biggest Aussie legends. It was like, ‘Oh, there is Ricky Ponting’. Because I follow sports, I idolise him. I am aware of him and how good they are in sport.

As for his own cricket-playing abilities, he was an all-rounder in his younger days.

“Batted and bowled. Yeah, I was sort of county level at that age. Yeah, when I was probably 12 or 13, then obviously I took tennis seriously.”

7. He is one of only six men…
…to make their Davis Cup debut in the finals.

Edmund was part of the Great Britain Davis Cup team when they won the trophy during 2015 and he only made his debut in the finals itself, losing his singles rubber against David Goffin. 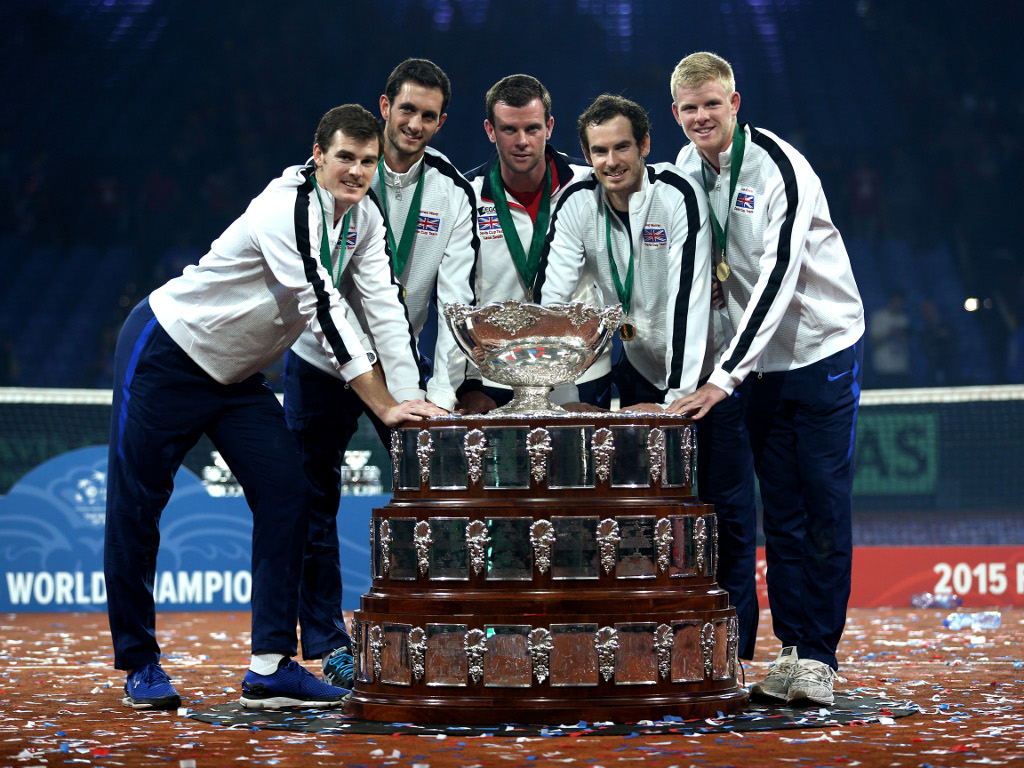 9. He loves his Jaffa Cakes
During an interview with BBC Sport back in 2013, he was asked about his favourite food and replied: “My favourite healthy food would be a home cooked beef stew made by my mum. My unhealthy food which I am not allowed to eat (but I do anyway) would be chocolate (Galaxy or Jaffa Cakes).”

10. Rap music gets him going
In the same interview with BBC Sport, he revealed the likes of Professor Green, Tinie Tempah, Maroon 5, Stereophonics, Jay-Z and Drake are on his “playlist at the minute”.

Here’s a bit of Drake for you Kyle.

How about some Maroon5?

Wonder if his music taste has changed since 2013? That interview was done when he was still in his teens.

Bonus: Roger Federer started following him on Instagram today after the pair practiced together ahead of the Australian Open.

Another bonus: His horoscope for 2019
He’s a Capricorn and therefore the stars say this year…

“Now is your chance to rebuild something from the ground up (figuratively, like your self-esteem or literally like a new house). Hopefully, you’ve spent the last few months of the retrograde contemplating where things may have gone wrong, so you should be set to start rebuilding on a more solid foundation.”

Yeah, we are not sure what to make of it either.