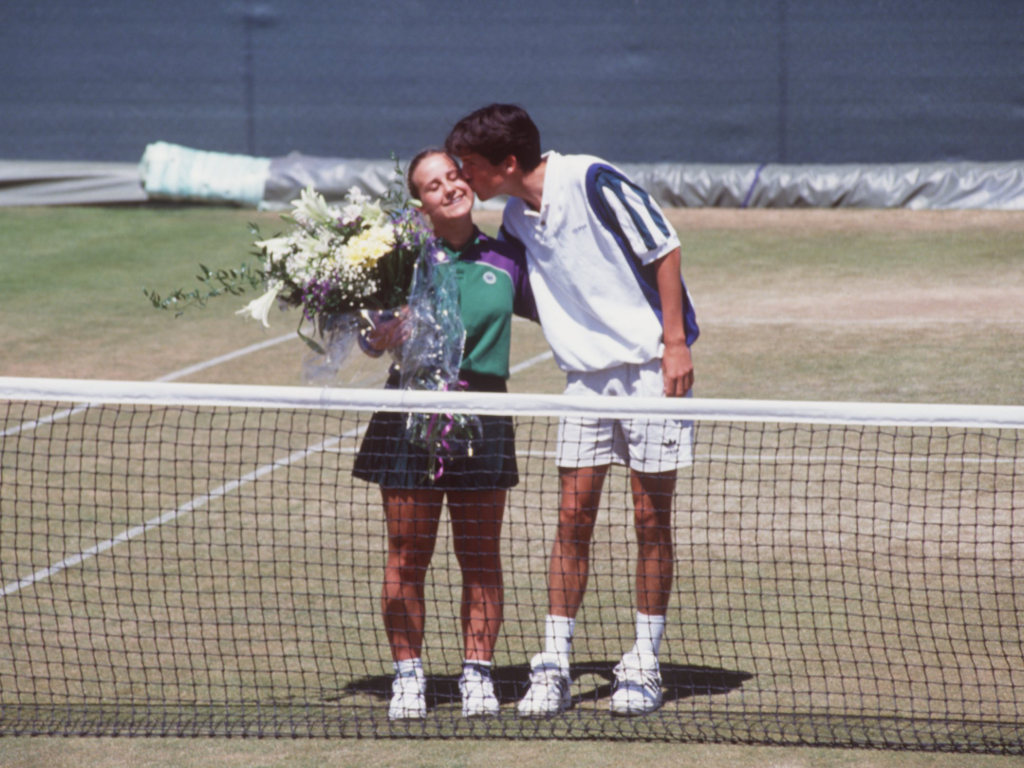 Jordan Mortimer-Jones looks at occasions where ball kids have been thrust into the spotlight.

As always, the French Open 2018 has seen multiple memorable moments, from Alexander Zverev taking a shine to the Yorkshire accent, to world No 72 Marco Cecchinato becoming the lowest-ranked player to reach the Roland Garros semi-final stage in 19 years.

But arguably the most viral moment came in the third-round match-up between Zverev and Damir Dzumhur, when a ball boy found himself involved in a collision with the latter.

Scary moment at the French Open! Bosnian tennis player Damir Dzumhur collided with a ball boy on the court.

BUT GOOD NEWS: the boy is okay! pic.twitter.com/MuwR3DgRMX

Although they remain nameless, often blending in to the surroundings of the court 99% of the time, there have been occasions where they are thrust into the spotlight, whether they choose to be or not…

Wimbledon 1995 – Henman gets disqualified
Possibly the most high-profile incident on this list, Tim Henman was disqualified from the Wimbledon men’s doubles competition in 1995.

Although 2-1 up in sets and into a tie-break in the fourth, Henman reacted angrily to losing a point and struck a ball that hit Caroline Hall in the face.

The shot clocked in at 92mph and the incident caused tournament referee Alan Mills to come on to court.

The match was called off with Henman and his partner Jeremy Bates disqualified, and Hall received a bouquet of flowers from Henman for her troubles, although he should really have known better. Come on, Tim…

Maria Sharapova vs Carla Suarez Navarro – Italian Open final 2015
Not much needs to be said about this entry, just some good ol’ fashioned person-falling-over humour. Enjoy…

Wimbledon 2009
During a second-round match, Tommy Haas was halfway through the first set when his opponent, Frenchman Michael Llodra, was forced to retire with an injury.

Not wanting to disappoint the spectators, Haas invited some of the ball boys and girls on court for a rally, with 15-year-old Chloe Chambers stealing the spotlight.

While Chloe had the experience of hitting with the then world No 24 – who went on to reach the semi-finals – fellow ball girl Erin Lorencin had a less enjoyable, yet no less memorable, one earlier in the match.

While doing her duties on-court, she was flattened by Llodra in front of 11,500 people on Court One. Luckily, she wasn’t seriously injured, although she might have a bruised ego. Ouch…

French Open 2011
As Andy Murray looped a high shot back into the court with a poised Viktor Troicki ready to smash home a winner at the net, one ball boy took the decision that the point was already over and dashed on court.

Although the ball was duly put away by Troicki, the interference caused the point to be replayed, much to the Serbian’s chagrin.

In the sixth game of the fifth set of a fourth round match at Roland Garros, the timing couldn’t have been much worse to make such a simple error of judgement.

The replayed point was won by Murray but – thankfully for the ball boy – the Serb still managed to break serve in the same game to take a 4-2 lead.

Not that it counted for much in the end; Murray battled back from 5-2 down to take the final set 7-5.

Federer vs Nadal – Australian Open semi-final 2012
When he was a nipper, Roger Federer used to be a ball boy himself. Which is why – it’s safe to assume – he likes to test the ball boys and girls by often hitting dead balls to them to see if they can catch rather than letting the ball be collected from the ground.

The most well-known example of a ball boy passing Roger’s test with flying colours came at the 2012 Australian Open in the semi-final versus Rafa Nadal.

Check it out for yourself…

Ball boy faints on hottest day in Wimbledon’s history, 2015
Amid searing temperatures at Wimbledon in 2015, spectators, players and ball boys all struggled to cope.

While precautions were taken – female tennis players were allowed a 10-minute cooling period after two sets, and ball boys and girls worked reduced shifts of 45 minutes – there were still issues.

The 35.7C temperature – a record at the All England Club – was too much for one unfortunate ball boy who had to be treated on court and was later sent to a local hospital as a precaution.

French Open 2014
Rain delays are quite probably the most tedious and annoying thing in tennis (apart from people who shout “come on, Tim” during Andy Murray matches for the 2,165th time).

That’s why when one of Novak Djokovic’s French Open matches was brought to a halt, he decided to spend the time making a new friend and invited one of the ball boys to sit with.

The Serb even offered his shocked and shy new acquaintance a beverage, much to the crowd’s amusement.

Federer vs Dimitrov 2015
Okay, I’m bending the rules a bit on this last one, but it’s my list so my rules.

During a 2015 exhibition match against Roger Federer, Grigor Dimitrov invited a young spectator to play a point in his place.

While Fed clearly wasn’t taking it entirely seriously, the little legend produced a magnificent lob onto the baseline which saw the crowd erupt. If you only watch one clip, make it this one…