Comment: Why it’s great that everyone in tennis is talking about towels 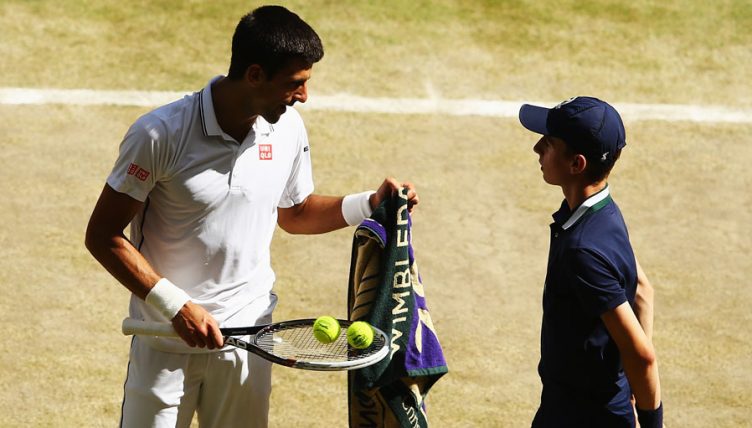 Discussions about towels are rarely coveted, in sport or normal everyday life, but Michael Graham believes it’s great that tennis is placing them so high on its agenda.

Often, perhaps too often in sports, you get the sense that governing bodies are changing stuff just for the sake of it.

In football, for example, new rules and innovations seem to come and go like buses. The ‘golden goal’ rule, the ABBA penalty shoot-out format, the six-second goalkeeper rule, and that’s before you get into the dozens of tweaks to expected interpretations of existing rules and the annual warping of the offside laws.

Tennis, by comparison to most sports, appears to value tradition more than most. Yes, this year we have seen the shot-clock introduced in some places and changes planned for deciding set tiebreaks at Wimbledon, but by-and-large if you hadn’t watched any tennis for a few years you’d have no real questions upon your return to it.

This week has seen another new innovation trialled for the first time – the towel rack – and it may just well be the tennis law-makers serving up a stroke of genius.

Not on the face of it, admittedly. On the face of it, we are talking about towels, and that’s never fun nor clever. However, the message it could send could be one of the most important tennis possibly can send.

“I think it’s the ball kid’s job to provide towels and balls for the players,” said Stefanos Tsitsipas at the NextGen finals, where the innovation is being debuted.

“I was struggling with it at the changeover,” Andrey Rublev agreed.

“I was walking almost to halfway when I realised that I forget the towel and I need to come back. Then once I forgot completely the towel, and they make me come back all the way to pick it up.”

And Frances Tiafoe isn’t a fan either: “I don’t like it especially when we’re going pretty quick.

“I walk pretty slow, so I knew I couldn’t quite get there. I had some time violations. I kind of need the ball boys to get the towel for me.”

Essentially, this is all Fernando Verdasco’s fault. At the Shenzen Open, he was caught on video berating ball boy for not getting him a towel quickly enough. It caused a storm, and quite rightly so.

Even worse for Verdasco, it wasn’t the first time either.

“Not cool,” said Chris Evert, while Judy Murray was at the forefront of those demanding changes, saying: “What about a rule that makes players get their own towels? And the ball kids just look after the tennis balls.”

“I don’t care how good a tennis player you are but this type of behaviour needs to STOP,” tweeted Anne Keothavong, Britain’s Fed Cup captain.

Verdasco is not the first player to be bad-tempered towards a ball kid over a towel, of course. Novak Djokovic had a similar incident at Wimbledon in 2015.

The big difference here, though, is that while Djokovic apologised immediately after the match, Verdasco has been unrepentant, suggesting it’s more of an attitude and perception problem now than the emotional outcry that was behind Djokovic’s outburst.

“I think with social media there are certain people who sometimes speak too much,” Verdasco explained. “I received many messages telling me to apologise – it looks like I did something really wrong to the guy.

“It was superhumid and the kid was obviously not understanding English when I was asking for a towel. When you finish the point at the net, what you cannot do is go running every point to get your towel.”

“Of course I understand, and I apologise to all the people who took it so wrong, but I just wanted to tell him to be ready to help me, be a little bit faster.”

The problem here, of course, is not a tennis one specifically, bit a social one. Ball kids are just that – kids. Yes, they are privileged kids in the sense that they are involved in great sporting events, but they are still just kids.

They are certainly not professionals who work for the players and are therefore their subordinates. They are, in most cases, the future stars of our game with a burning passion for the sport. Roger Federer and Djokovic were both ball kids and countless others.

“I was ball kid myself,” admitted Djokovic.

“I try to be grateful for what they’re doing, as well. I try always to chat with them before or after the match, you know, give them an item that they appreciate as a souvenir, a towel, a wristband or something like this. I know how much it means to them.”

“The ball kids are really important to us because they are also maybe the future of our game, like I was,” added Federer.

“You don’t want to have them leaving with feeling, oh my God, I was not appreciated or I was not liked or it was a horrible thing.”

But here is the real point to all of this: I actually agree with Tsitsipas, Rublev, and Tiafoe. It is better when the ball kids help the players with their towels.

This new innovation, and it’s important to remember that it is not a rule yet and may well never be, will hopefully scare some players into adjusting their perception of ball kids. Hopefully, the threat will be enough. ‘Respect they help you get or we’ll take it away’.

The irony, of course, being that those players making the message a necessity are the most immature involved.