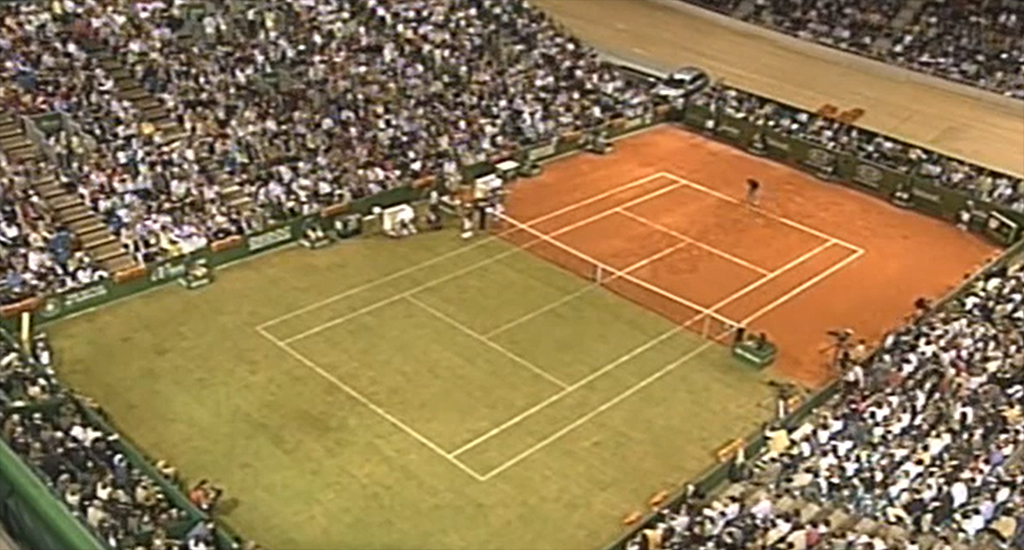 Who would come out on top if Rafael Nadal and Roger Federer played on a court that is half clay and half grass? It’s probably a debate you’ve had with your tennis friends, but what if we told you this has already happened?

As Federer and Nadal get ready to face each other in the Match In Africa Cape Town, it’s a good time to remember the craziest tennis exhibition match they, or anyone else, ever played.

The match between the King of Clay Nadal, well he was probably more like a prince back then, and grass-court giant Federer took place in Mallorca, Spain, in 2007.

At the time, Nadal was a two-time French Open champion and Federer had four Wimbledon titles to his name, while Federer had won 48 matches on grass and Nadal had 72 straight wins on the red dirt.

Organisers decided to splash $1.63m to construct the court and then the two tennis greats turned up on May 2 to play in the exhibition match.

“We are both looking forward to this absolutely new event,” Federer told the press before the match.

“The idea really appeals to me, as we both dominate one of the surfaces. Rafa holds the record of 72 victories in series on clay, and I have not been defeated on grass since 48 matches.

“It’ll be fun to find out what it’s like to play on a court with mixed surfaces! And it ought to be interesting to see who chooses the better tactic.

“People have been talking about this event for quite a while. Now it’s coming up pretty soon already, and I like the fact that the stadium — which is very nice, by the way — is located on Majorca, Rafa’s home.

“He has been to Basel, after all, and now I’ve got the opportunity to play at his place for once.”

Nadal won, because there was clay involved somewhere, and the home crowd probably made a difference too, It did go to a tiebreak, though, before the Spaniard closed out a 7-5, 4-6, 7-6 (12-10) win.

“It has been a nice experience,” Nadal said afterwards. “Although before the match I thought it would be a disaster because I felt it would be very difficult for me to adapt to the court. I have had a good time and that is important.”

Federer too relished the mental challenges the match posed, which probably goes a long way to explaining why they both went on to achieve what they have in the game.

“I found the court to be excellent, especially the clay part,” Federer explained. “The challenge was difficult, because you have many things in your head.

“You have problems to work out about how you are going to play on either side of the court.

“On the grass, I felt at the start that I was moving very well, although it took me a while longer to adapt to the clay.”

At the time, there was a suggestion that it may become a regular feature in the tennis calendar. Sadly, it never did

“Both of us would like to repeat this experience,” Nadal said afterwards, clutching a trophy that depicted the unique court. He hasn’t had the chance. Not yet, at least.

If you’d like to see the WHOLE match rather than the highlights in the video above, then allow us to oblige on that too…