Tennis365’s A to Z of tennis for November: A ‘rinsed’ Andy Murray, a lack of love for Novak Djokovic 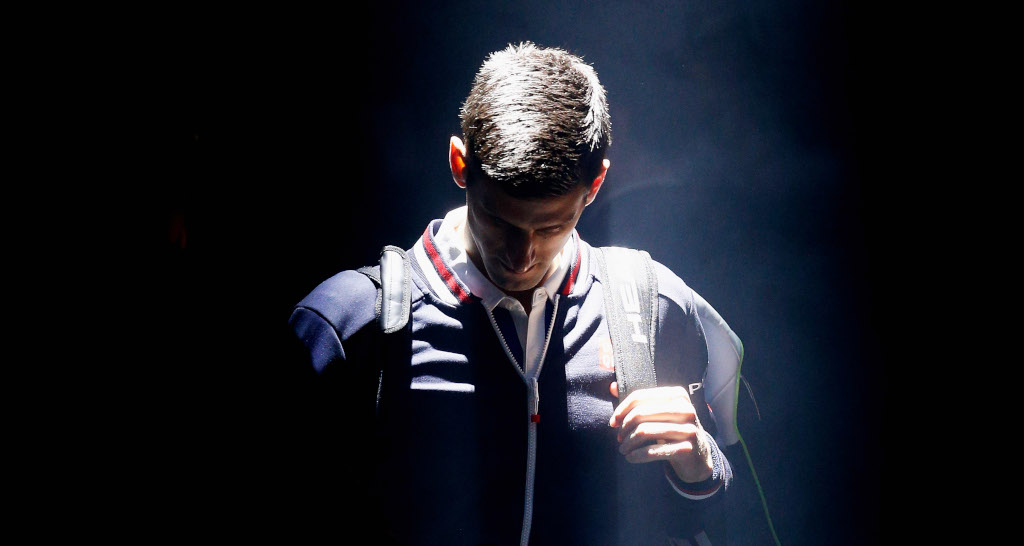 You may have missed some of important things that happened in the world of tennis during November, so here is your A to Z of tennis snapshot.

A is for Alexander Zverev: We start off with the man of the moment as Alexander Zverev stunned Novak Djokovic to win the biggest title of his career, the ATP Finals. And of course, world No 1 Djokovic only had positives things to say about the German after the final.

B is for betting specials: Our man Deggsy Bilton provided you with plenty of winners in 2018, and he is already looking ahead to the 2019 season with a series of “betting specials”.

C is for coachless Simona Halep: With Darren Cahill taking a coaching sabbatical in 2019, world No 1 Simona Halep has decided not to appoint a new coach for the start of the season.

D is for disastrous Davis Cup: The Davis Cup furore refuses to die down with Robin Haase predicting a bleak future for the revamped event. However, the Dutchman will still compete as it will earn him plenty of money.

Then there was Zverev who warned “a lot of top players will not play” in the finals.

E is for examination of Rafael Nadal’s 2018 season: Michael Graham examines whether Rafael Nadal shone for long enough to be deemed bright enough.

F is for favouritism: Frenchman Julien Benneteau caused a stir with suggestions Roger Federer received preferential treatment when it comes to scheduling, but Novak Djokovic, John Isner and Jim Courier came to the Swiss legend’s defence over the favouritism claims.

G is for gong: The Big Three of Roger Federer, Rafael Nadal and Novak Djokovic as well as Stefanos Tsitsipas and Alex De Minaur are some of the players to receive ATP gongs for their 2018 performances.

H is for how Ivan Lendl masterminded Alexander Zverev’s defeat over Djokovic: Zverev explained how Lendl helped him to overcome the world No 1 in London.

K is for Karen Khachanov: It was a big month for the future stars as Russian Karen Khachanov beat Novak Djokovic to win the Paris Masters, and Greg Rusedski believes he is the “real deal”. 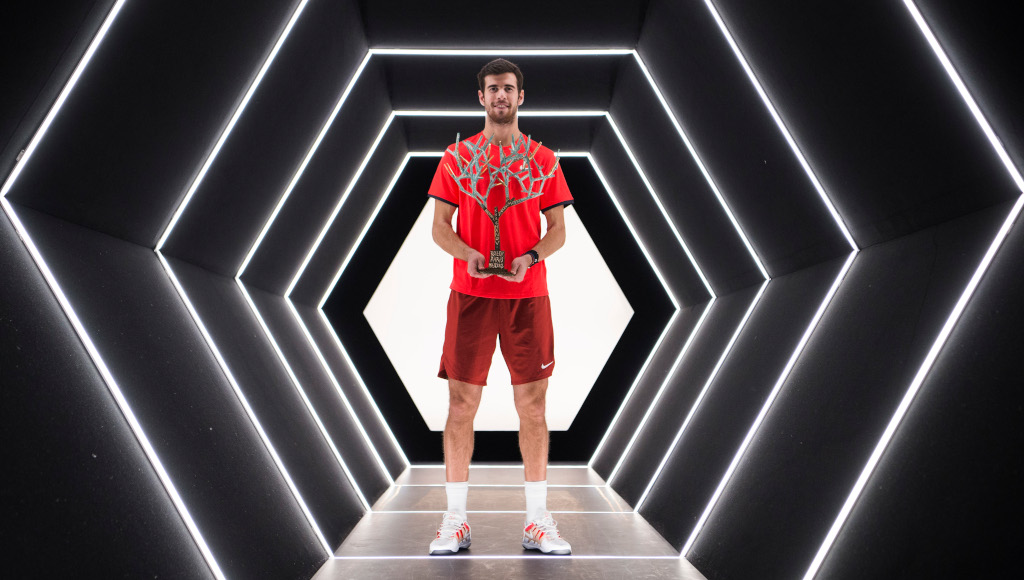 M is for mental health: Nick Kyrgios opened up about his struggles in 2018, revealing that he “wasn’t in the best mental health state”.

N is for Next Gen star: The future stars certainly made a lot of people eat their words this year (more on that below) as Stefanos Tsitsipas claimed the NextGen title.

O is for Olympics: Novak Djokovic is taking the fight to the ITF over rules that state players should play Davis Cup if they want to represent their country at the Olympics.

P is for a Poland great: Agnieszka Radwanska confirmed her retirement from tennis, and Sebastian Sternik took a retrospective look back on a career that deserved more.

Q is for quiz: We had quizzes about Karen Khachanov, Alexander Zverev and Ivan Lendl.

R is for report cards: We assess the 2018 season of Caroline Wozniacki, Kevin Anderson and Roger Federer…there is more to come though.

R is also for a ‘rinsed’ Andy Murray: Andy Murray is unlikely to play the Cincinnati Masters again following disparaging remarks by the tournament director.

T is for towel ‘thing’: The ATP trialled the new towel racks at the Next Gen Finals, but Tsitsipas wasn’t a fan, saying “one thing I didn’t like that much was the towel thing,” adding that it is the job of the ball kids “to provide towels and balls for the players”.
Michael Graham, meanwhile, believes it’s great that tennis is placing the issue so high on its agenda. 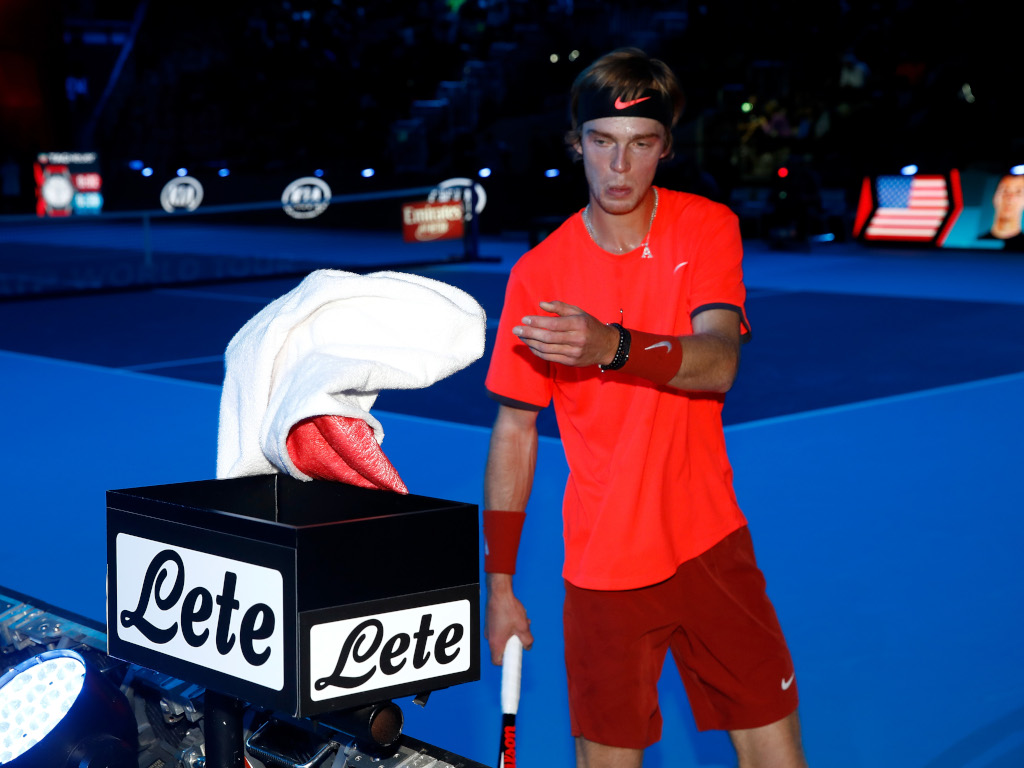 U is for unpopular Roger Federer opinion: On the back of Roger Federer’s loss against Kei Nishikori at the ATP Finals, Kevin Palmer wrote that “Federer’s lack of excuses suggest he is closer to the end than we feared”.
It proved to be a very unpopular piece on Twitter after Mark Petchy decided to respond.

We have been here before with @RogerFederer, but @RealKevinPalmer says this time it feels different https://t.co/3bth52FEin

V is for video of Andy Murray doing a “carpool karaoke”: Watch/listen to Andy Murray singing Tom Petty and the Heartbreakers’ “I Won’t Back Down”.

W is for Wimbledon goal: World No 1 Halep has set her sights on Wimbledon, saying it is her goal for 2019.

Y is for year-end No 1: Djokovic was confirmed as the year-end No 1 after Nadal withdrew from the ATP Finals. We looked at some quirky and not so quirky things that happened on the ATP Tour since Djokovic last finished the year as No 1.