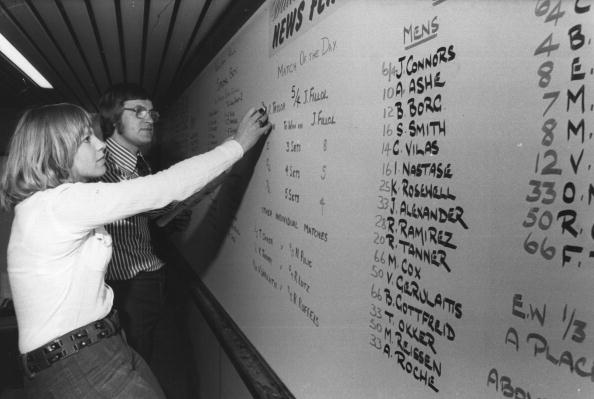 Before the days of in-play, tennis betting was far from the adrenaline-rushing experience that it is today.

With a handful of players winning Grand Slams over the past decade, there has rarely been an opportunity to stick it to the traders and bag a nice profit.

However, with the introduction of in-play betting, the sport has quickly become one of the most popular ones among punters as people now have the opportunity to bet on the next point, next game, next set, number of faults, total games…the list is endless.

This type of betting is not only enjoyable, but it can also be highly profitable; that is if you play your cards right.

While traders are all incredibly intelligent, even they can sometimes slip up and offer good odds on highly likely outcomes and, with hundreds of markets available, customers will often come across an opportunity to make some money.

Plus, if you have a good tennis brain, your chances of making a steady profit dramatically increase.

So…what can you bet on?

When you see Ivo Karlovic on court, it is all but certain that aces are going to come thick and fast in that particular game so there is an opportunity to earn some money on the number of aces the man from Croatia will hit.

On the other hand, if you saw Jelena Ostapenko enter the stage, you will be well aware that the young 2017 French Open winner is prone to errors with her heavy metal style of tennis, and faults could mount up over the space of two or three sets.

For example, you could place money on Djokovic winning his first-round match at the Australia Open in under 3.5 sets. But, if his opponent somehow manages to get on the board, you will lose out.

Betting on games can also be profitable however, those can be more unpredictable. A player might seem in control at one point, but the slightest shift in momentum could topple your under 21.5 games down the pipe.

You could even go as far as betting on the next point although those types of bets will steer you even further down the road of unpredictability.

Whichever way you look at it, tennis betting is the way to go if you are a keen in-play punter. What’s more, with games taking place pretty much every day, you’re never more than two clicks away from a tidy profit.

However, always remember to gamble responsibly and never chase your losses.