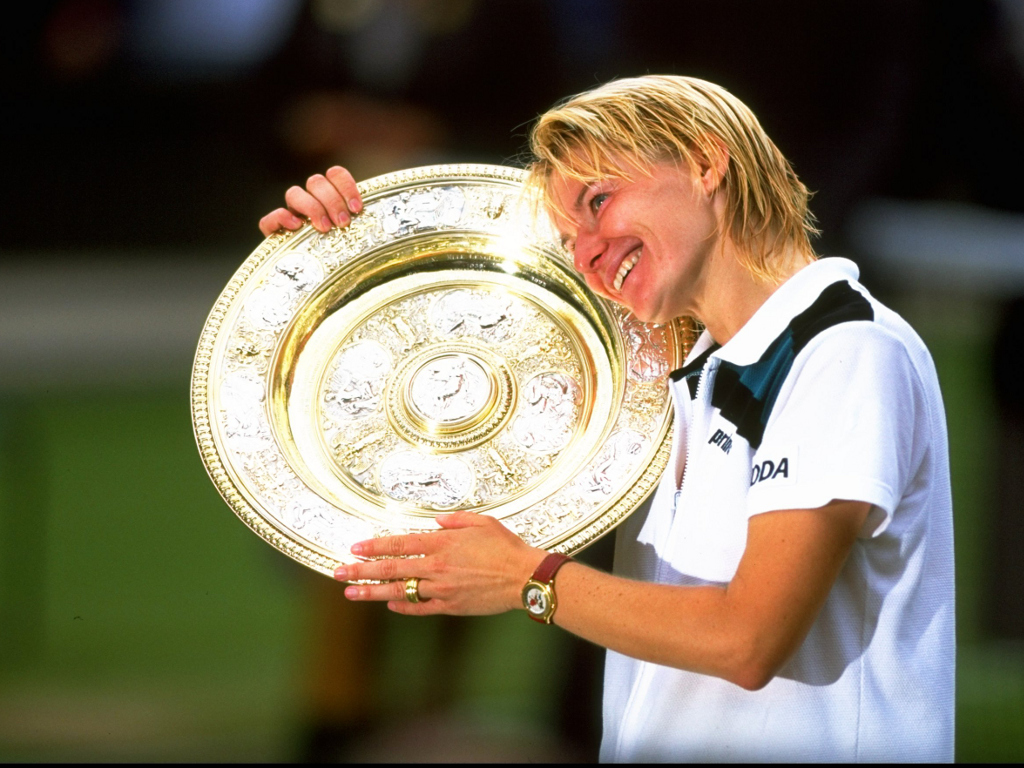 Some players charm fans with their dazzling displays, some win over fans by producing great comebacks while others capture the hearts of fans by simply showing emotion. Jana Novotna definitely fell into the latter category.

Make no mistake, Novotna was always a player to be reckoned with as she won her first WTA title at the age of 20 and appeared in her first Grand Slam final, the 1991 Australian Open final, at 23.

However, the enduring moment of her career was the 1993 Wimbledon final.

It’s not every day that a player who finishes runner-up in a Grand Slam final, having thrown away a 4-1 lead in the deciding set, comes back and captures the heart of fans.

But that is exactly what she did in the 1993 final at SW19 against Steffi Graf as her enduring moment came when she burst into tears while receiving her trophy and had to be consoled by the Duchess of Kent.

Four years later and she again reached the Wimbledon final and again she finished runner-up after losing in three sets, this time against a 16-year-old Martina Hingis.

Her moment of glory finally came in 1998 at The All England Club when she beat the likes of Venus Williams and Hingis to make the final for a third time.

This time there was no choking as she saw off Frenchwoman Nathalie Tauziat in straight sets to became the oldest first-time Grand Slam singles winner in the Open Era at 29 years and 275 days.

That record has since been beaten by Italians Francesca Schiavone (29 years, 346 days at 2010 French Open) and Flavia Pennetta (33 years, 199 days at 2015 US Open) and while she was never the most elegant player on the WTA Tour, Novotna left her mark by showing raw emotion on the biggest occasion.

That was the moment she won over many sports fans.

Rest in peace Jana Novotna, you left us with plenty of wonderful memories.