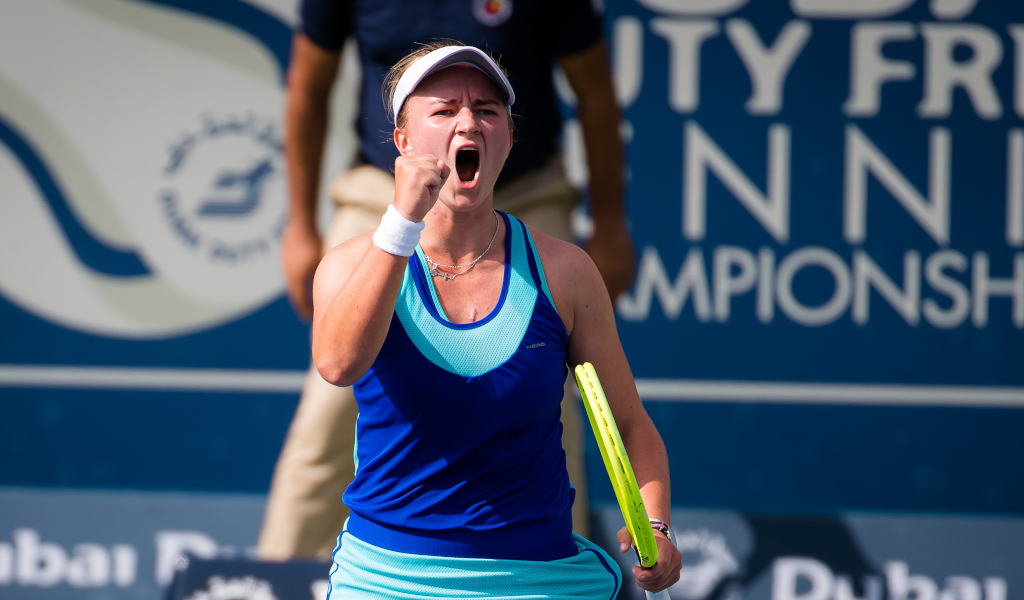 Very few would have ever doubted Barbora Krejcikova’s talent, with the Czech achieving a stellar career in doubles.

In 2018, she and doubles partner Katerina Siniakova won both the French Open and Wimbledon on their way to the world No 1 ranking, whilst they were also Australian Open finalists this year.

Krejcikova has also won three straight mixed doubles titles in Melbourne, winning this year and in 2019 with Rajeev Ram and in 2020 with Nikola Mektic.

However, it is only recently that the Czech has started to show her potential on the singles tour.

Krejcikova was mentored by the late Jana Novotna, a former Wimbledon champion in singles and Career Grand Slam holder in doubles, from her late teens as she approached the Czech great at her home in Brno – where both lived.

Despite Novotna’s mentorship it was slow progress early on for Krejcikova, who failed to make inroads on the WTA Tour and who lost in qualifying at Grand Slams in her first 11 attempts.

A significant breakthrough came at the 2018 French Open where she qualified for the main draw in singles at a major for the first time – at the same event she won the doubles title – though she would not make the main draw at a Slam again until 2020.

By that point Novotna had died of cancer aged just 49, though before her death had told Krejcikova that she would be a late bloomer who would grow into singles as her career progressed.

That has proven to be true in recent months, with the Czech now sitting at a career high of No 38 in the WTA Rankings after a stellar few months.

Krejcikova reached the second round at the Australian Open in 2020 and 2021, and reached the fourth round of the French Open last October in what is currently her best run in the singles event of a Grand Slam.

Perhaps most notably, she came through an open top half of the draw to reach the final of the WTA 1000 event in Dubai – just her second singles final – where she provided a real test to two-time major winner Garbine Muguruza before losing in two tight sets.

Dubai may have ended in disappointment but it was undoubtedly a hugely significant week for her, and it seems likely that she will continue to soar up the rankings in 2021.

She has very few points to defend for the rest of the year and her improved ranking means she will receive much better draws at Tour events – and she could even be seeded at the remaining Grand Slams this season if she continues to rise over the next few weeks.

It is hard to guess exactly what she is capable of achieving, especially considering there is an array of talent on the WTA Tour at the moment, but at the age of 25 there could still be a decade for her to make her mark.

If her recent form is anything to go by, we could be seeing a lot more of her in 2021 and beyond.