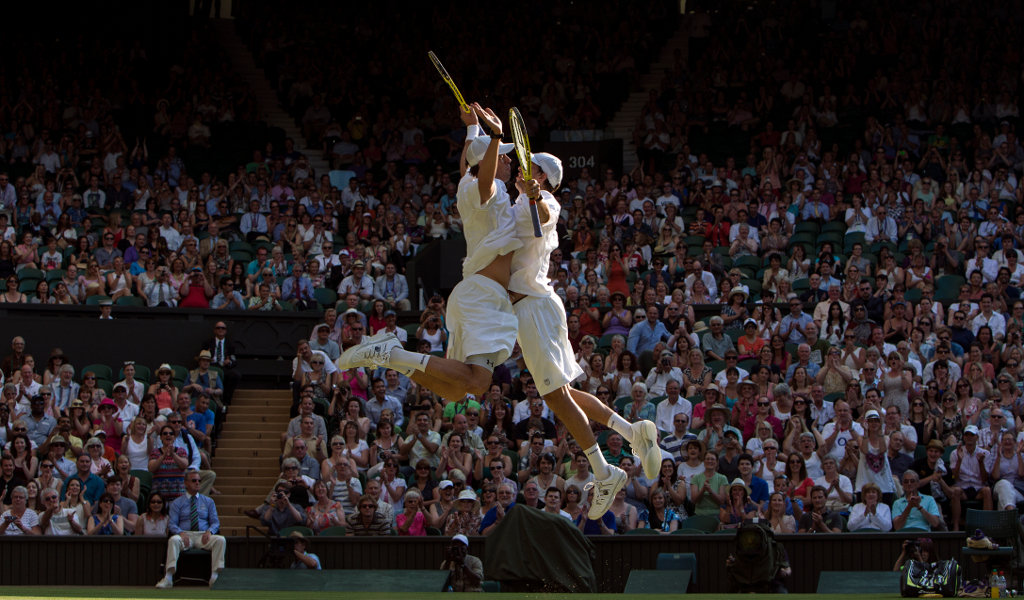 Andy Murray and brother Jamie will team up at the Citi Open this week, but where do they rank in our top 10 when it comes to siblings playing doubles?

The Murrays will play competitive doubles for the first time since the 2016 Davis Cup, but the world of tennis has had plenty of sibling partnerships over the years.

Bob and Mike Bryan are, of course, one of the most formidable doubles pairings and there is also Venus and Serena Williams.

Without further ado, here’s the top 10.

10. John and Patrick McEnroe
This was one that had plenty of potential, but didn’t quite hit the heights you’d expect.

John McEnroe is an all-time great with seven Grand Slam singles titles, nine doubles titles and one mixed doubles title. Patrick’s sole Grand Slam success was the 1989 French Open doubles, but sadly it was not a family affair as the younger McEnroe teamed up with fellow American Jim Grabb. 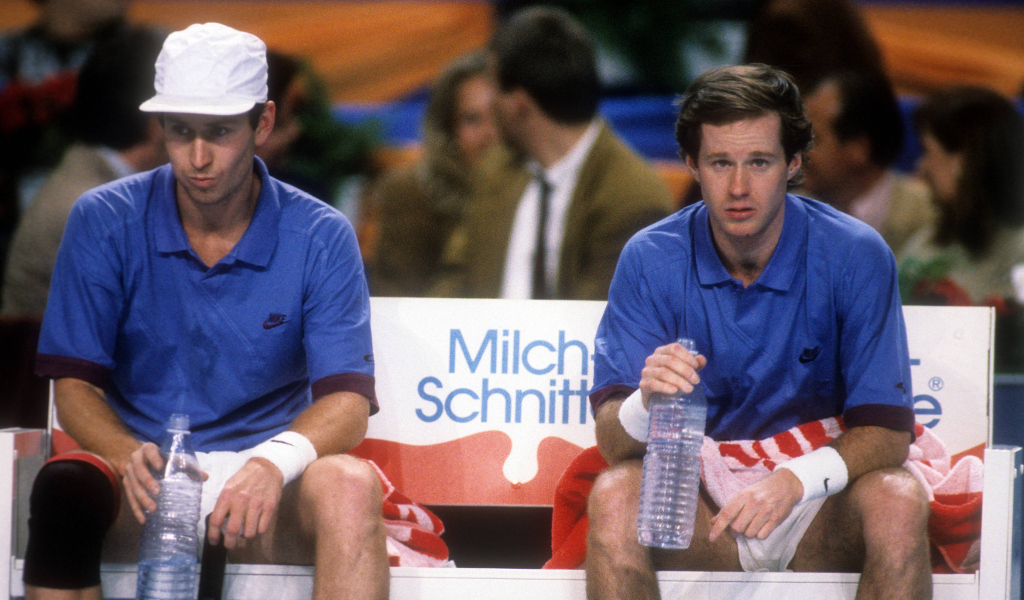 That’s not to say they didn’t have success as a pair as they won the Richmond WCT in 1984 and the Paris Indoors in 1992 with the latter being the last time they played together during their professional careers.

9. Andy and Jamie Murray
We all know Andy Murray is one of the best players on the ATP, when fit of course, while his brother Jamie is brilliant on the doubles scene, unfortunately they rarely team up.

Andy has three Grand Slam singles titles while Jamie has won two doubles titles (with Bruno Soares) and four mixed doubles titles (two with Martina Hingis, one with Jelena Jankovic and one with Bethanie Mattek-Sands).

The Murray brothers, though, have won two trophies as a pair with the Valencia Open back in 2010 their first and the Japan Open in 2011 their last.

They also teamed up during Great Britain’s successful 2015 Davis Cup run with their performance in the final against Belgium key to GB’s first title in 79 years.

There is hope that we will see them play at SW19 together one day with Judy Murray telling BBC Radio 5 live’s Sportsweek: “I’m pretty sure you’ll see them playing doubles at Wimbledon together before they end their careers.”

8. Arantxa Sánchez Vicario/Emilio/Javier Sanchez
Arantxa was no doubt the star of the family as she is four-time Grand Slam winner, with three of those coming at the French Open, while she also won six women’s doubles titles.

However, the Spanish siblings didn’t win a Grand Slam as a pair, although Arantxa and Emilio do have a runners-up title as they lost the 1991 US Open final against unheralded Dutch duo Manon Bollegraf and Tom Nijssen.

Emilio and Javier were both successful doubles players with the former winning 50 titles and the latter 27, however they only won three ATP doubles trophies together.

Neither brother won a singles title, but Luke was the more successful of the brothers as he won another six doubles titles and also finished runner-up in the mixed doubles at the 1996 Australian and French Opens.

“Last year we play not very good doubles because sometimes we fight on the court,” Alona said after they clinched their first doubles title in their 38th tournament.

“But now we start to listen each other and understand, and maybe that’s the key.”

The Ukrainian pair also won the Open Gaz de France a few weeks later, but their final title as a pair came at the ECM Prague Open in 2009.

Their older sister Valeria was also a professional tennis player, but she didn’t win any WTA singles or doubles titles.

5. Tracy and John Austin
We all know the story of Tracy as she was the youngest ever US Open champion at aged 16 years and nine months when she won the title in 1979. She also won the 1981 edition, but sandwiched in between was a mixed doubles title with her brother at Wimbledon.

The pair became the first brother and sister team to win a Grand Slam when they tasted success at SW19 in 1980, beating Australians Dianne Fromholtz and Mark Edmondson. They lost the opening set and were down 4-1 in the second before bouncing back to win.

“Winning at Wimbledon is the dream of every tennis player, and to do it with your sister is even better,” John told Silive.com in 2014. “It’s the cherry on top.”

Their brother Jeff was also a professional player, but he won only one singles and one doubles title and John was not his partner for the latter.

4. Byron/Wayne/Cara Black
Wayne and Cara won two Grand Slam mixed doubles titles together as they were successful at the 2002 French Open and Wimbledon in 2004. They also finished runner up at the 2004 French Open.

3. Helena Sukova and Cyril Suk
Helena Sukuva never managed to get her hands on a Grand Slam singles title despite appearing in four finals, but she won nine women’s doubles titles and five mixed doubles titles with three of the latter coming with her brother Cyril Suk.

Their first Grand Slam title came at the 1991 French Open when they beat Caroline Vis and Paul Haarhuis from the Netherlands and they added back-to-back Wimbledon titles in 1996 and 1997.

Suk himself also won a men’s doubles major and an additional mixed doubles titles with Larisa Neiland at Wimbledon in 1992.

2. Venus and Serena Williams
The Williams sisters’ doubles record is on another level.

In total they have appeared in 22 doubles finals and lost one once, at the Southern California Open in 1999. 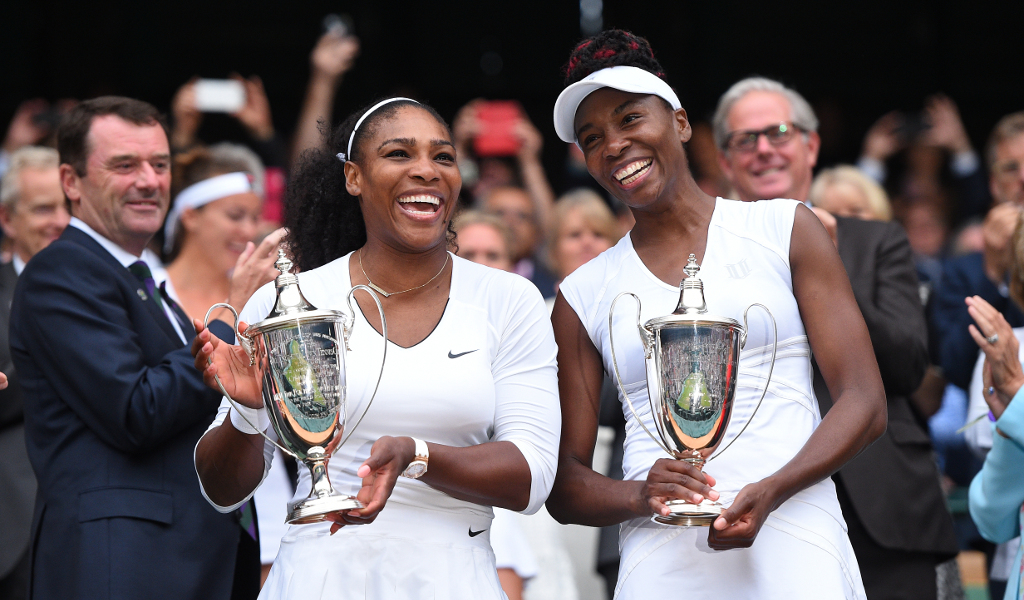 And then there are the 30 Grand Slam singles titles they have won between them. It is fair to say that they would have won a lot more doubles titles together if they were not so successful as singles players and would perhaps have pushed the Bryan brothers off our top spot.

1. Bob and Mike Bryan
They are the most successful pairing of all time as they have won 114 doubles tournament, including 16 Grand Slams, they’ve won more than 1,000 matches and have spent 400+ weeks at the top of the rankings.

Having made their Grand Slam debut in 1995, they had to wait until 2003 to win their first major as they won the French Open final.

They were dominant from 2005 until 2014, winning at least one Grand Slam trophy every year to take their tally to 16 majors with their collection made up of six Australian Open, two French Open, three Wimbledon and five US Open titles.

However, their last Grand Slam title came at the 2014 US Open, although they have appeared in several finals after that.

Outside of the majors, they have won four Year-End Championships, 36 Masters 1,000 titles, one Olympic gold medal from the 2012 London Games and one Davis Cup title.