Simona Halep made history for the wrong reason at the US Open on Monday as she became the first woman’s top seed to lose in the opening round in Open Era.

The world No 1 suffered a 6-2, 6-4 defeat at the hands of world No 44 Kaia Kanepi on the opening day at Flushing Meadows.

Although Halep is the first woman to suffer this fate at the US Open, she is by no means the only top seed to have lost in the first round of a Grand Slam as she joined some big names.

John Newcombe – 1971 US Open
Australian John Newcombe won his second consecutive Wimbledon title in 1971 and he was expected to be the main threat at the US Open, especially after defending champion Ken Rosewell pulled out.

The Czech made light work of Newcombe, winning 6-0, 7-6, 6-3, and hemade it all the way to the final where he lost against American Stan Smith. 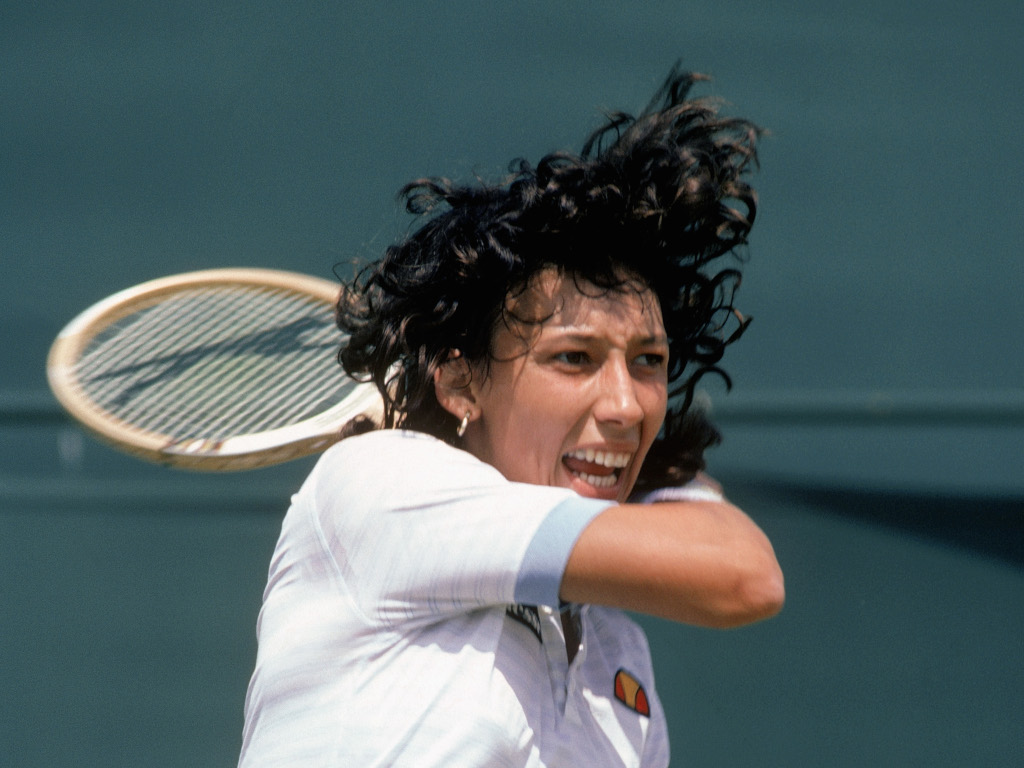 Another Romanian in Virginia Ruzici became the first top seed to be fall at the first hurdle of a Grand Slam when she was dumped out of the Australian Open in 1979 by Mary Sawyer.

Ruzici, who incidentally is now Halep’s manager, was the No 1 seed on the back of winning the French Open the year before, but she went down 6-0, 2-6, 4-6 against Australian Sawyer, who reached the semi-final .

Stefan Edberg – 1990 French Open and 1990 US Open
The Swede won Wimbledon in 1990 and finished runner-up at the Australian Open in January that year after being forced to retire in the final against Ivan Lendl.

But he didn’t last too long in his two other Grand Slams in 1990 as he exited in the first round at Roland Garros and Flushing Meadows.

A few months later in New York Edberg would suffer the same fate as world No 52 Alexander Volkov from the Soviet Union claimed a stunning 6-3, 7-6 (7-3), 6-2 victory.

“This is something you need to sit and think about,” Edberg said. “At the moment, I can’t tell you too many reasons because I don’t know myself. You just think it over and try to figure it out so it doesn’t happen again.”

Volkov was surprised that he managed to win so easily.

“I don’t know when I’m going to play well,” he said. “I know I have a chance, because it’s tennis. But I did not expect a win this easy.”

Tennis great Steffi Graf won seven Wimbledon titles from 1988 to 1996. The only two times she didn’t win were in 1990 and 1994. In 1990 she made it to the semi-final, but four years later she was dumped out in the first round by Lori McNeil.

American McNeil won 7-5, 7-6 in what the New York Times described as an “upset for the ages” with Graf “playing too tamely and lamely” as she became was the first defending Wimbledon champion to lose in the opening round.

Hingis’ defeat against the Australian qualifier, who was ranked No 129 in the world, came hot on the heels of her meltdown in the French Open final when she lost her temper during her defeat to Graf.

“I think I need to take some time off. Take a break and recover again,” the Swiss player said after the loss.

“I think it has been a great life so far. I mean, I really like it, and I just probably… I need a break. It would really suit me right now.”

A few years later and Hingis would suffer the same fate as she beaten 6-4, 6-2 by Virginia Ruano Pascual.

The Guardian’s headline “Fragile Hingis self destructs” summed it up.

“It was not so much defeat as self-destruction, with the world No1 committing one howler after another. Afterwards she blamed the defeat on tendinitis in her lower back, but the evidence is growing that Hingis is increasingly struggling to motivate herself,” the report read.

Lleyton Hewitt went into the tournament as the defending champion and the top seed and was handed an opening fixture against the 6ft 10in Ivo Karlovic.

Hewitt became the first defending Wimbledon men’s champion in the Open Era to lose in the first round.

The Telegraph went with the headline “Hewitt hammered by a giant”.

Angelique Kerber was the best player in the world in 2016 as she won the Australian Open and the US Open, and reached the final of Wimbledon.

She didn’t get off to the best of starts in 2017 as she exited in the fourth round in Melbourne, but she was still the top-ranked player heading into the French Open.

And it all unravelled in the first round as Ekaterina Makarova stunned the world number one 6-2, 6-2 in one hour and 22 minutes.

The German received the unwanted record of being the first top seed to lose in the opening round at Roland Garros.