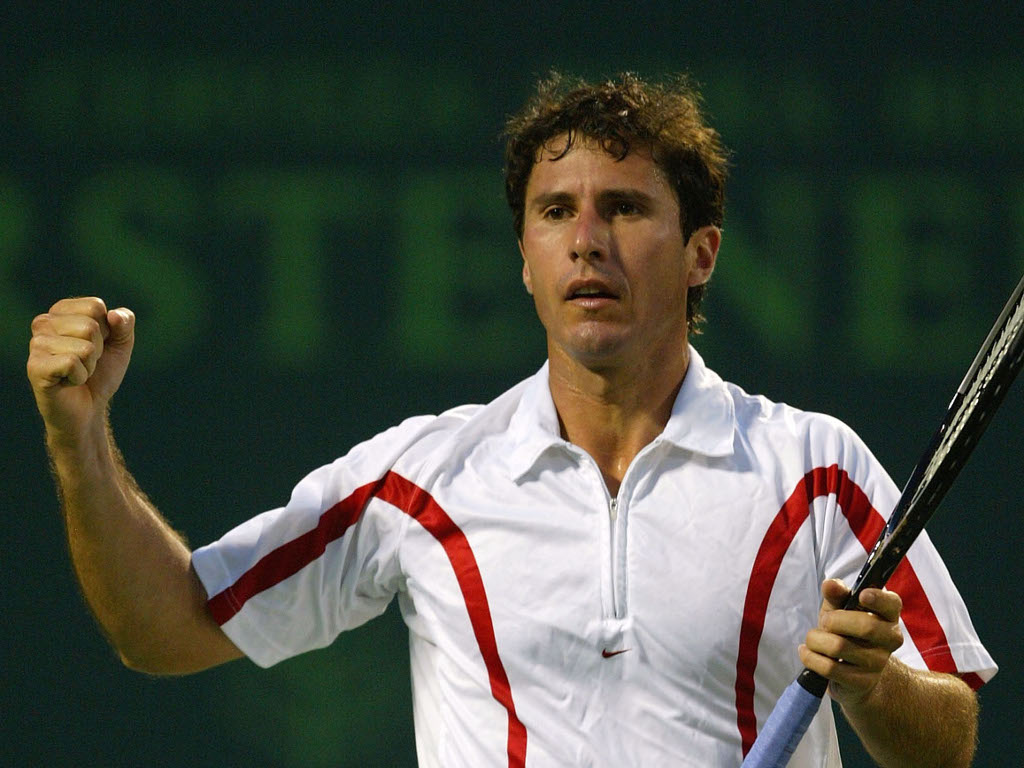 “I guess this shows you can teach an old dog new tricks,” Vince Spadea said after he won his first ATP Tour title at the 223rd time of asking.

Having made his professional debut in 1993, it would take him 11 years to finally win his one and only title and if ever the word journeyman defined a tennis player, it would have been Spadea.

“I thought just being on the tour was fun,” added after his success at the Franklin Templeton Classic in Scottsdale on March 7, 2004.

His 223 tournaments to win a maiden ATP Tour singles titles remains a benchmark, yet that is not the only unwanted record he owns as he once went 21 matches without winning with the run stretching from October 1999 to June 2000. 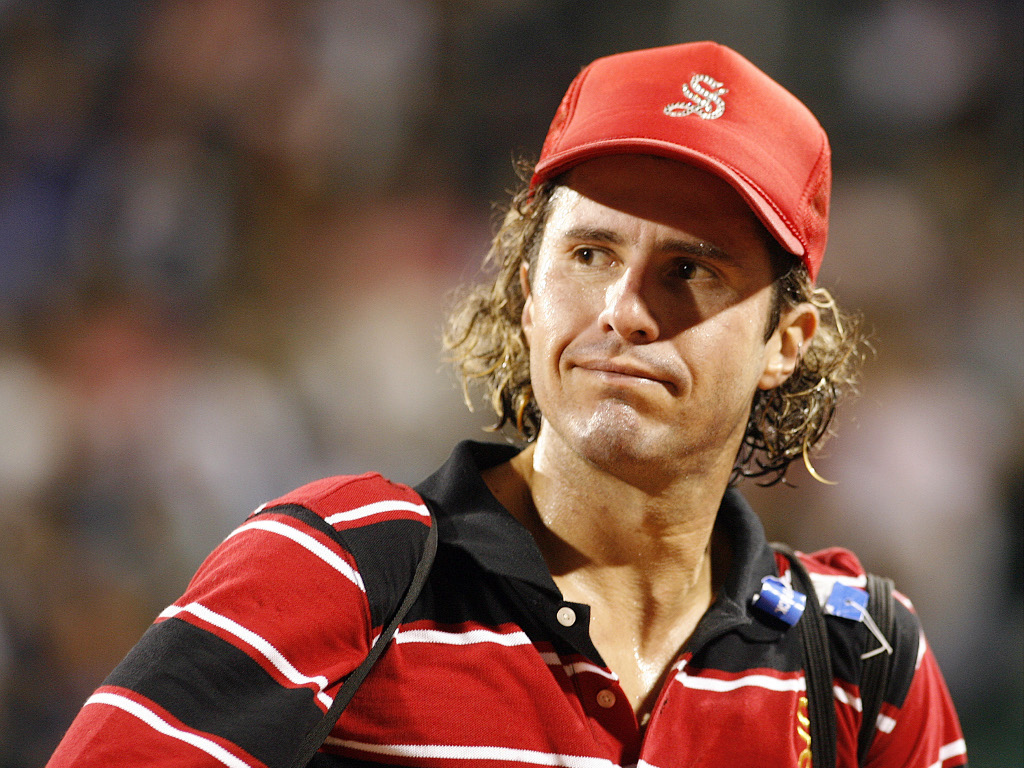 A former top 20 player, Spadea dropped outside the world 200 on the back of that run but remarkably he managed to turn things around as he snapped the losing streak with a first-round win over Greg Rusedski at Wimbledon in 2000.

The Daily Mail went big with their headline “Rusedski falls to world’s biggest loser” after the match, but Spadea was just glad he was turning the tide.

“It was worth the wait, huh? It’s been a rough year, a rough patch in my tennis life. If I had lost this match, that would have been the lowest point,” he said.

Turning to sports psychologist and improving his diet were two of the things he listed as reasons for the change in fortune.

Inspired by the changes, Spadea eventually returned to his best form and reached a career high of 18 in 2005, but besides his tennis and unwanted records, the American also became well-known for music with his catchphrase being “Spadea, ain’t afraid of ya!”

Here he is showing off his other talent.

Also in 2005, Spadea released a book Break Point: An Insider’s Look at the Pro Tennis Circuit, which was co-written by with Dan Markowitz.

He reveals quite a bit about his fellow pros. For instance he wrote the following about Tim Henman: “Tim likes to dish it out the barbs, but he doesn’t like to receive them.”

It didn’t go down well with everyone with former top five player James Blake saying: “He talks a little bit about what goes on in the locker room, which I think some of the players might take issue with.”

Back on the court he started to decline after 2005 and eventually slipped down the rankings before retiring in 2011.

However, if you think that was that for Spadea in terms of making headlines, then you are wrong.

He runs a company called Vince Models and through the agency he landed a pretty big gig in Battle Of The Sexes.

He was not only hired “to make Emma Stone a believable Billie Jean King”, he was also the stunt double for Steve Carell, who portrays Bobby Riggs. 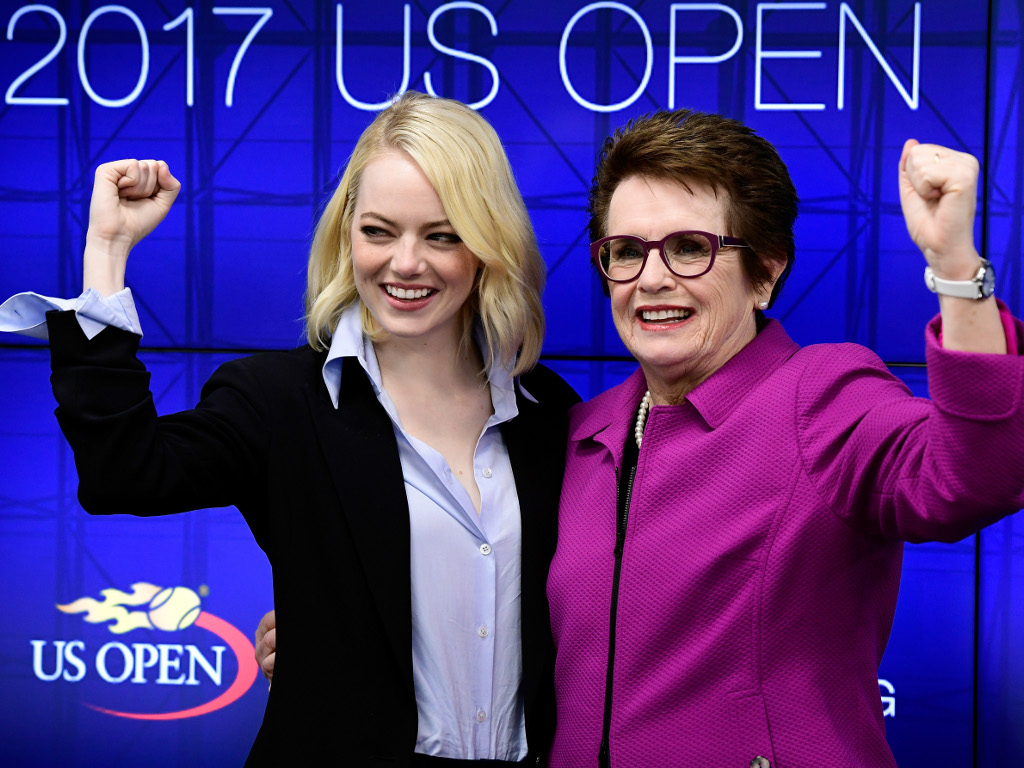 “All the points you see from a distance, that’s me. The closeups are Steve Carell, of course,” he told CultureMap.com.

Spadea, though, is clearly a man of many talents as he has also tried his hand at coaching and uploaded a few videos on his YouTube channel and launched Vince Spadea Tennis, which gives you “exclusive access to all my private tennis tips, videos, technique advice, strategy, point construction”.

Who knows, we might see him in coaching box of a future tennis star, or another movie or even a rap video. With Spadea you never know.