What can players expect in the new normal tennis era? Emily Webley-Smith explains after her Palermo trip 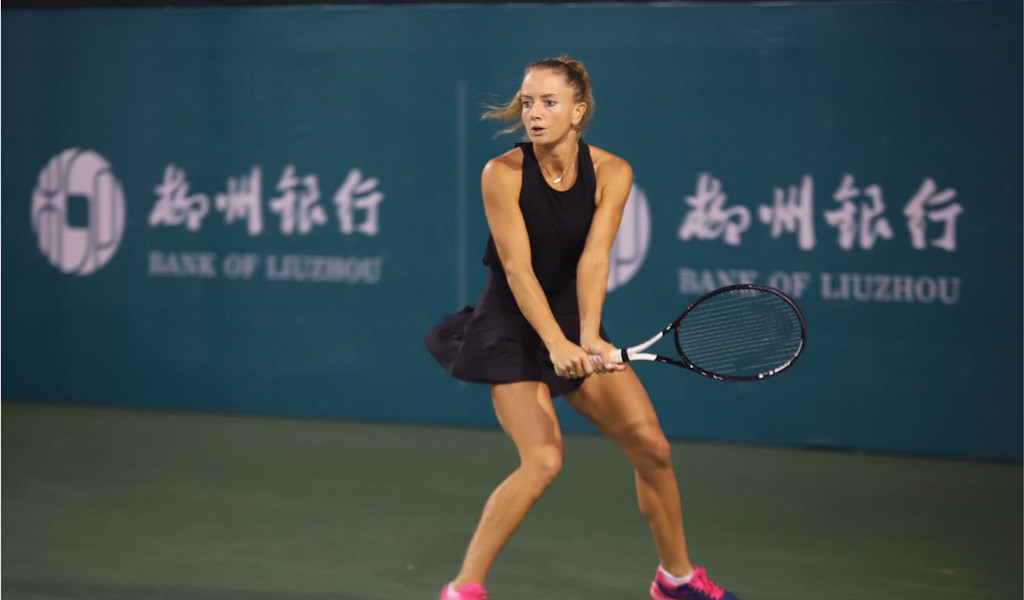 Some of the world’s biggest tennis stars are hesitant about returning to competitive sport, but for Emily Webley-Smith being able to play in the Ladies’ Palermo Open was great feeling even if she was a little anxious ahead of the tournament.

Following the four-month enforced break due to Covid-19, the WTA Tour resumed this week on the clay in Sicily with various new health and safety protocols in place to minimise the risk of spreading the coronavirus.

Initially there were doubts over whether the tournament would actually go ahead as top-ranked players like Simona Halep, Johanna Konta and Jelena Ostapenko withdrew from the singles.

However, the tireless work from organisers behind the scenes was rewarded as play got underway as planned on Monday.

Gratitudine 🙏🏽 Grazie mille a @palermoladiesopen e Oliviero e @wta for working so hard to make us a tournament in such tough times. I’m so happy to be here 🖤 #bellasicilia #vivaitalia🇮🇹 #forza #getoutofthecomfortzone #onegoal

Doubles specialist Webley-Smith from Great Britain was one of those players who got a taste of the new normal at the Country Time Club in the south of Italy and she was happy to be back on court.

“For me it is great to be competing again. If that has to be under these conditions, then I would rather compete than not play at all,” she told Tennis365. “It’s certainly very different, but it was honestly a very good feeling to back out there on the match court.”

She added: “The rules are strict, they are strongly recommended, but they are down to interpretation and with tennis being as global as it is, you are relying on the players, their family background, education and financial status as well as their experience of Covid-19, depending on what country they have come from.

“There is going to be a lot of independent variables that you can’t control. I do think from here on, tournaments will learn that one player’s interpretation is quite different to another person’s.

“Although Sicily has not had a case for six weeks coming into the event, I think it is really important that players have a moral obligation to the places that they are playing in, to respect the people of that place as well as the players around them. All the players need to put in a bigger effort to make that happen.”

Old habits die hard as a few players discovered on the opening few days in Palermo with some forgetting about the new regulations and throwing some mementos to fans.

WATCH: WTA stars say ‘hold my beer’ after being told not to hand souvenirs to fans under Covid-19 rules https://t.co/Vp2LpB3AIM

“The most bizarre thing for the actual match is standing really far from the umpire at the coin toss, obviously there are fewer people watching, but also the no handshake with the umpire at the end [is weird] as it is just so automatic,” she said. “Also putting a mask on the minute you finish the match when it is super hot is uncomfortable, but possible.

“Other than that, it’s just our preparation when we come to tournaments are quite different, we can’t go and practise straightaway because we need to be tested.”

Most of the big names on the WTA Tour will only return next week at either the Prague Open or the Top Seed Open in the US before they move to New York for the Flushing Meadows double header, the Western & Southern Open and US Open.

Webley-Smith, who together with Vivian Heisen from Germany lost the opening doubles match against Belgian pair Greet Minnen and Alison van Uytvanck, says it takes time to adapt.

“None of us realised until you get on site how difficult the task is and people are working overtime to try and make it the safest environment possible for us,” she said.

“It takes far more preparation than we realised and we have to be grateful that they are attempting to put these tournaments on for us to play.

“No one is obligated to play, it’s up to you whether you go or not, are you happy to play under those conditions.

“I do think it is very difficult for the tournaments. As time goes by, they will learn from each event and get better and better.”

Stay tuned to Tennis365.com for part two of our interview with Emily Webley-Smith as she talks about the financial help she received from the WTA and ITF, what the future holds for the remainder of 2020 calendar and her hopes for the future.