Wimbledon 2019: The Andy Murray odyssey and what it means for his chances of making the tournament

With Wimbledon approaching, we look at Andy Murray’s agonising journey over the last two years, and what it means for his chances of making an appearance at his beloved spiritual home this year.

Thinking back to the Australian Open, it seemed clear that Wimbledon 2019 would be Andy Murray’s grand farewell to top level tennis.

It looked like the final chapter in Murray’s two-year odyssey against injury, but the course has now been altered. So, let’s take a look at the Scot’s journey and examine his chances of making an appearance at Wimbledon this summer.

The former British and world number one made a tearful admission on the eve of the Melbourne showpiece that his attempted near-two-year recovery from his stubborn hip injury had failed, he was still in too much pain to enjoy life, never mind tennis and, unless something drastic happened, he would retire after one final appearance at Wimbledon.

ATP stars gathered to pay tribute to Murray, and the obituaries on his career and celebrations of his legacy began in earnest. It was a dark time for tennis, never mind British tennis.

And then, of course, something drastic did happen. It all started with a hug from his mum, Judy, in Melbourne. Never underestimate the power of a hug from your mum.

“Best way to feel better after a tough day is a big cuddle from your mum,” Murray wrote on Instagram after his announcement, alongside a photo of Judy.

“Genuinely been very touched by all of the messages and support from everybody today… It means a lot and has made me feel much more positive than when I woke this morning.”

As powerful as that hug must have been, though, the real magic was done by the doctors. Hip resurfacing surgery, which had worked well for 40-year-old doubles star Bob Bryan, was offered to Murray and he took the chance on it.

Tennis, it has to be stressed, was the bonus, not the purpose at that stage. The former champion athlete had been reduced to struggling to even get his shoes and socks on without pain, and so quality of life was at the forefront of his thoughts.

In fairness to Murray, he was always very clear. If he wasn’t able to come back pain-free, he wouldn’t be back at all.

At the point of surgery, just six months away from Wimbledon, it appeared that his plans to retire there this summer were out of the window. At that point, no one, including the man himself, knew whether he’d grace the lawns of SW19 again.

“I had always thought that if I could just play tennis, it would make me happy,” he told the Telegraph in an exclusive interview.

“But I was getting no enjoyment out of playing at all because it hurt. I’d win some matches, but I wasn’t getting any joy out of that.

“In fact, it was almost making me more upset because my hip hurt the more tennis I played.

“You’re just living in that moment of trying to bear that pain. And it takes a toll on everybody around you – my team, and obviously my family, have seen me struggling for such a long time.”

The roots of recovery 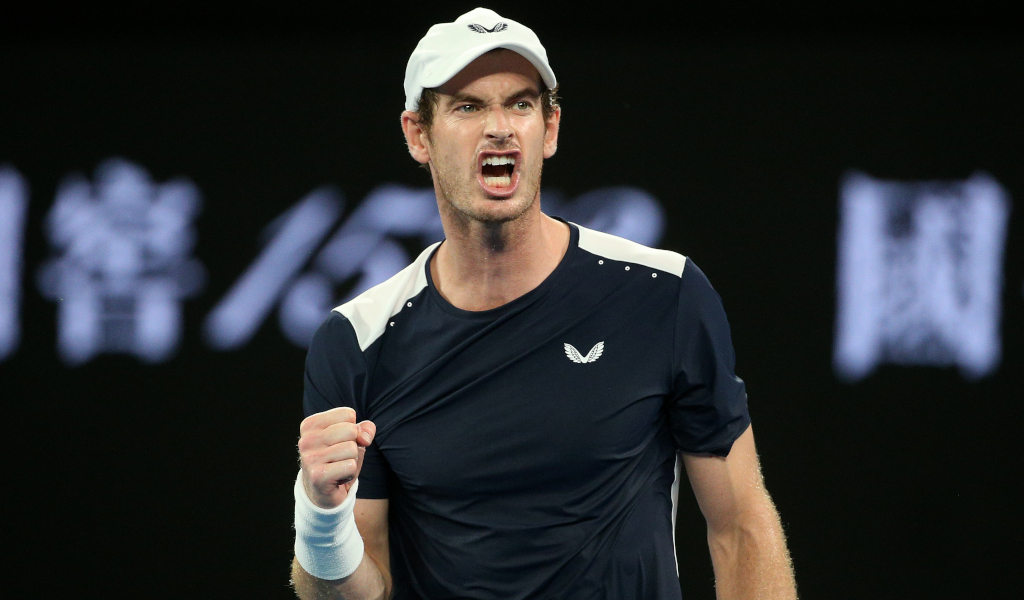 Slowly, the messages began to become more positive. Murray began to sound more like a champion on the comeback trail than a retired fallen star.

By June, ‘I don’t know if I’ll ever be able to enjoy tennis again’ had become “I don’t have pain, I just need to see how good the hip can get really.

“If I continue to feel good then I will obviously give it a shot in singles and see what happens, whereas in doubles I am pretty certain I will be able to play.”

Doubt and dismay, which had engulfed Murray for so long since his hip injury had taken hold of him, are slowly being replaced by positivity and ‘certainty’.

He posted videos of him serving on social media, the hallmark of someone completely confident and feeling good about what they are doing and announced he would return at Queens this year in the doubles competition.

It’s now clear that Andy Murray is not finished with tennis. Interestingly, though, and – believe it or not – encouragingly, that may be bad news for this year’s Wimbledon-goers hoping to get a sight of their man.

Wimbledon this year was the retirement plan. Make no mistake about that. It was the farewell tour, the one last stand, the sunset backdrop at the end of a career.

It might still happen, but no one should be happy if it does.

“The thing I said before was that, if I wasn’t feeling good there was more chance that I would play and then stop after Wimbledon,” explained Murray

“Whereas if it’s feeling good it makes more sense to give it time to make sure it’s as good as possible before I try to play singles on it.”

The litmus test will be Queens. If the grimaces of pain that accompany the end of every point have been replaced by smiles, we can probably expect a positive announcement regarding Murray’s participation at Wimbledon to follow.

That means that, either way, he is highly likely to play Wimbledon this year. However, singles competition may represent a goodbye to what Murray was.

Doubles, meanwhile, will look an awful lot like hope that Murray could return to what he once was.