We preview the Wimbledon women’s singles final and give you everything you need to know ahead of Serena Williams’ showdown with Simona Halep at the All England Club.

The 2019 final between Williams and Halep looks tasty with both booking their place in the showpiece match with easy wins over Barbora Strycova and Elina Svitolina respectively.

Recent form
Starting with Wimbledon, Williams kicked off the tournament pretty slowly as she looked sluggish in her early matches, but then gathered steam before it all came together against Strycova as she crushed the Czech 6-1, 6-2.

As for her form before the grass-court Grand Slam, well she didn’t play any warm-up tournaments as she has adopted this tactic since returning to the WTA Tour following maternity leave, while she only reached the third round of the French Open.

The 2018 French Open champion reached the last eight at Roland Garros this year while she has looked pretty ruthless so far at Wimbledon.

Head-to-head
The Wimbledon final will be the 11th meeting between the two and Williams is dominating their head-to-head as she leads it 9-1.

Their most recent encounter came at this year’s Australian Open when world No 1 and top seed Halep went in as the slight favourite, but it was the American who came out on top with 6-1, 4-6, 6-4 victory. 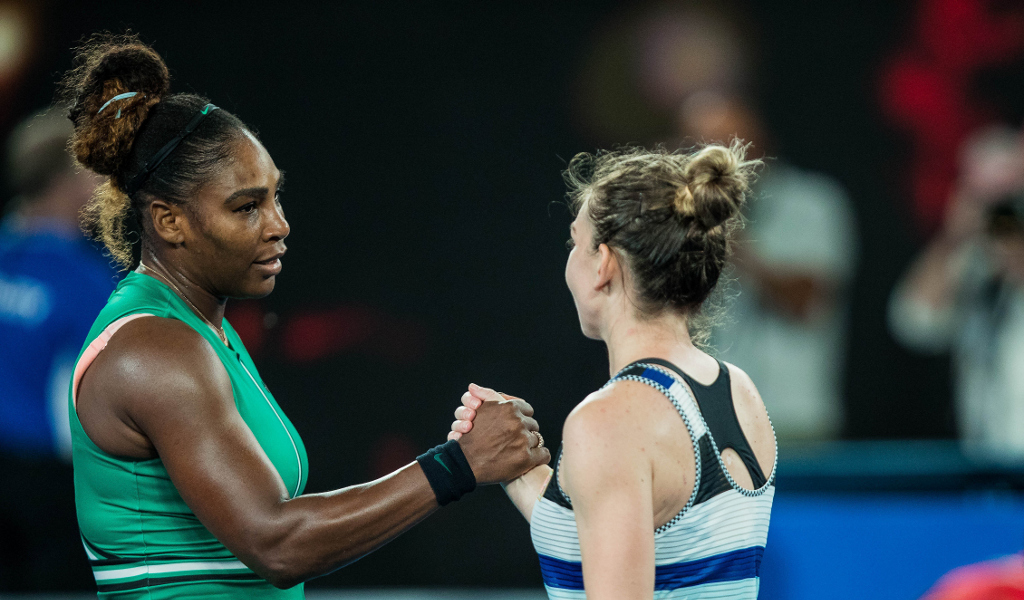 Serena Williams: “Now I’m in a different place. Like I just am more calm. Instead of having nothing to lose, I feel like I have things to lose, but I also have nothing to lose. It’s like I’m in the middle.

“I really want to do it. I’m in a different place because I wasn’t really playing a month ago, like, at all. So it’s all kind of coming together. I can’t really put how I’m taking it.

I actually didn’t think about it since because it’s really not about 24 or 23 or 25,” Serena assured. “It’s really just about going out there and giving my best effort no matter what.

“No matter what I do, I will always have a great career.”

Simona Halep: “It’s very special, this moment. To be able to play Wimbledon final, it’s pretty amazing. I will enjoy it for sure.

“I played many matches against [Serena], many of them were very close. I have learned that I have the chance. Now, if I face her, I will believe that I have my chance to win against her. Of course, I respect a lot what she has done and what she’s doing, but now I feel stronger mentally facing her. We will see what is going to happen. It’s just a big challenge for me.

“I think it’s a great feeling to face Serena in a Grand Slam final,” Halep continued. “If you are able to win, makes it sweeter. If you lose, then you have to look forward for the next one. I’m in a good position, honestly. I have no pressure on myself, just positive one. I have expectations for myself that I can do a great job on court Saturday.”

Conclusion
This is a tough one and most bookies have Serena Williams as the favourite with 1/2 odds the best you can get with Halep 8/5.

The 37-year-old American heads into match chasing history as she still looking for that elusive 24th major that will see her tie Margaret Court’s record.

However, she has lost her last two Grand Slam finals – against Angelique Kerber at Wimbledon last year and the 2018 US Open final against Naomi Osaka. She started both of those as favourite too, but was soundly beaten on the day.

Halep is in better form than Williams, but the Romanian herself is also jittery in finals as she has lost three of her previous four finals. She did, however, win her last final at the French Open in 2018.

Williams has the experience, but Halep is 10 years younger and you expect her to have the legs on the American.

It seems like a cliché and a bit of a cop out, but this may well be a case of who turns up on the day.