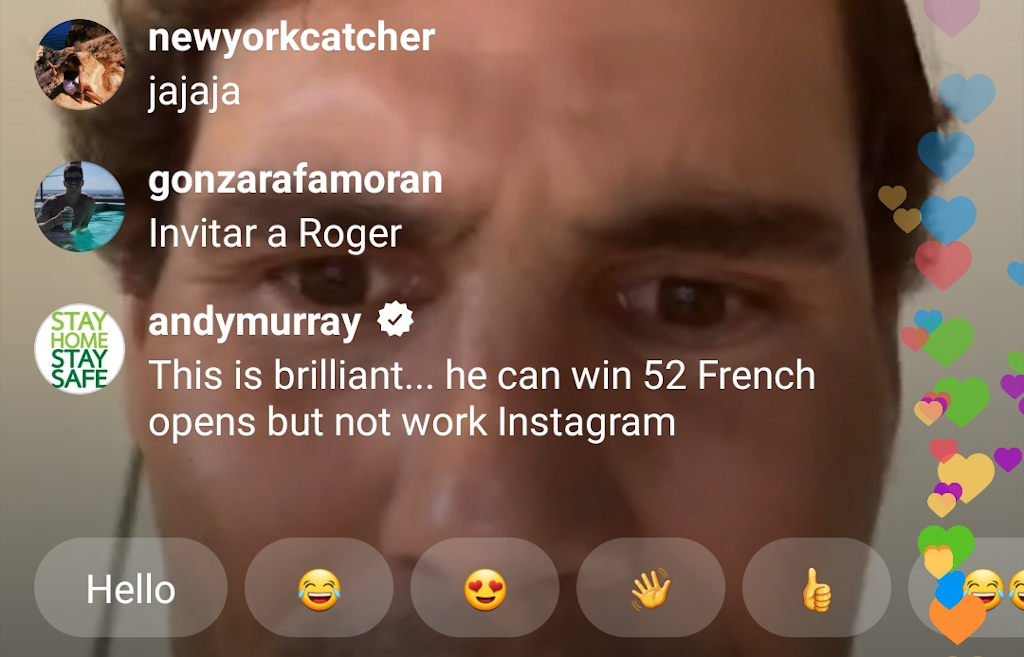 Instagram Live is proving to be quite a hit for tennis players and fans during lockdown (if you can figure it out) with Rafael Nadal the latest to host a chat with fellow professionals Roger Federer and Andy Murray.

The virtual chat got going with Nadal discussing the impact that the coronavirus pandemic has had on him personally. 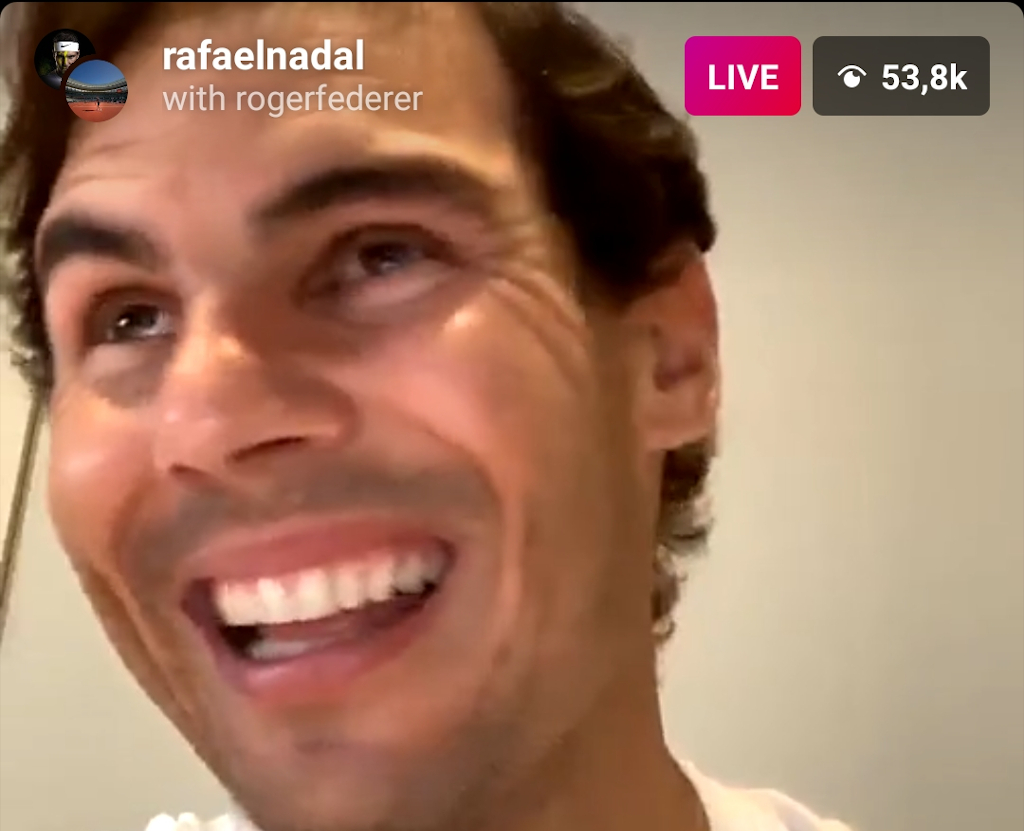 Tennis has been on an enforced break since early March and the sport is only expected to resume in the middle of July.

World No 2 Nadal admitted that it is frustrating not being able to play, but he is sticking to the rules.

“It’s true I don’t understand very well because we cannot play tennis when many people are going to work and even more so in our sport, where we keep at a large and safe distance and we play on opposite sides of the court,” the 19-time Grand Slam winner said during an Instagram Live.

“But I understand that we are in a very critical situation, that the government is dealing with something unprecedented and I also understand that the last thing they think of is who can train and who cannot train.

“I understand the situation and obviously there are many things that are not logical but you have to accept the rules.”

But things soon turned light-hearted as he first tried to add Federer to the chat.

“As you can see, I’m a disaster in everything. But I’m trying hard,” the Spaniard said. 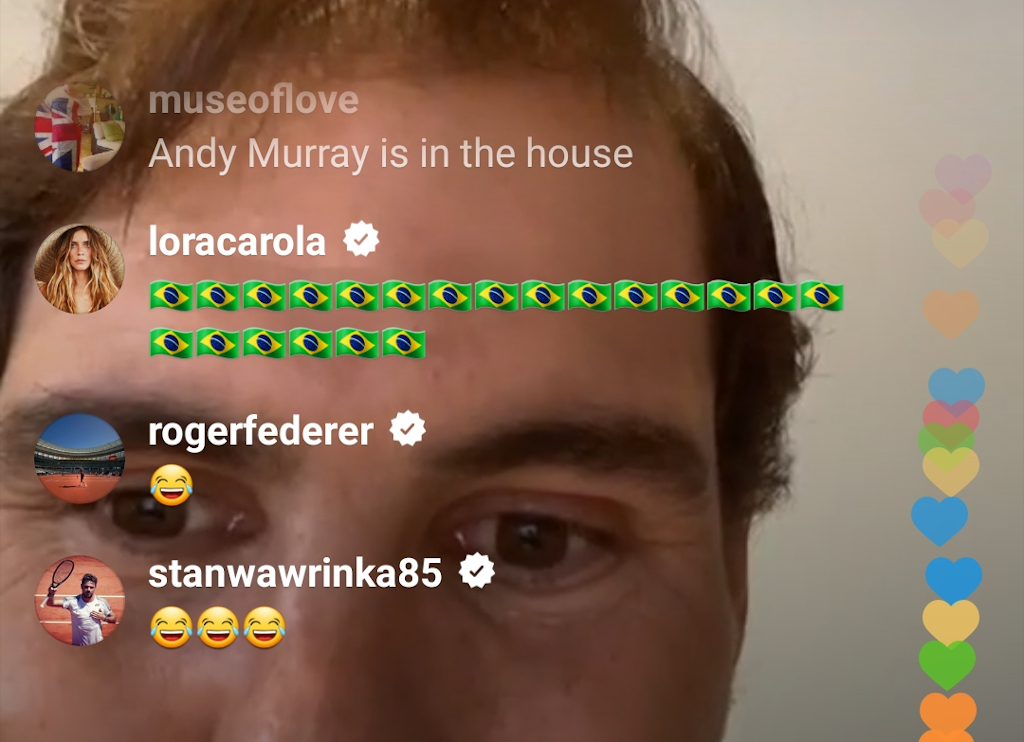 Of course his fellow pros decided it was a good time to poke fun at him with Federer and Stan Wawrinka all taking delight in his struggles while Murray added: “This is brilliant… He can win 52 French Opens, but not work Instagram.”

Eventually Federer was added and the 20-time Grand Slam winner wanted to know about claims that Nadal can play right-handed.

After 15 years playing against each other… We had the first meeting between @RafaelNadal & @rogerfederer in @instagram! 😍
Dis you enjoy it? 😊 pic.twitter.com/5Pe7gwwB5x

“I cannot play righty. That’s just a legend!” he said. “My basketball skills are with the right [hand], everything else is with the right, but not with football or tennis.

“I started playing with a two-handed backhand and forehand. The people I was working with probably didn’t know if I was righty or lefty.”

After Federer it was Murray’s turn and yes, he did struggle to add the three-time Grand Slam winner.

Murray and Nadal will be playing in the Madrid Open Virtual Pro later this month and it was a good time for them to catch up on their playing ability. 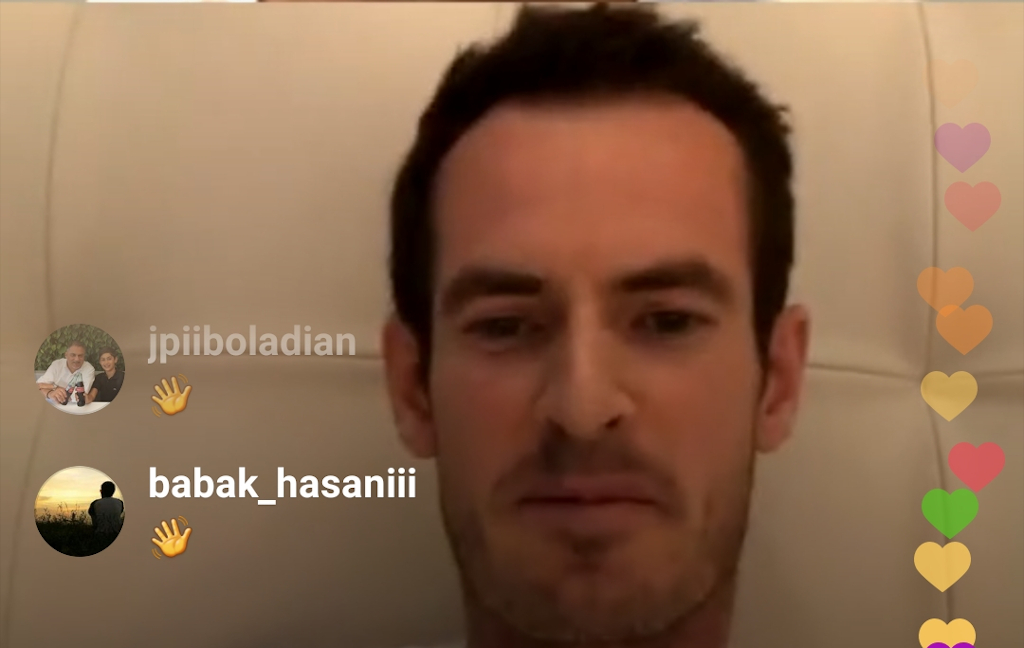 “We, I mean me and you, we were playing unbelievable but after a set your character was unbelievably tired. The energy bar on the side of the screen was almost empty. I thought I had never seen you getting tired after one set before.”

But the pair did set up a Playstation 4 date for later the evening to get some practice in.