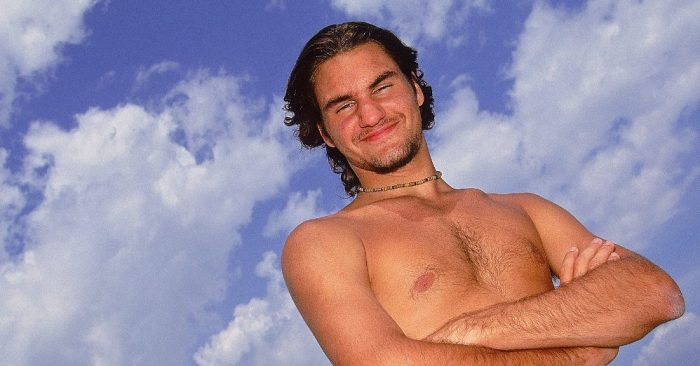 We are missing Roger Federer, although also still kind of angry at him for taking himself away from us. Therefore, it’s time to look at all the things he can’t do. 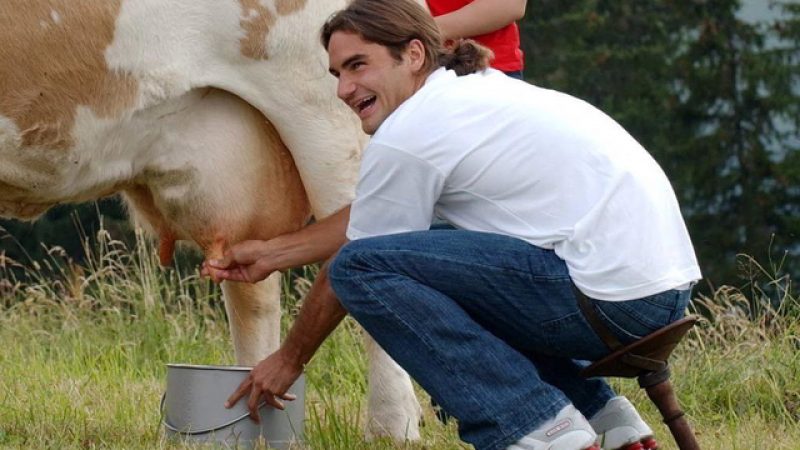 Roger Federer was presented with a cow at the Swiss Open 2003 after he became the first player from the country to win Wimbledon. It was a gift. A 764lb gift named Juliette.

“Now I need to find a garage for a cow, although I have no idea what a cow garage looks like,” Federer joked at the time.

He never got his cow garage. Juliette lived at a dairy farm and died just two years later of old age. Not before she had a calf, though, who Feds named Eidelweiss. Sadly, she’s gone too now. The current status of Eidelweiss’ own calf is currently unknown. 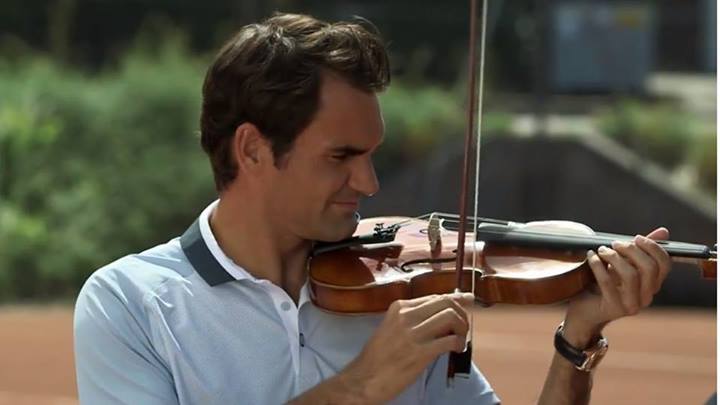 Roger Federer can’t play the violin. That’s just about all you need to know about that.

Do an American accent

The violin image is, of course, from a television commercial, which is something Feds is very prolific – and good – at. Perhaps his most humorous was when he donned a comedy fake moustache and American accent to go incognito for a Wilson advert.

Naturally, we use the term ‘American accent’ in its loosest possible sense, because it seems to be entirely restricted to the word “partner”.

Pull off a ponytail 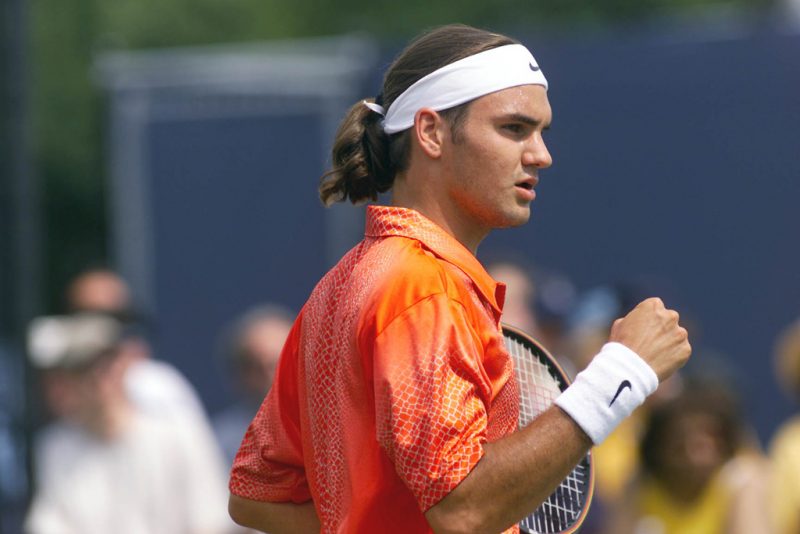 I’m sorry, Roger, but we have to talk about this. I know, I know, we all get carried away a bit in our youth when we think we can pull off a ridiculous haircut or two but just don’t know enough to know that we actually can’t.

You can’t pull this off Roger and never could. At least you never tried a topknot though.

Pull off a topknot 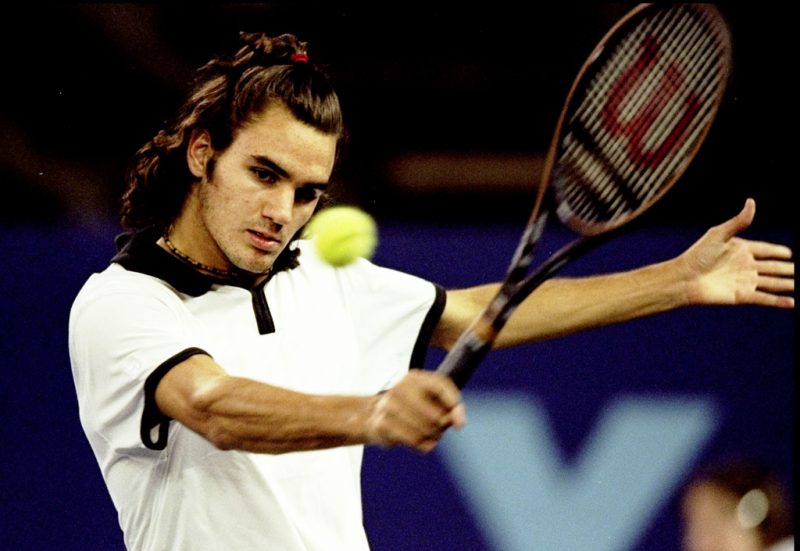 Bit awkward, to be honest.

Yes, Roger Federer did try the topknot. It actually predates the ponytail and, some cynics would say, his Nike deal which seemed to come with head-wear.

Whether or not Nike did us any favours with this, I don’t know, but either way he wasn’t exactly pulling it off.

Make any good hair decision for himself

We are committed now, so might as well go the whole way. It’s fair to say that Rog has never really excelled when put in charge of his own hair.

Left to his own devices, bad things happen…

Smoulder intensely – despite what The Rock says

Sorry Feds, The Rock is just humouring you!

Hey @TheRock, am I doing the “Smoldering Intensity” right? pic.twitter.com/5A5ILEXYNK

When you’re the GOAT there is no wrong brother. Perfect form

for those who don’t know.. “Smoldering Intensity” is one of my character’s strengths in #Jumanji. And like Roger, “Dr. Smolder Bravestone” has no weaknesses
https://t.co/KdS76H1nec