VIDEO: Alexander Zverev the gif(t) that keeps on giving 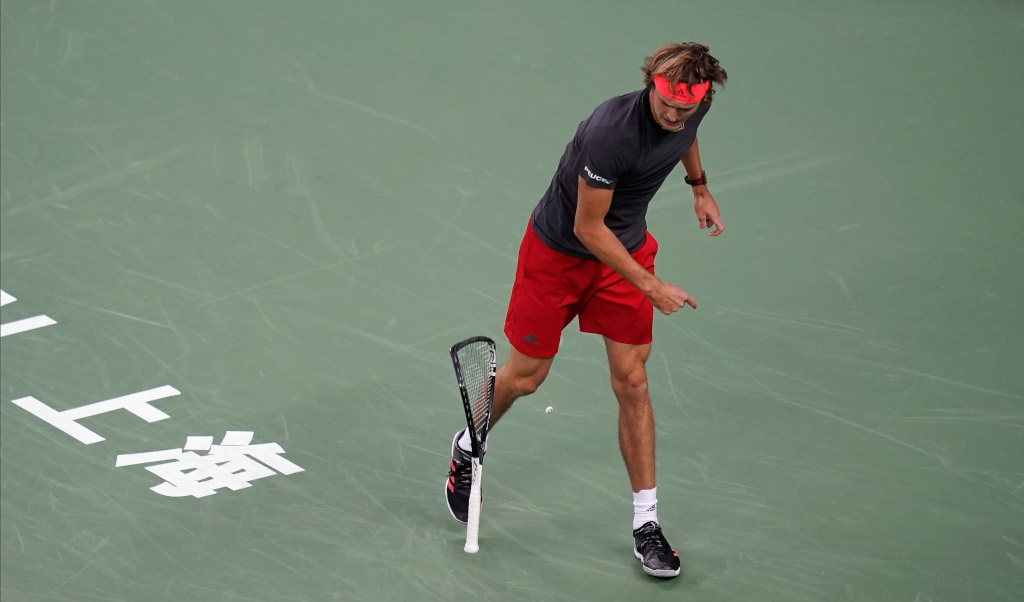 When he is not scaring ball boys, he is breaking rackets and then giving it to fans. Alexander Zverev provides us with plenty of entertainment.

As you will recall, the German celebrated so hard earlier during the Shanghai Masters that he frightened a young ball boy.

Not to worry, though, as Zverev more than made up for it after the match by meeting the youngster.

Here is the evidence from Tennis TV.

He then suffered a heavy 6-2, 6-1 defeat at the hands of Novak Djokovic during his semi-final on Saturday and his frustration got the better of him.

But then also did this.