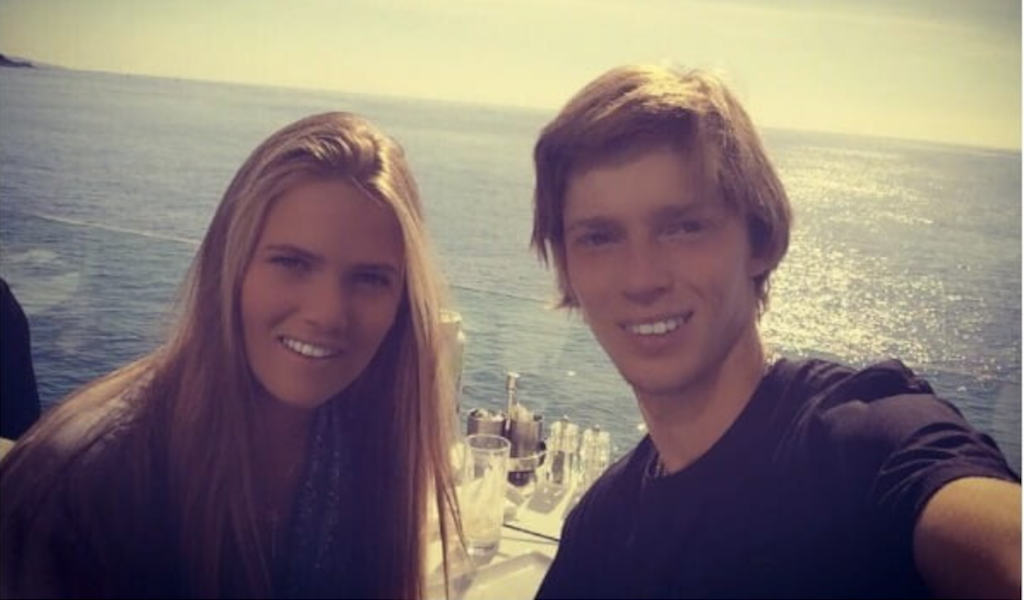 Andrey Rublev has been a fixture in the top ten of the ATP Rankings in 2022 and with that prominence comes attention.

If you’re wondering about the World No 9’s relationship status, he has been in a committed relationship for a number of years now.

Homutova, who is Latvian but grew up in Moscow, met Rublev during a practise at an event in 2016 and the pair reportedly felt an immediate connection.

According to unverified sources, Homutova is a nurturing and caring coach and has a good rapport with her young students.

She is said to be a humble person who shuns the limelight, this is evidenced by the fact that not many people know very much about her at all.

Homutova seems to like it that way but she might well be thrust into the limelight should her long-time partner make a big breakthrough on the ATP Tour.

She is often spotted in Rublev’s players’ box at events all over the world and is a regular feature on his Instagram stories.

At this stage of his life and career, Rublev is something of a rolling stone having admitted in 2021 that he does not own a residence because life on the tour is very expensive.

Available information indicates that Andrey Rublev has still not put down any sort of roots although he generally trains out of a base in Miami while his family reside in Moscow.

Official statistics fix Rublev’s prize money winnings at a little over $2.7 million this year, however that figure is deceptive.

Barring a handful of events most ATP Tour prize money is taxed by the country the event is played in and further taxes can be levied in the player’s home country or country of residence.

Rublev has a residence in Monaco allowing him to avoid having The Federal Tax Service of Russia taking their cut of his ATP Tour dosh, however, it might be a case of swings and roundabouts as the residence costs him a pretty penny to rent.

His father is a former professional boxer and his mother and girlfriend share his passion for tennis.

Rublev’s mum Marina Marenko is a former professional and a coach at the Spartak Tennis Club in Moscow.

Marenko received state honours for her work as a tennis coach receiving the Medal of the Order “For Merit to the Fatherland” in 2009.

Rublev reached the last eight and Roland Garros and the US Open in 2022 and won back-to-back titles in Marseille and Dubai.