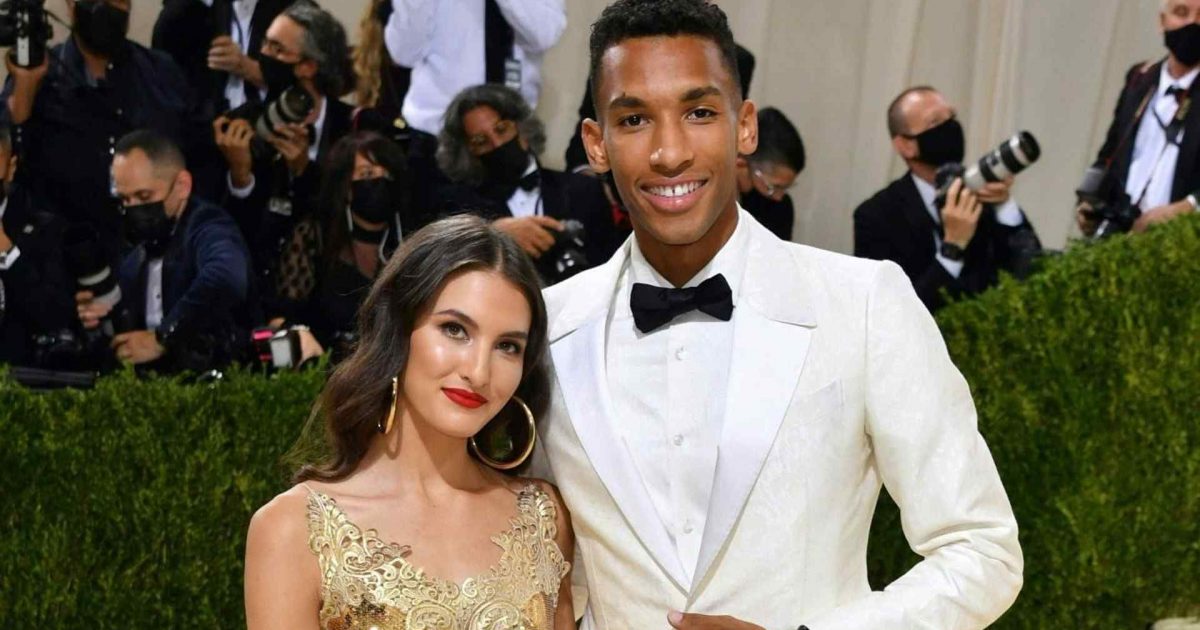 Little is known about Felix Auger-Aliassime’s girlfriend Nina Ghaibi except for her family’s love of horses.

Ghaibi is a noted professional equestrian while her father has previously worked with Equestrian Connection a company specialising in the use of horses therapeutically.

On Instagram we get to see that Ghaibi enjoys the life of a jet-setter.

She appears to be an avid traveller who frequently shares images taken in fashionable spots all over the globe.

No stranger to the African continent, Ghaibi recently visited Togo, the country that Auger-Aliassime’s father was born in.

Officially Ghaibi is a Croatian citizen but she was born in the United States and has also lived in a number of different countries in Europe.

Her father is Moroccan and her mother from Croatia so Ghaibi is used to an upbringing informed by the melding of different cultures.

Ghaibi came into contact with the tall dark and handsome Canadian through her cousin, who just so happens to be Croatian-born Australian player Ajla Tomljanović.

The couple are also close friends with Matteo Berrettini who was rumoured to be dating Tomljanovic for a time.

“Both our girlfriends are cousins, so it just happens that we spend a lot of time together,” Felix Auger-Aliassime revealed.

While Ghaibi rarely lets slip any truly private details of her life, her Instagram account is public and makes no secret of her extensive travel to support or spend time with Auger-Aliassime.

There are plenty of snaps of the happy couple to enjoy amidst some holiday videos and significant moments.

Ghaibi was in Rotterdam to witness Auger-Aliassime winning his first title on the ATP Tour.

The beautiful Ghaibi enjoyed a Valentine’s Day in the Dutch city while Auger-Aliassime savoured the big title win.

She has popped up time and again supporting her beloved this season.

During the off-season the lovebirds were spotted in Paris taking walks along the Champs Elisees.

They have now been dating for over three years having first revealed their relationship back in 2019.

Ghaibi has stood by Auger-Aliassime as he rose through the ranks and in 2022 she got to enjoy seeing him win four titles.

Her man was also able to break into the top ten and scored big wins as Team World achieved their first-ever Laver Cup victory over Team Europe.

By all accounts Ghaibi is a friendly, generous and outgoing young lady and you can’t help but wish the young couple well.