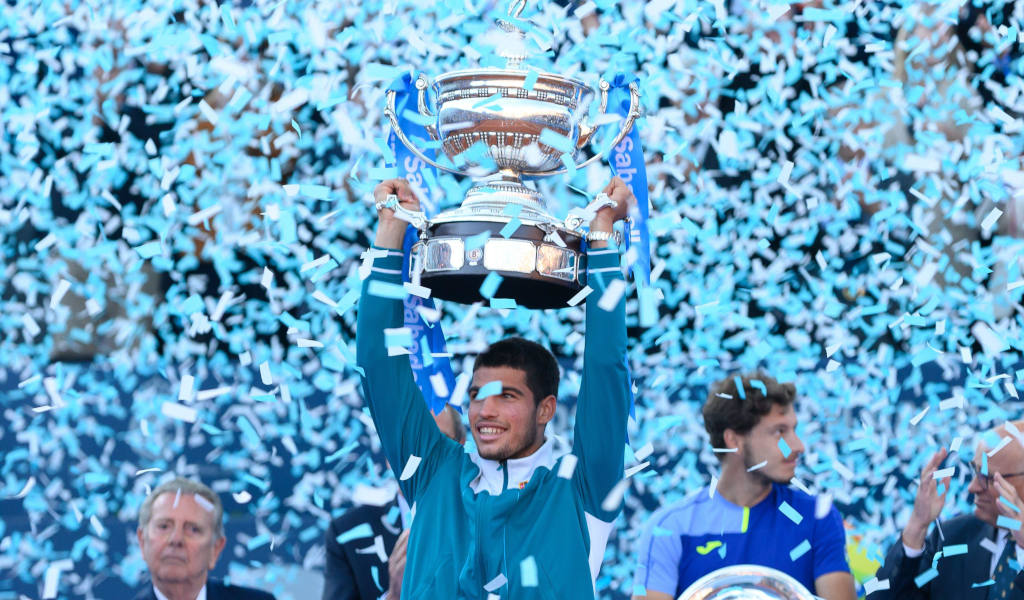 Carlos Alcaraz claimed his third career title and moved to 10-0 in ATP 500 tournaments in 2022 with an entertaining run to the Barcelona Open title.

Here we look back at a wet week in Catalonia.

Alcaraz’s compatriot Carreno Busta flew under the radar throughout his run to the final.

By the last four the tournament had lost the quartet of top seeds.

Court changes and wild weather made for a difficult week for the top players in Barcelona.

The top four seeds all made the quarterfinals only to lose to players with lower seedings.

The 69th edition of the Barcelona Open was marred by wet weather and fan protests.

The sun did grace the Pista Rafa Nadal for the final day.

Top seed Tsitsipas endured a rough week and took criticism for his behaviour during his loss to Alcaraz.

Welcoming crowds back at full capacity the Barcelona Open was well-attended despite the miserable weather.

Spanish fans could get behind a new hero with Rafael Nadal missing the event due to injury.

The Barcelona Open served as a spotlight for one of the game’s brightest young talents.