GALLERY: When tennis and football collide!

With the World Cup up and running in Russia, we take a look at times when the football and tennis worlds have collided.

There is really only one place to start, and that is with Rafael Nadal. The Spaniard has been around football all his life due to his uncle, Miguel Antionio Nadal, who played for Spain and Barcelona. 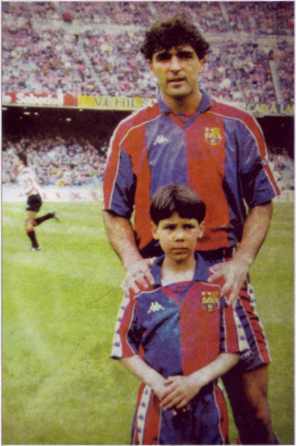 Rafa grew up, but he grew up loving Real Madrid, despite his uncle’s allegiances. 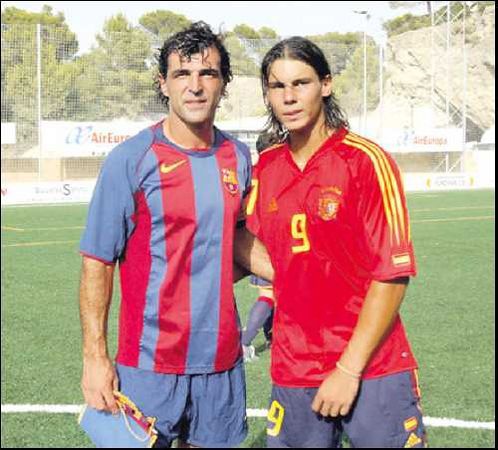 And Real Madrid love Rafa, too, just like the rest of us. 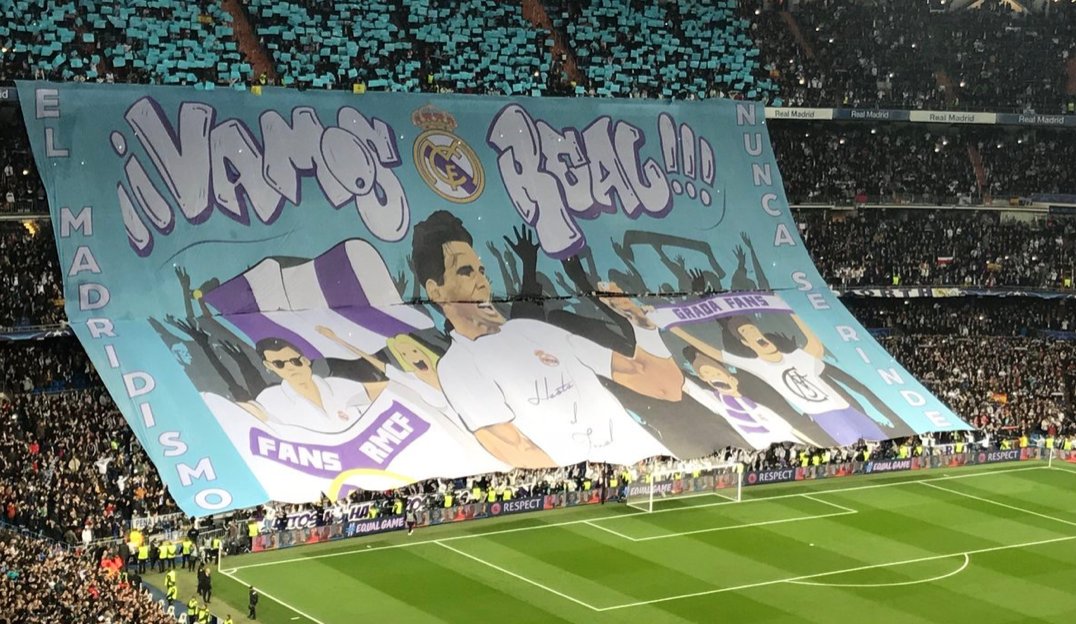 Nadal even got his hands on the World Cup once. Is there any trophy that man cant win? 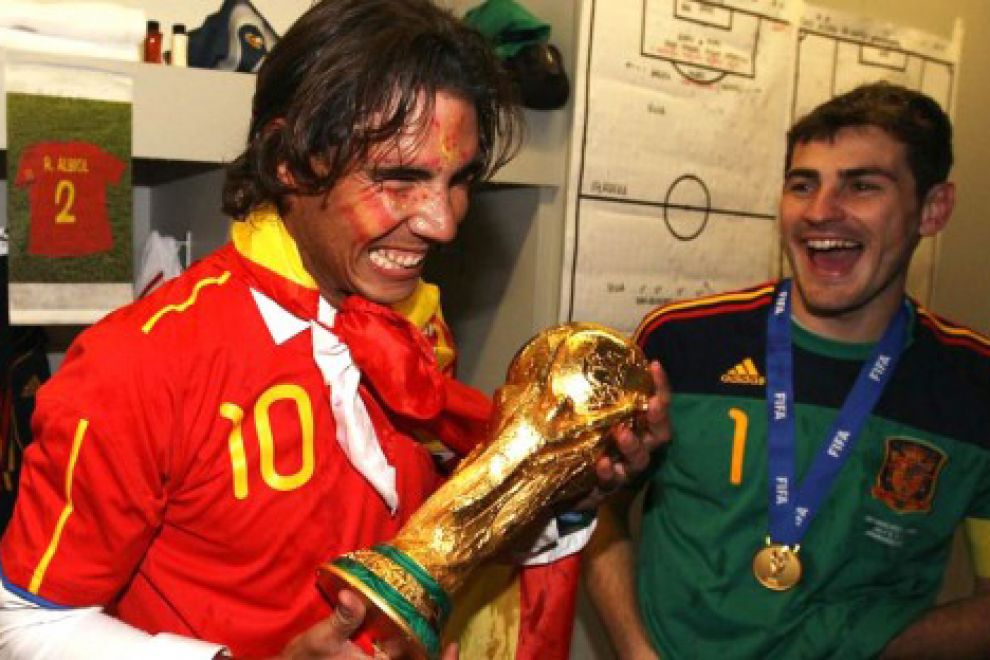 Will Smith was among the crowd when Rafael Nadal and Novak Djokovic donned Boca Juniors shirts for a charity match in Argentina. 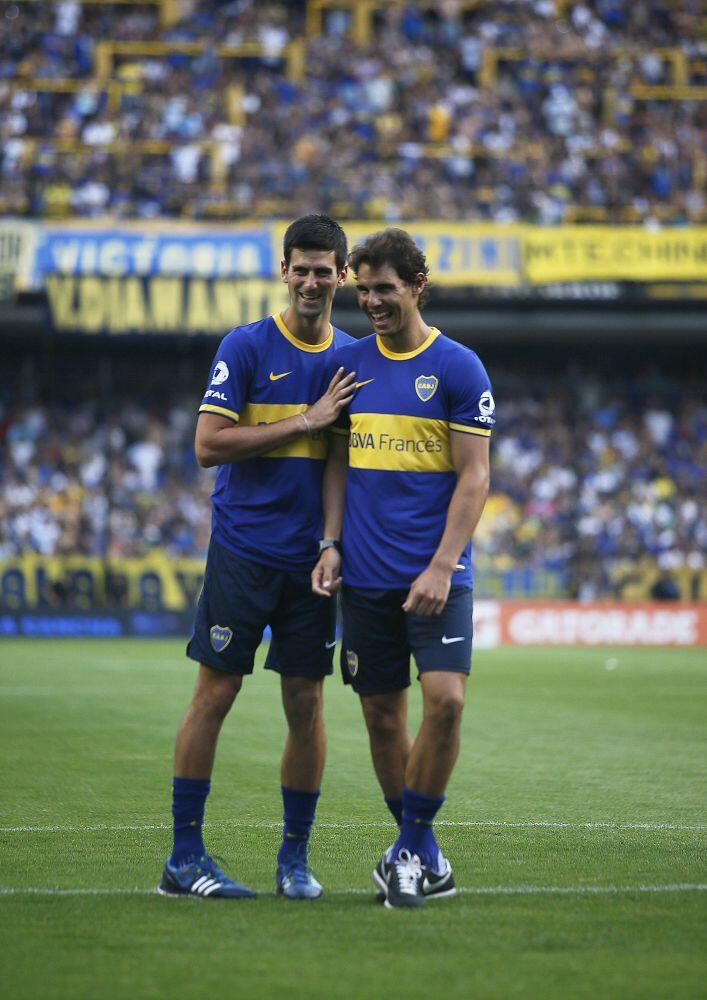 Andy Murray loves a charity match too, and shows some of the poise of his grandfather, who was a professional footballer in the Scottish league. 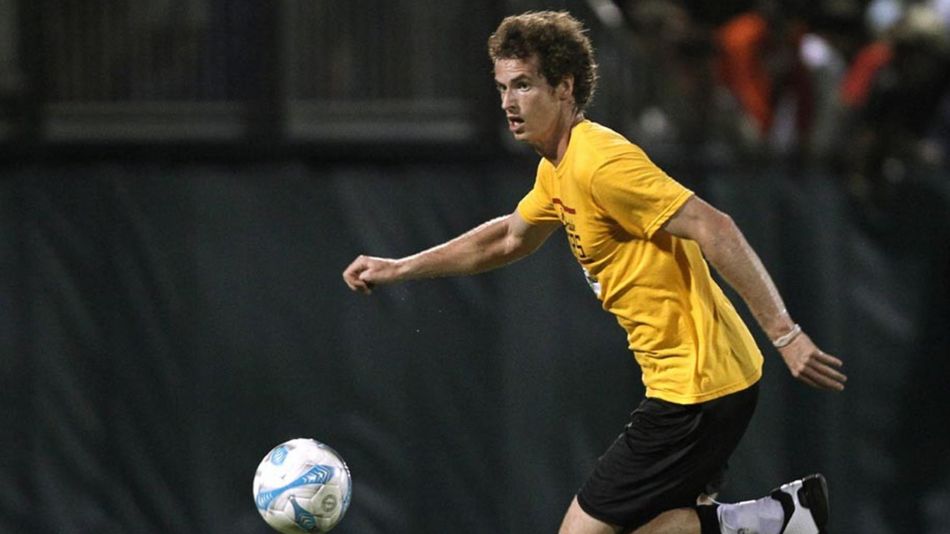 And Dominic Thiem has been known to get his boots on for charity on occasion too. 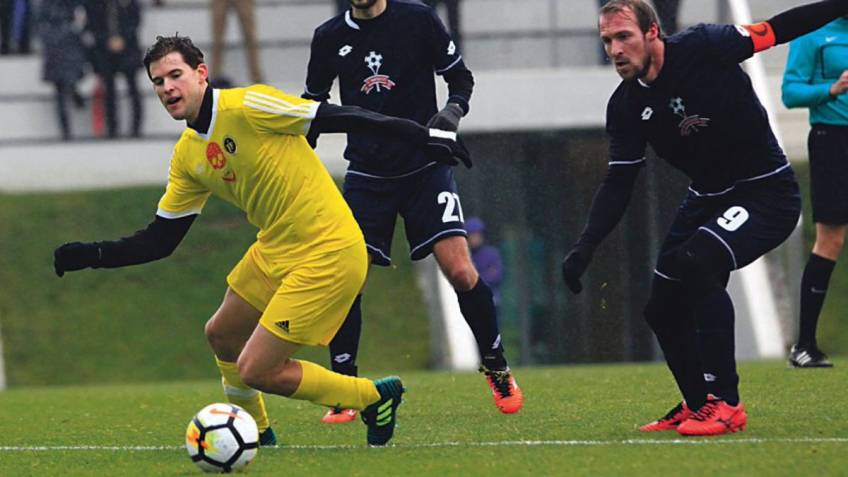 However, the Austrian’s first footballing love will, apparently, always be Chelsea. 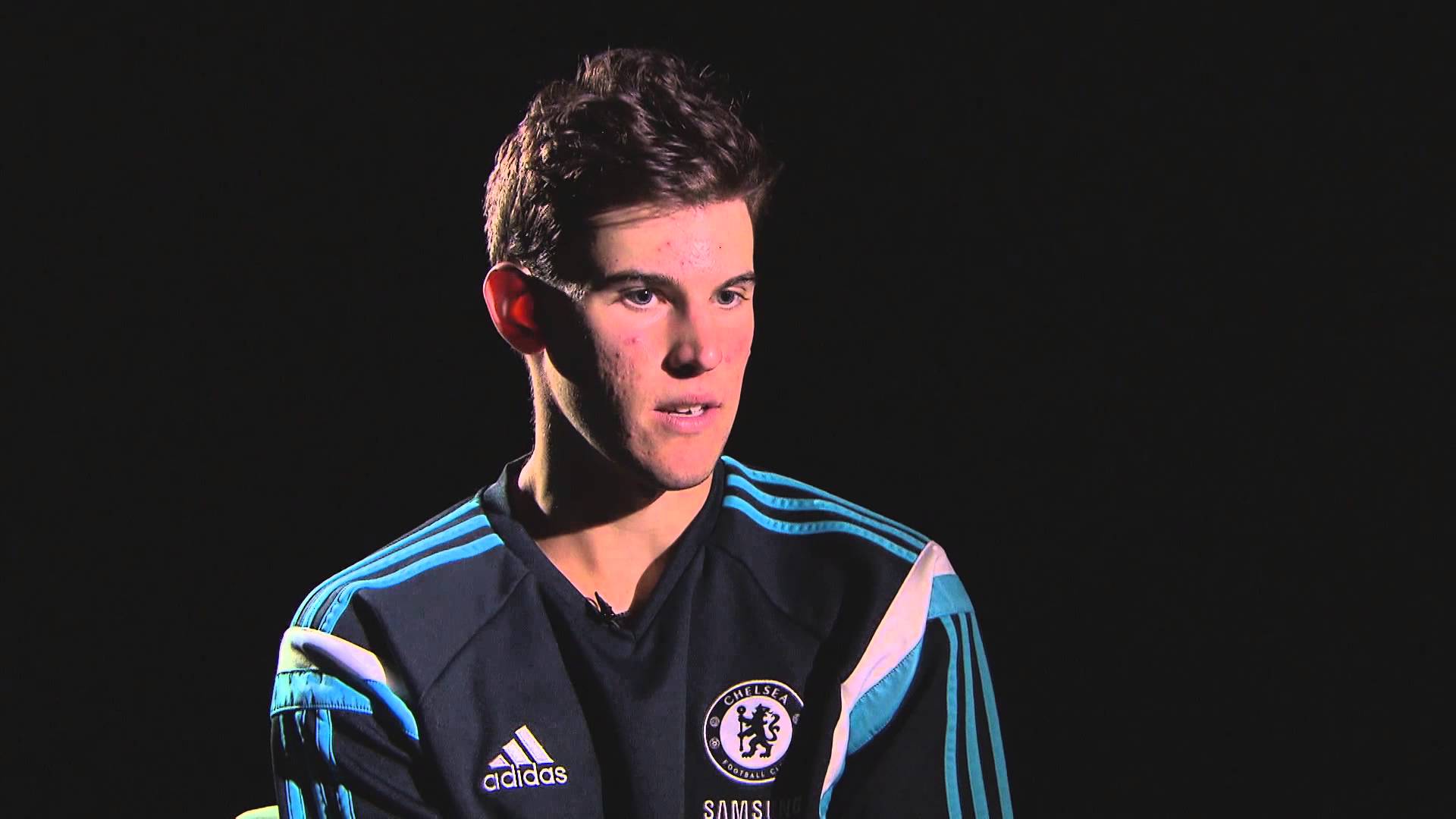 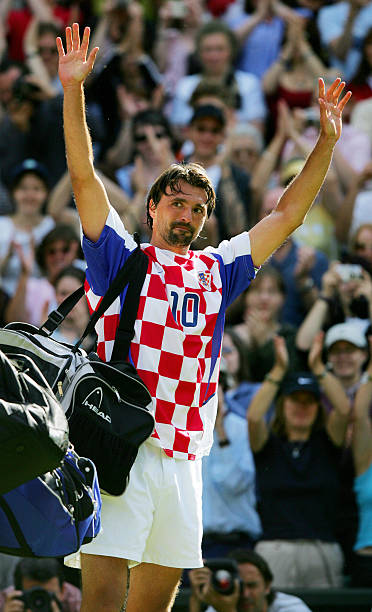 Although he’s also, somehow, a West Bromwich Albion fan and not afraid to show it. 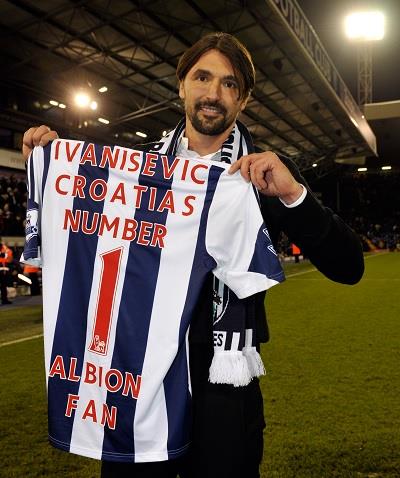 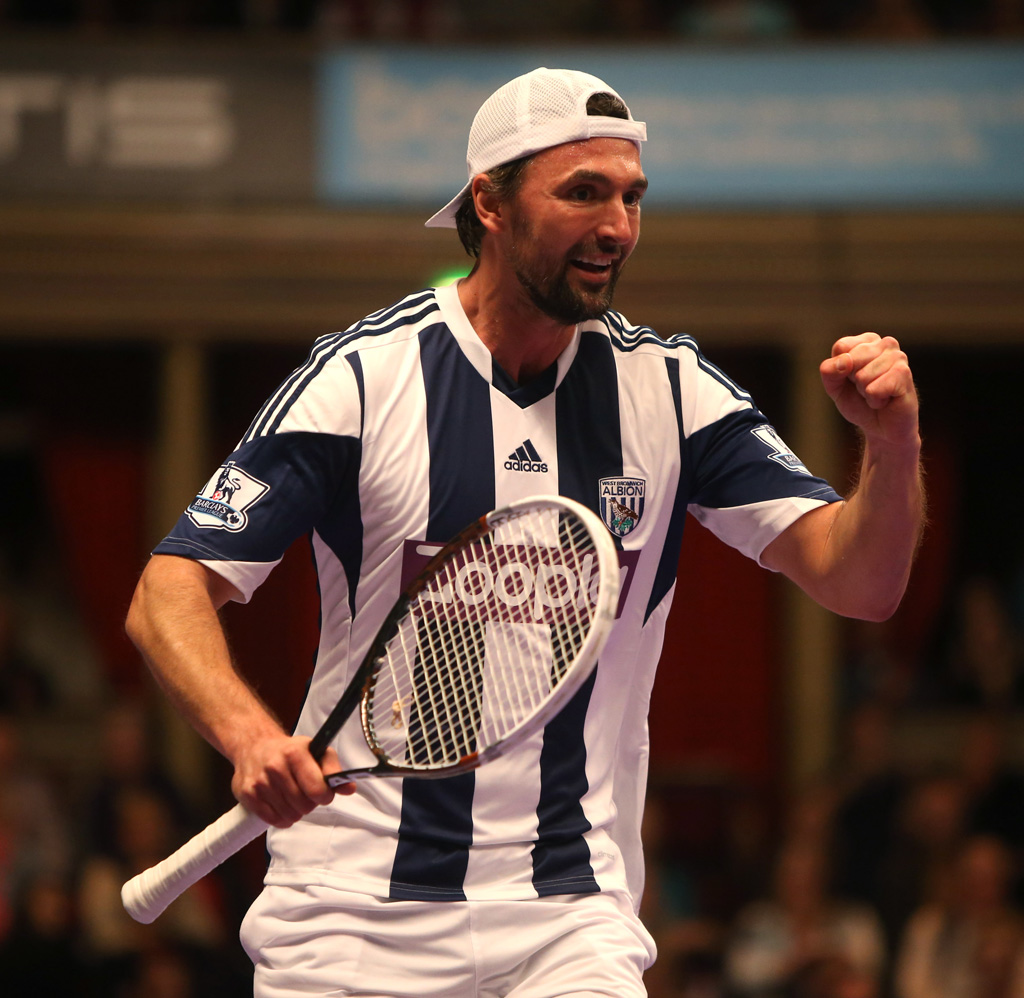 He’s even got John McEnroe in on the act! 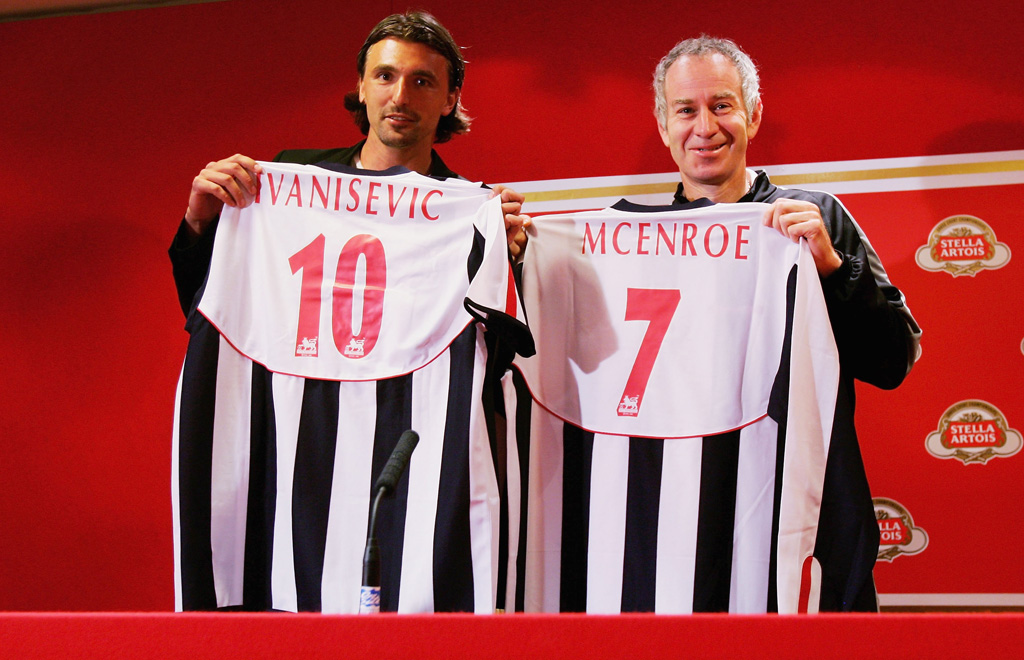 Here is Anna Kournikova enjoying a kick-around with her mother at Queens. Why? Well why not? 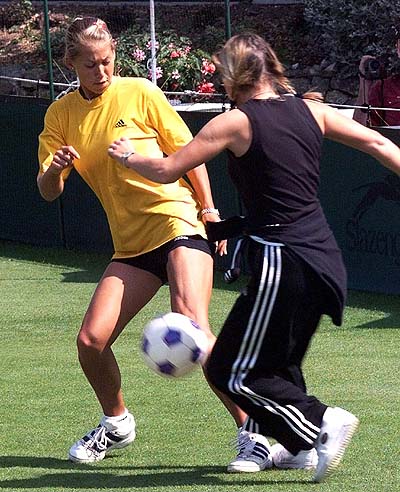 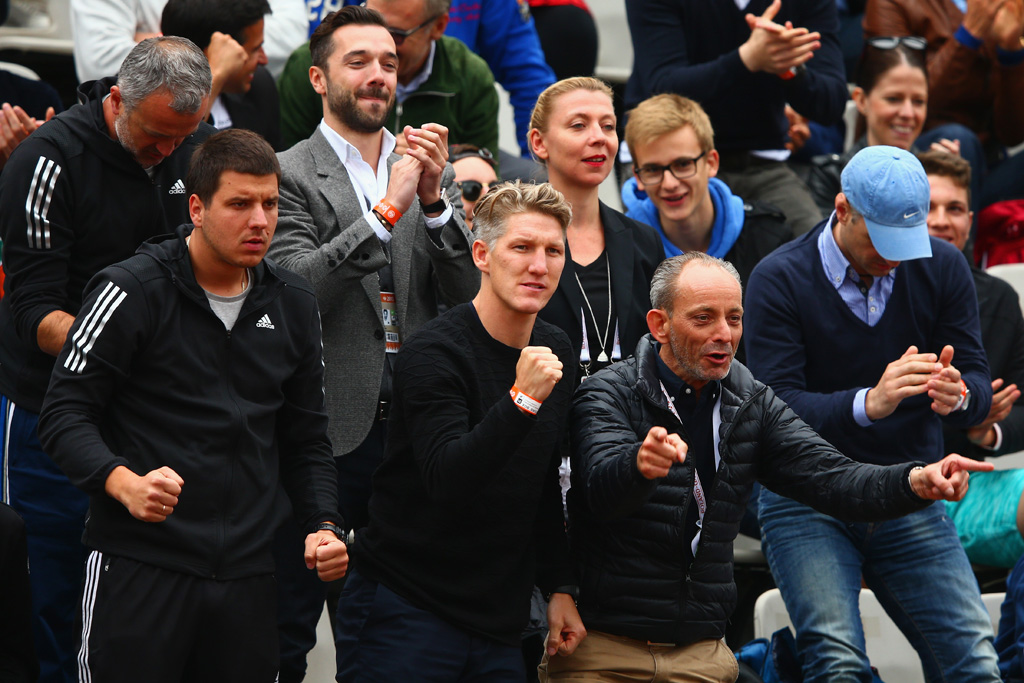 Since Ivanovic’s retirement, though, they have more time to watch things together. 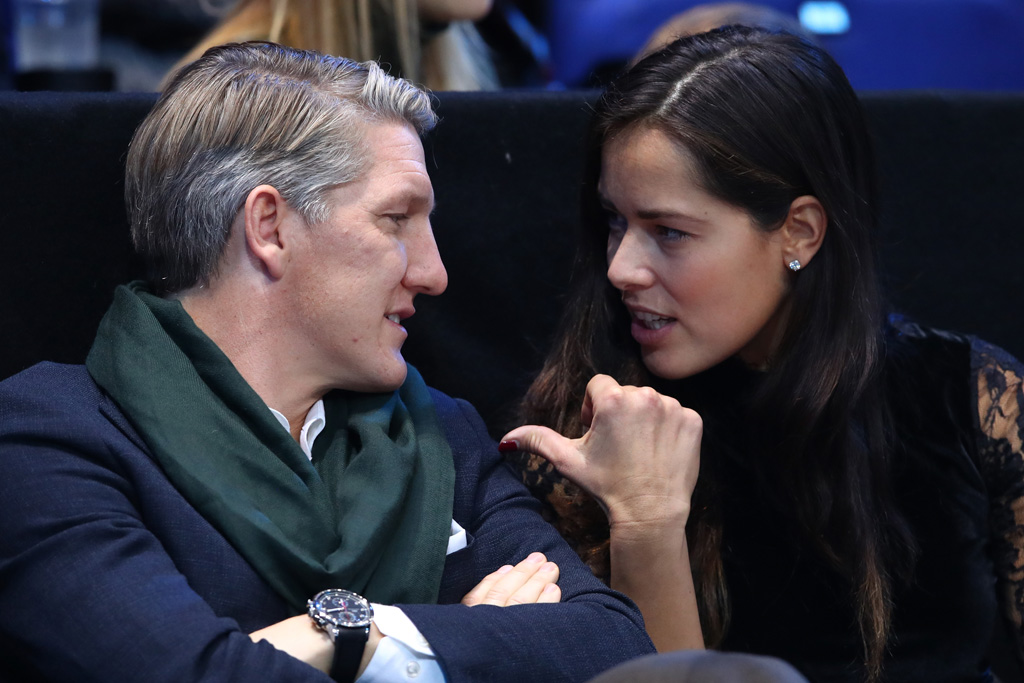 And Roger Federer has been known to show up to support FC Basel, of whom he is a self-confessed fan. 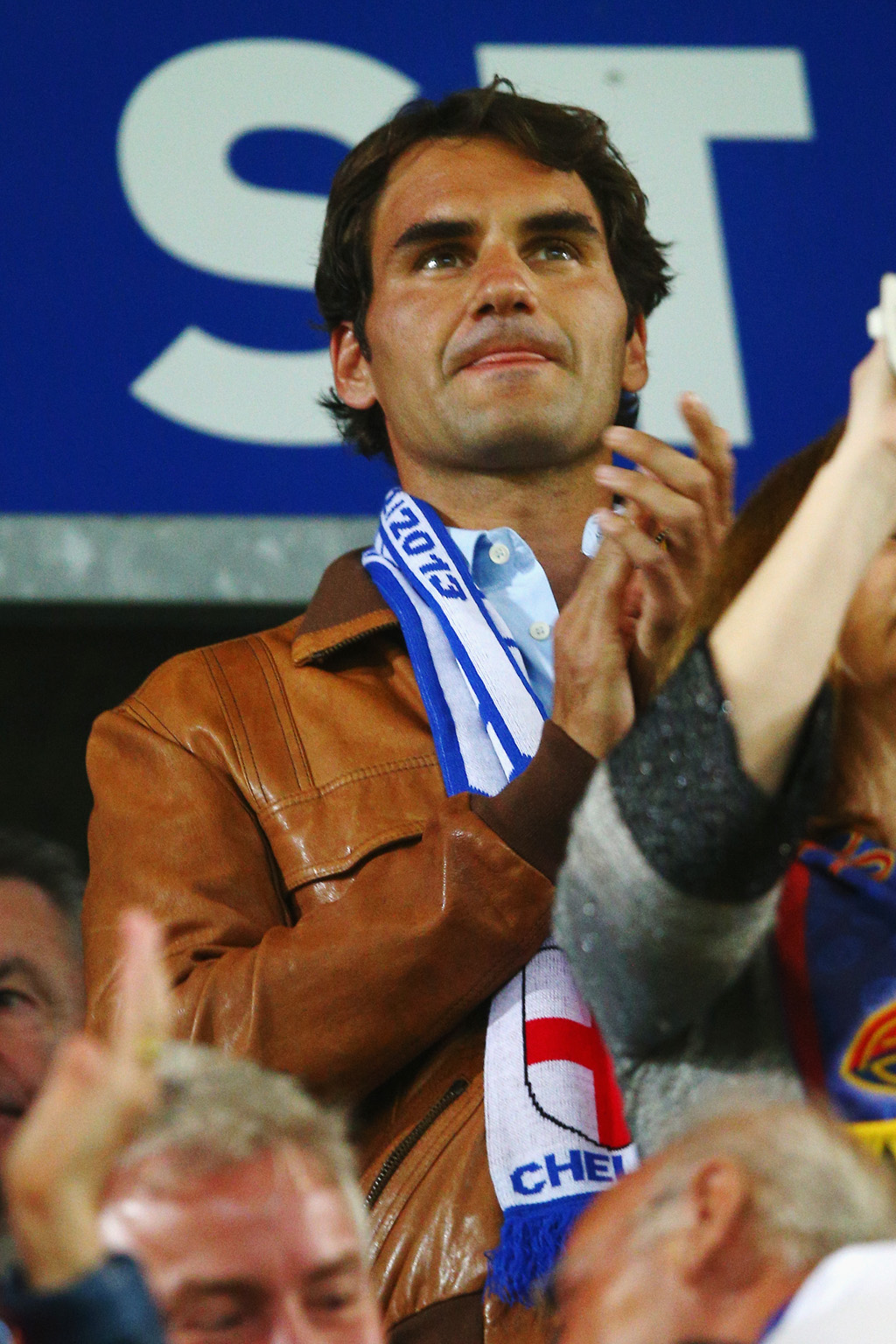 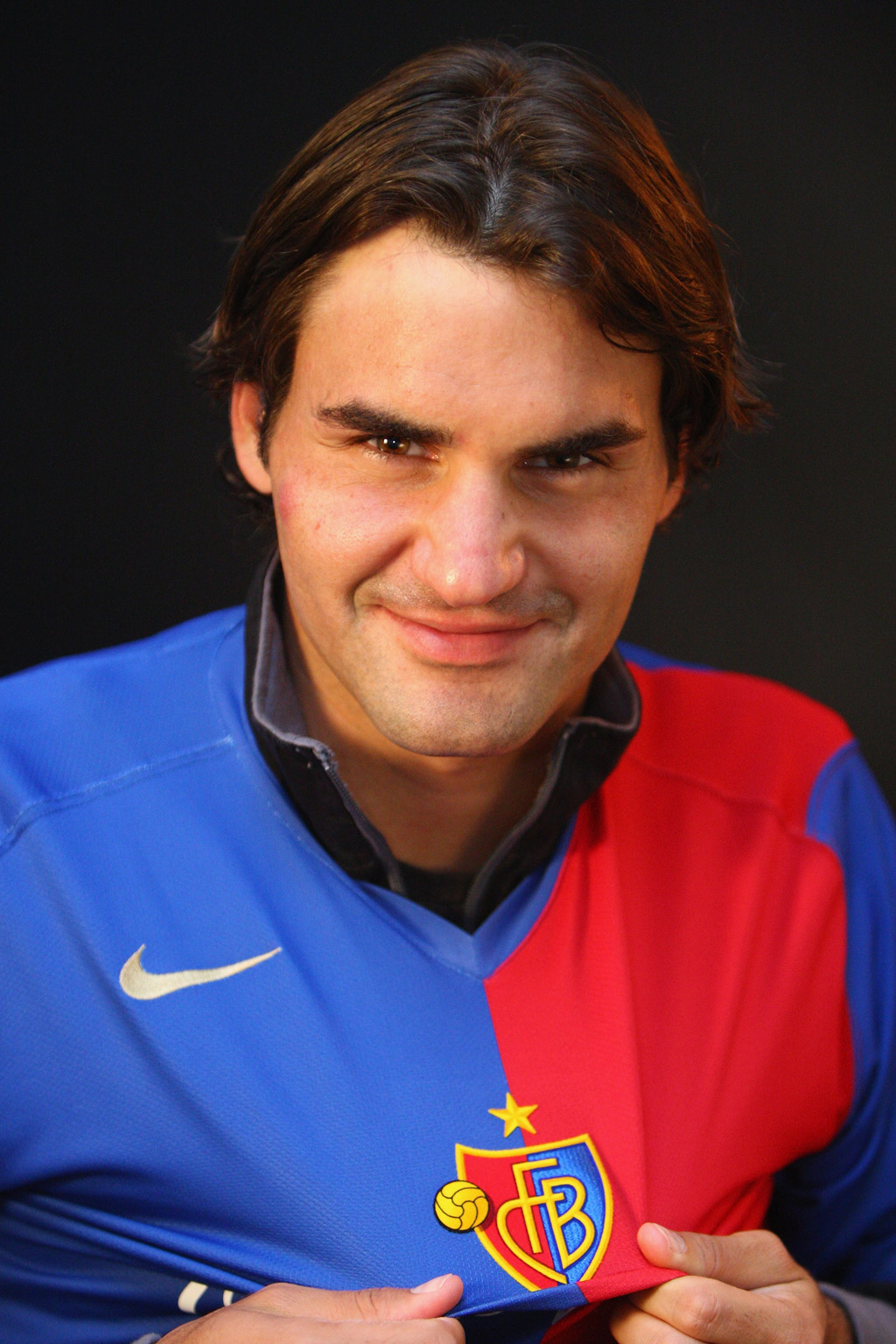 Although he also likes a kickabout in a Brazil shirt. Then again, who doesn’t? 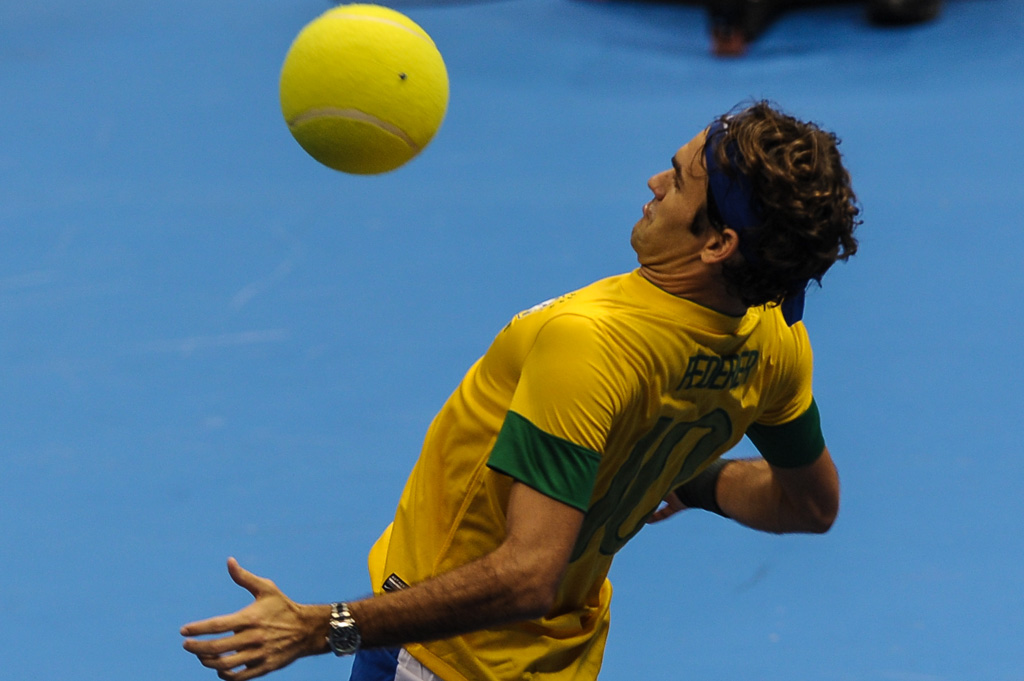 Zlatan Ibrahimovic decided he quite fancied a game of tennis with Novak Djokovic at the BNP Paribas Masters in Paris. True story. 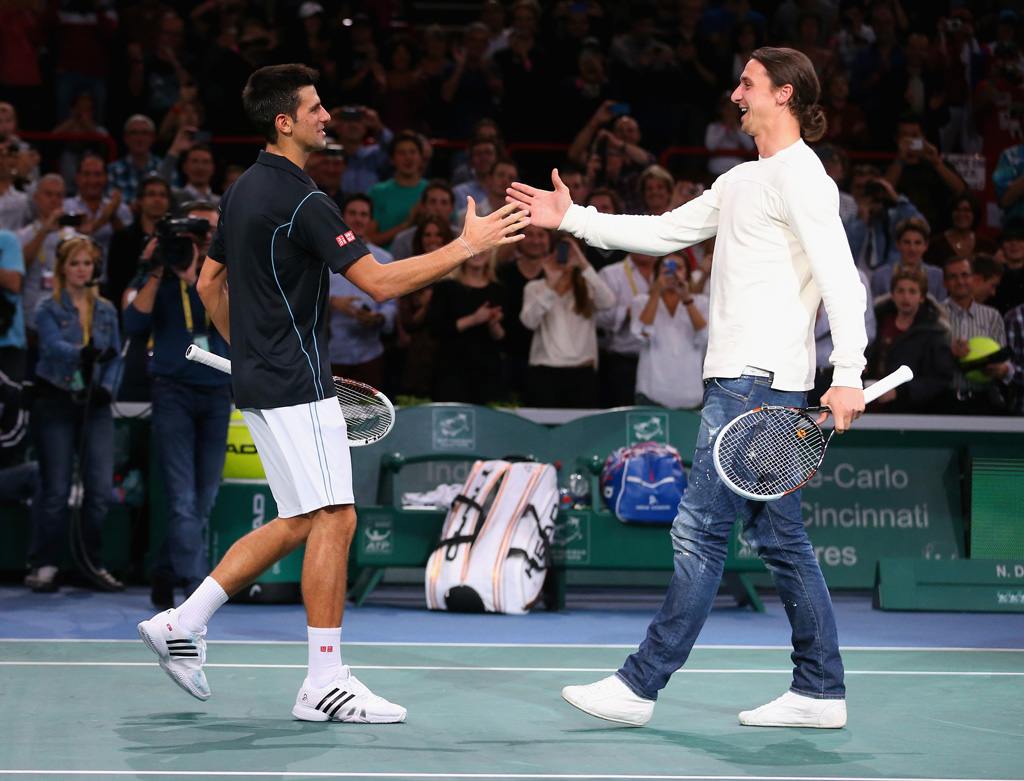