Juan Martin del Potro gallery: From winning the US Open to swimming with dolphins and Davis Cup glory 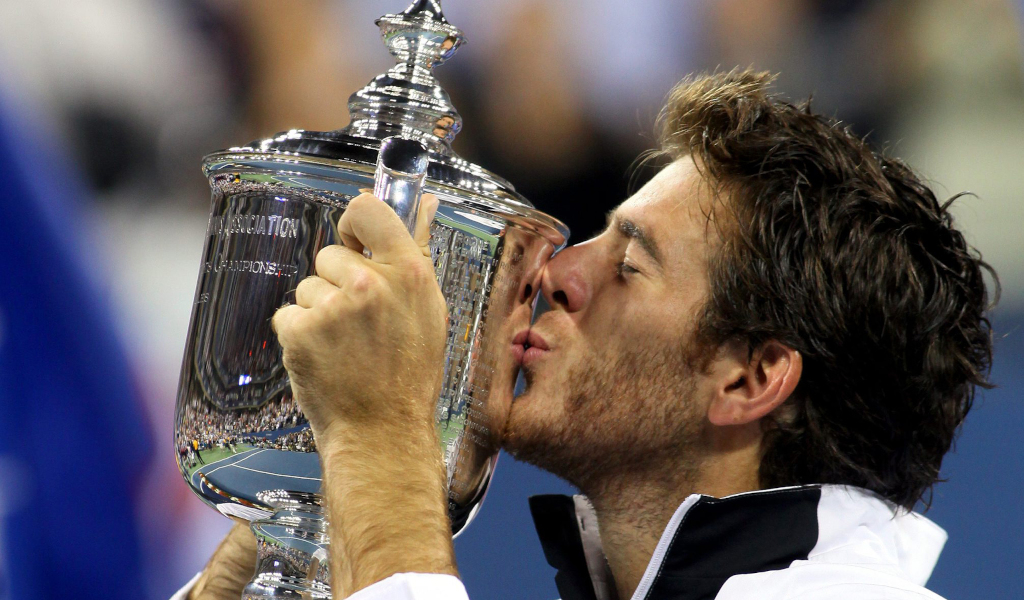 Juan Martin del Potro enjoyed plenty of highs on the ATP Tour and with the former world No 3 looking set to retire from tennis, we look at some of his greatest moments and a few of his lows in tennis.

A 19-year-old Juan Martin del Potro had his first taste of trophy success at the highest level in July 2008 when won his maiden ATP title with a two-set victory over Richard Gasquet in Stuttgart.

And it is not only trophies that started to roll in as he also managed to bag a snazzy Mercedes SLK 350 with his Stuttgart Open victory.

He had soon started to build a big reputation as someone who could take down the biggest names in the sport as Rafael Nadal found in Miami in March 2009.

Del Potro enjoyed a truly remarkable 2009 US Open as his powerful serve and booming forehand delivered a perfect combination en route to the final.

Del Potro experienced the sweet taste of success at the 2009 US Open as he was the last man standing with the victory ensuring he joined the Grand Slam winners’ circle.

The injuries soon started to take its toll as he missed the bulk of the 2010 campaign after undergoing an operation on his injured wrist.

You can’t keep a good man down for too long though as he once he returned to full fitness, the trophies started to flow again. Here he enjoys his second Estoril Open title.

The 2012 London Games delivered an all-time classic as he battled Federer for four hours and 43 minutes in the semi-final, but he ended up on the losing side at Wimbledon.

There was a smile on his face a few days later as he won his first-ever Olympic medal, a bronze medal after winning the third-place play-off against Djokovic at Wimbledon.

The following year he returned to SW19 for the grass-court Grand Slam and enjoyed has best performance at the All England Club before losing in five sets to Djokovic.

What followed was two nightmare season due to injury as he underwent wrist surgery at the beginning of 2014 and again a year later with one of the few highlights being a swim with the dolphins in Miami.

He made a triumphant return in 2016 as he defeated world No 1 Novak Djokovic in the first round and Rafael Nadal in the semi-final to reach the gold medal match at the Rio Games.

He came up short in the final against Andy Murray as the reigning Olympic champion successfully defended his gold medal, but it still signalled a triumphant return for Del Potro.

His comeback year ended in spectacular fashion as he was part of the Argentina squad that lifted the country’s maiden Davis Cup trophy as they defeated Croatia.

Football legend Diego Maradona enjoyed every single moment as they all took in the country’s first Davis Cup title. He certainly knew a thing or two about winning big titles.

Del Potro was overcome with emotion as after almost two years on the sidelines, he made a triumphant return to help Argentina to lift the Davis Cup.

Juan Martin del Potro in full flow as a sight to behold and one that most fans welcomed as he regained his best form over the next few months.

There was also individual glory at the 2018 Indian Wells Masters as he beat Federer in three sets to win his first-ever ATP Masters 1000 title in California.

Later in 2018 he reached his second Grand Slam final, but this time he was not the last man standing as Djokovic beat him in three sets in the US Open final.

He followed up his US Open final appearance with another run to the final in China a few weeks later and was hoping it was a sign of things to come.

There was more heartbreak in 2019 as he injured his knee and required four operations that kept him sidelined for more than two years. When he eventually returned in 2022, it was only to say farewell.